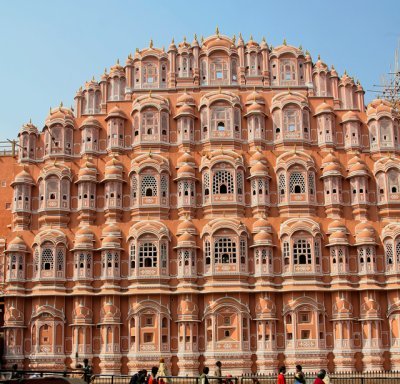 Hawa Mahal Jaipur: Hawa Mahal in Jaipur, Rajasthan also known as Palace of winds was built by Sawai Pratap Singh in the year 1799. The huge wall was built mainly because the royal ladies can peep through the small windows (called Jarokas) to enjoy the street festivals and also for the cool breeze to come inside the palace especially during summers. Built with red and pink sandstone, Hawa Mahal is a blend of Hindu and Mughal architecture.  The architect behind this huge palace was Lal Chand Usta. Maharaja Sawai Pratap Singh was impressed by the huge construction of Ketri Mahal. Hence he decided to construct huge Hawa Mahal in Jaipur. During the olden days the royal ladies were not allowed to mingle with other ladies and also were in practise of purdah system(covering the face with dupatta), hence the royal ladies were denied to enjoy the street festivals. This was the main reason for the construction of Hawa Mahal with 943 Jarokas. 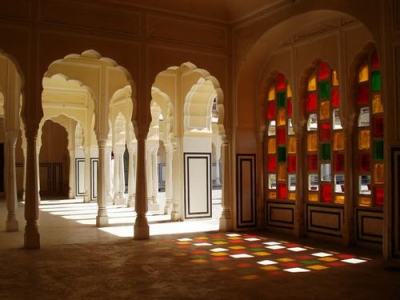 Architecture  of Hawa Mahal in Jaipur

The palace consists of 943 Jarokas with open frame work with criss cross pattern giving the resemblance of honeycomb of beehive. The main reason for constructing Jarokhas in criss cross pattern to Latticework was that no one would see the royal ladies from outside and for the cool breeze. Each Jarokas had small chambers and fountains for each chamber. The royal ladies could comfortably sit and watch the street festival with the cool breeze from the fountains 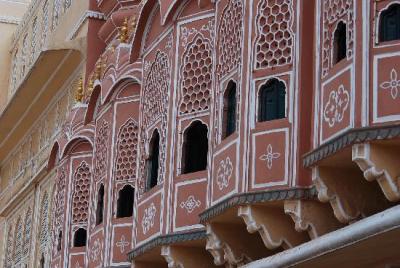 The Mahal is built in the shape of the crown of Lord Krishna. The pyramidal shape palace is at a height of 15m from the base. It consists of 5 storeys.  While the first two floors consists of courtyards the last three floors has a width of a single room. There are no steps inside to reach the top floor, only narrow slopes are provided to reach the top floor.  The entry to Hawa Mahal from the city side is through a small imperial door. An archaeological museum is also present in the Hawa Mahal. To go to the top floor one has to take a ramp as there are no stairs in the palace. Fountains at each chamber provided the cooling effect especially during summer months. The Mahal is further extension of city palace and leads to Zenana or women chambers. The main attraction is the falling of golden sunrays early in the morning giving a magnificent view of the Hawa Mahal.

How to reach Hawa Mahal in Jaipur

Hawa Mahal is located in Badi Choupad in Jaipur which is easily accessible. The palace remains open from 9am- 5:30pm. However many tourists visit this Mahal in the early morning to take the magnificent view when the golden sunrays fall on the Mahal. As the place in Rajasthan, the best time to visit is from October to March.

Jaipur is easily accessible on road. From Delhi one can hire a taxi. It takes 4-5 hours from Delhi to reach Jaipur. Good transport facility is available from different parts to reach Jaipur. Another important palace in Jaipur is City Palace. 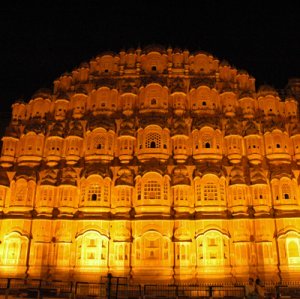