Higher education in India has grown and improved remarkably well after independence. India’s higher education is the third largest in the world after United states and China.

One can see a tremendous increase in the number of Universities and colleges across India. However there are various issues like financing, management and many other issues. British control on the Indian education was continued until 1935 after passing of government of India at of 1935.

The main governing body at the third stage of education or territory level is the University Grants Commission.  The emphasis and importance for territory education lies mainly on science and technology. 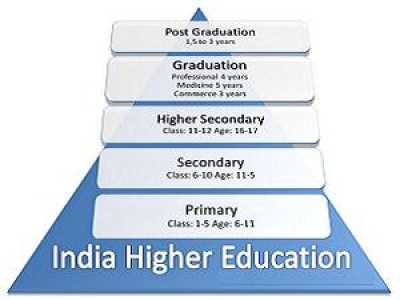 After passing class 10th students are allowed to choose of streams for class 11th. The stream can be Humanities or arts, commerce and science.  On completion of class 12, students are supposed to take up various entrance exams for getting admission in any professional course or for any other degree.

The admissions to various courses in different colleges in based on the percentage of marks secured in class 12 and for various profession courses like engineering, Law, Medicine, Charted accountant admission is purely based n the entrance exams.

In the Indian system of education graduation system is divided into two parts under graduation and post graduation level.  To complete a degree in under graduate it takes three or four years depending upon the course.  The three year under graduate programme are mostly in the field of arts, commerce, science and four year degrees include Engineering, technology, Agriculture and Pharmaceutical sciences. Law, architecture and medicine are five year course after class 12.

Different types of Universities in India

Central Universities: Are established by the act of the Parliament. As of November 1st 2019 there are around 50 central universities in India out of which 9 are funded government of India and are not under the purview of UGC

State universities: Are controlled and managed by the state and are usually established by local legislative assembly act.

Deemed Universities: It is an accreditation awarded to higher educational institutions in India by giving the status of the Universities.

Different streams a student can choose after completing 12th standard or IInd PUC. Academic field may vary with certain degrees or courses available in all universities and in some other professional courses they are stick to only particular college. 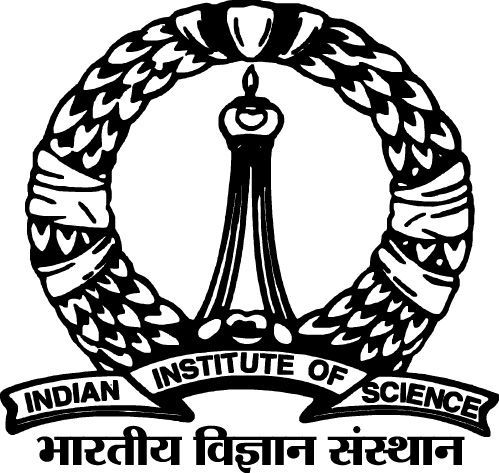 Details of the streams for Higher education in India

Humanities is a stream which a student can take to study and do graduation and post graduation after 12th. The main aspects of this field Human society and culture. It includes the study of ancient and modern languages, history, geography, literature, philosophy, psychology and sociology. There are many colleges and universities which offer these bachelor and master graduate courses in India. After completion of Bachelors degree one can further do Master in that particular course.

Science is another important stream which a student takes up in class 11th. Science is a very vast subject and has a wide range of options for students to select in both undergraduate and post graduate level. Some of the core subjects which usually a student studies include Biology, Chemistry and Physics. Making a career and choosing the appropriate field and subject would be difficult. One can go for some Bachelors courses like B.Sc or go for any professional courses like Engineering, Medicine, Agriculture or pharmacy. Professional courses has an entrance exam which a student has to clear before joining the professional field.

Law/ Legal education in India:
To become a legal professional one has to have a valid degree in the legal field. In India legal education can be for three years or for five years. If you join after class 12 or IInd PUC then it is for five years where in a student is awarded with B.A L.L.B and if a student joins after any degree then it is for three years. There are entrance test which a student should clear to join the Law course.

Problems and challenges in higher education in India

Post independence the higher education in India has improved drastically. But it still has many challenges and problems which is further stopping for the growth of quality education. One of the major issue is the financing and the management of the colleges. The lack of funding from the state has led to poor quality of education in government colleges. However the private institutions have very high fee which is difficult for the poor students.

Private colleges do provide good faculty and has over all growth but due to its high fee it is possible only for elite few to join.  The higher education also faces challenges like politics, enrolment of students and accreditation. Without accreditation the government considers the university as fake institutions which has no legal entity to call itself as university and the degree awarded by these universities are not considered as valid.
Hence it is very important to see the validity of the university before joining any college or university.