India is a culturally rich country. Indian art history can be traced back to pre-historic era of around 3000 BC. It is believed that Indian art evolved during Indus Valley Civilisation. There are different art forms of India like the Indian paintings, sculpture, Indian pottery and Indian textile art.  Even the modern India is best known for its art, science. Literature and beautiful architectural buildings built in the history of India.

This modern art is culturally influenced by various religions like the Hinduism, Buddhism, Sikhism, Jainism and Islam. Even in the historical period the various monuments, temples built had the influence of the religions. Archaeologists have found out various evidence with regard to cave paintings, various monuments and many more. 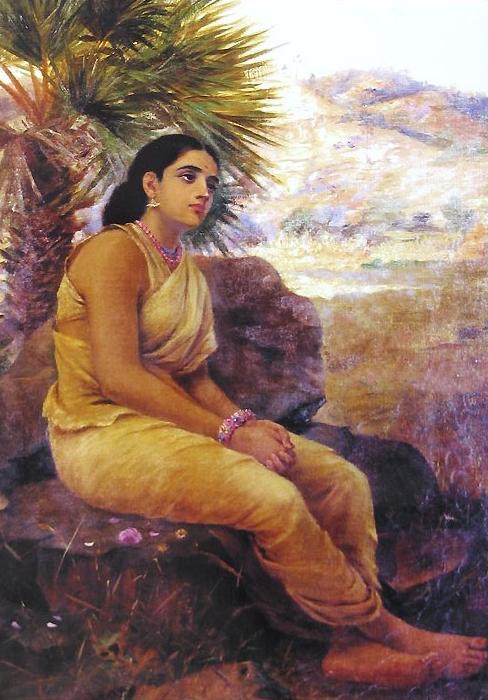 Murals are the paintings that are applied directly on wall, or any permanent surface. An important characteristic of mural paintings is that one can see the architectural elements in the paintings. Miniature paintings are done on small perishable items like book or a small piece of cloth. As the time changed there was a change even in the Indian paintings and many modern art paintings have evolved. Here are some details of some of the famous Indian paintings. Click here 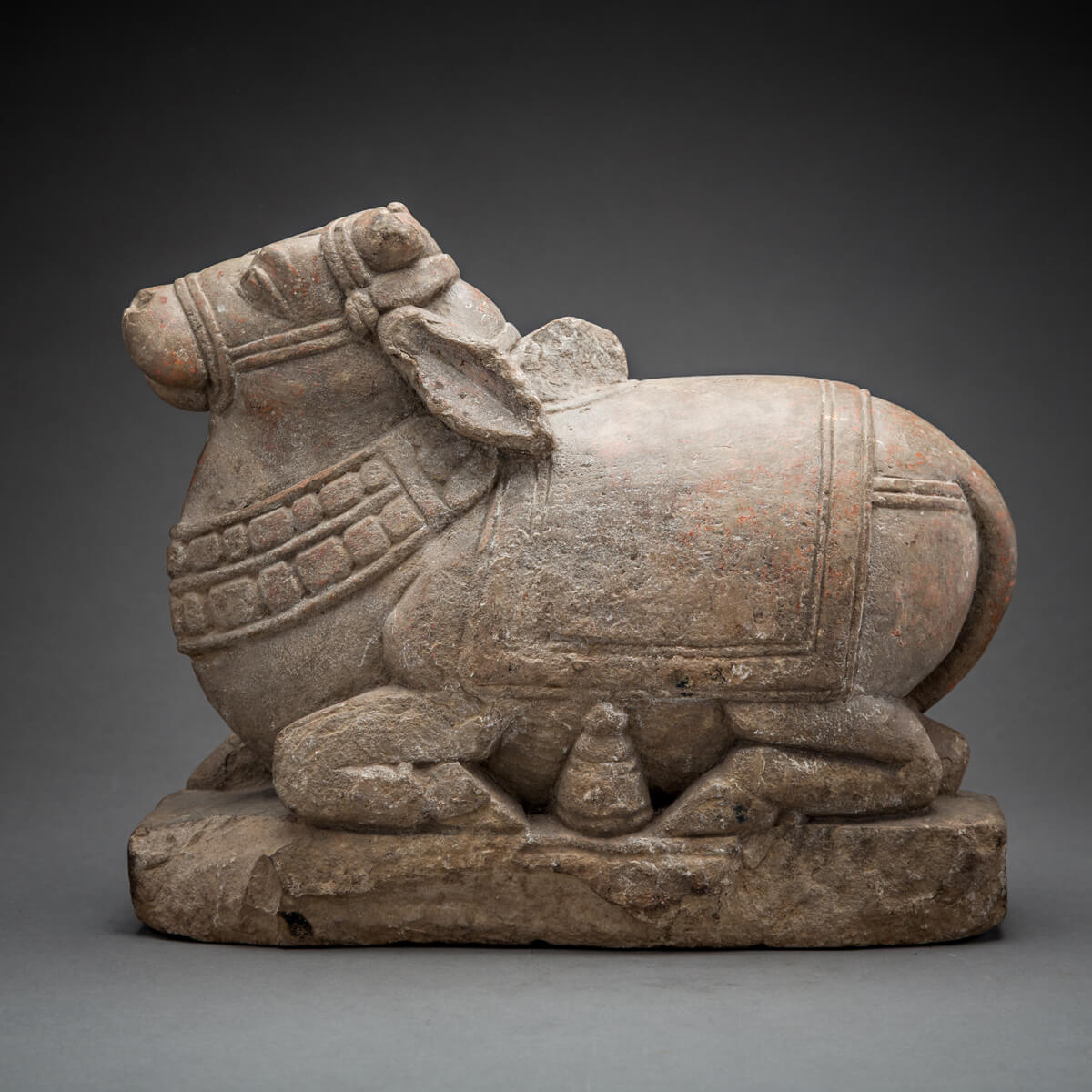 Indian sculpture is another form of Indian art which dates back to Indus Valley Civilisation. Sculpture is found in the places of Mohenjo daro and Harappa which is now in modern day Pakistan. The most famous sculpture of this period includes the small bronze female dancer.

There were also pottery figurines or stone seals which had animal or deities on it. After the fall of Indus Valley Civilisation there was a lull period for the development of Sculpture in India until the Buddhist Era which started around 1500 BCE.

It began to carve the characters from the three main religions like the Hinduism, Buddhism and Jainism. This Indian art form was further developed during Gupta Period and Mauryan Period. Further the Indian sculpture and art got further pushed during Satvahana Empire rule. It was an ancient dynasty based in the Deccan region. It ruled between 2nd and 3rd century.

Some of the important sculptors during Satvahana period were Dvarapala, Gajalakshmi and many more. Bhaja Vihara Cave was the first art during Satvahana period. It has beautiful carvings and the pillars are decorated with lotus and animals. The Amaravati school of Buddhist art along with Mathura and Gandhara School flourished during the Satvahana Period.

The temples built in Khajuraho by the Chandelas between 9th to 11th century are the most beautiful and important examples of Indian art and sculpture. The intricate sculpture in this temple has various themes in it. The art got further improved during the Chola and Pala period.

The Chola bronzes is the most important and famous sculpture in India. It was sculpted using the lost wax technique. Further it was improved and some new modern sculptures D.P Roy Choudhury, Ramkinkar Baij, Sanko Chaudhuri and many more. 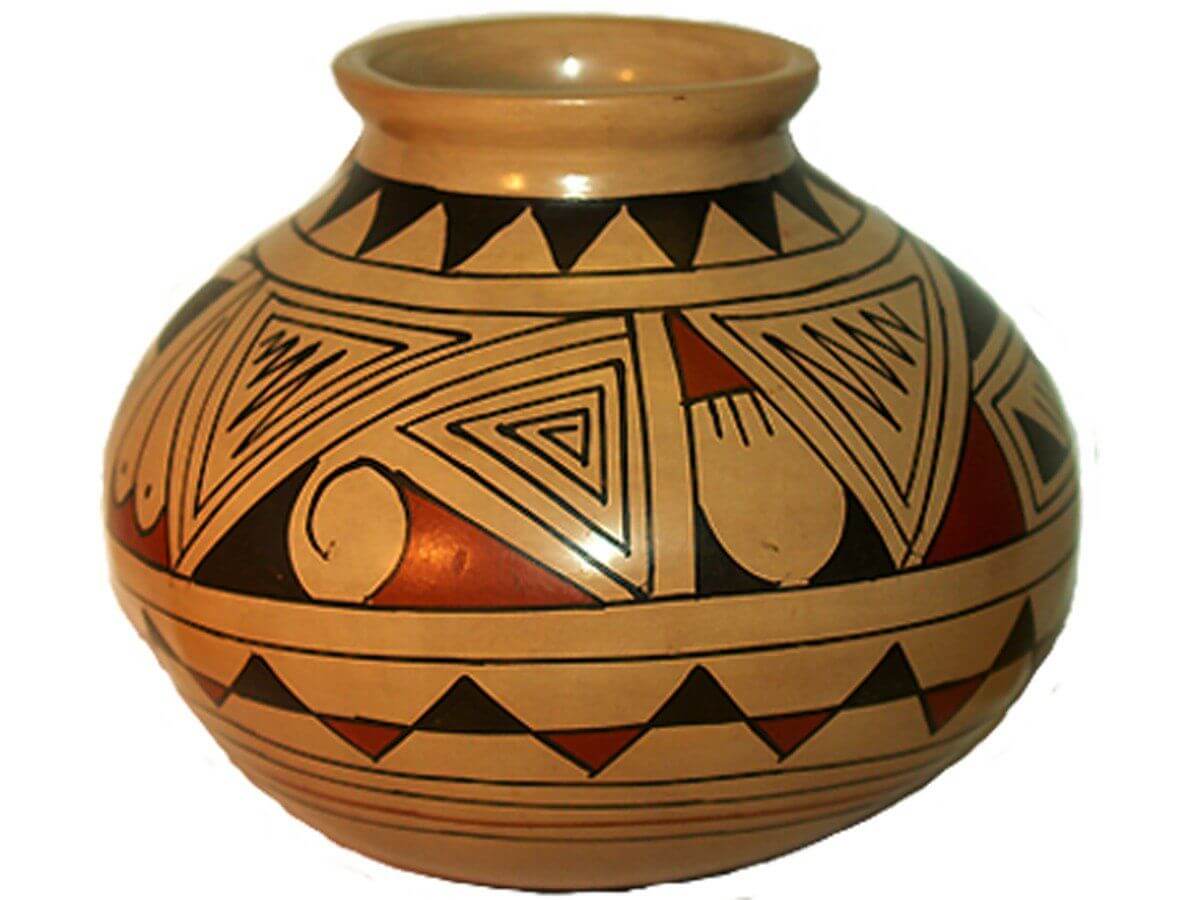 Indian Pottery is another important and old form of Indian art which was present even during the Indus Civilisation Period. For thousands of years pottery has been the most beautiful art. Even to this date pottery is practiced extensively in India.

There are evidences to show that pottery was present during Vedic and Indus Civilisation period. Today pottery is a very important market in India. There are many online shops which are exclusively marketing the pottery. Hinduism discouraged using of pottery at home or any other place due to its religious philosophy.

Pottery can be termed and explained as the process of forming vessels and other objects by using clay and other ceramic material. It is fired at high temperatures to make it durable and hard. Different types of clay are used for making pottery. Some of them are Kaolin, Ball Clay, Fire clay, stone ware clay and Bentonite. Pottery made from clay is divided into three groups’ earthenware, stoneware and porcelain.

The origin of pottery can be traced back to Mesolithic period. Cord Impressed style pottery was started during Mesolithic period. it was found in later Neolithic period. Mehrgarh Period II and III witnessed Wheel based pottery. During Indus valley civilisation the pottery making became little more sophisticated and one can see handmade, and wheel made pottery during this period.

Various excavations have been made near Saraswati River and Indus River where in Pottery was made using ed-Dur Vessels. During the Vedic period the pottery was more tangible, handmade and had no designs on it. It was used for storing water during Vedic period. The Jhukar and Jhangar Phase which was present during the late Harappan period had developed crude handmade pottery.

People in Mesolithic and other periods pot became a very important storing and cooking tool. Ochre coloured pottery culture can be regarded as a proper civilisation like the Harappan civilisation. It was present between 4th to 2nd BC all along the Indo Gangetic Plain which extended from eastern Punjab to northeastern Rajasthan and Western Uttar Pradesh.

The OCP culture reached the Gangetic plain in early 2nd century BC. Recent excavation from Shaharanpur of UP has discovered copper axes and some pieces of pottery. The Copper hoard culture also developed during the same period in the Northern part of India.

As the time progressed there were various other culture that developed were the Malwa culture, Jorwe Culture, Turko Mughal period and glazed painting. With the development of Pottery culture in India, these pots are exported to different parts of the world. Modern India calls pottery as terracotta pottery. Today pottery is one of the important business and art in India. 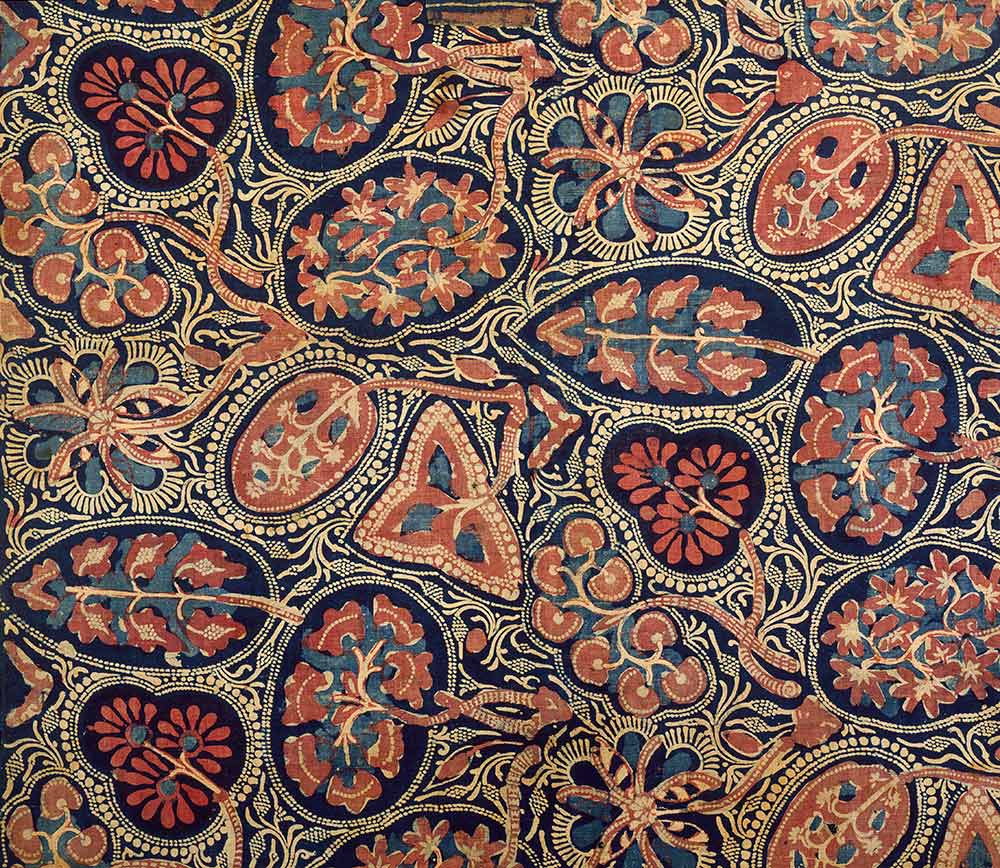 Like other forms of Indian art, textile art is the basic and the most important art form. It involves human creativity, innovative ideas and necessary skills to produce a good textile. The materials used are either from plant or animal source or synthetic fibre. Textile art is present since the beginning of civilisation.

Basically textile is used to wrap the human body. Textile art include large number of forms and materials like Jute, cotton and flax. It is believed that flax was the oldest fibre which was used to make textiles. These textiles are now found in the tombs of mummies from as early as 6500 BC.

Cotton was used only by 5000 B.C in India. Now cotton is one of the most sought of textile in India. To get the final product from a textile is not easy it includes various steps like selecting the fibre then yarn production, pre treatment, dyeing, printing and the final product. 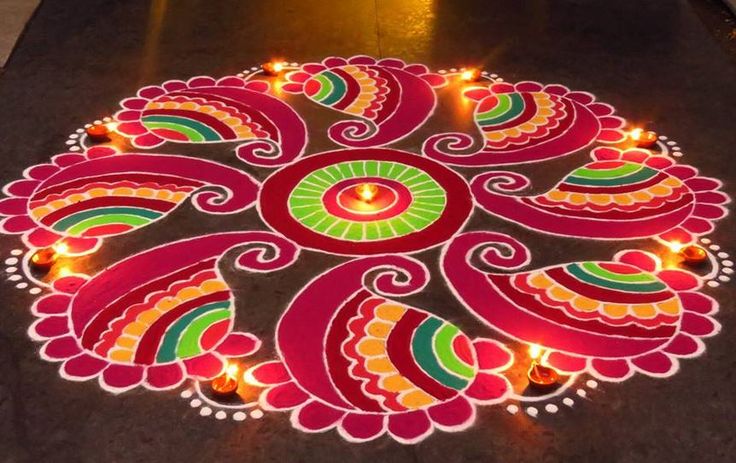 Rangoli is the classical Indian art form which is comprised of two words rang means colour and aavalli means row of colours. It is colourful patterns that are put on the ground with materials like colours, rice flour, flower petals and even coloured sand. It is a belief in some of the South Indian hoes that putting Rangoli in front of the house everyday brings good luck to their family.

Rangoli is made during important festivals like Diwali, Dasara, Onam and Pongal. One can see large Rangolis in front of the South Indian temples. Different parts of India have different names for Rangoli like Muggu in Andhra Pradesh, Rangoli in Karnataka, kollam in Tamil Nadu, Chowkpujan in Uttara Pradesh and Pookkalam in Kerala.