Nilgiri biosphere reserve is an important biosphere reserve that is famous for its breath-taking natural beauty, flora and fauna. It is located in the Western Ghats and Nilgiri Hills in South India and covers an area of 5520Km2.

To preserve the natural beauty and to protect the flora and fauna UNESCO launched the Indian Man and the Biosphere programme in the year 1986. It was the first biosphere reserve which was established in the year 1986

Some of the species of the plants that are present only in Nilgiri Biosphere Reserve are Adenoon, Calacanthus, Wagatea, Poeciloneuron, Frerea and Baeolepis. The fauna in the biosphere includes around 100 species of mammals, 350 species of birds, 80 species of reptiles, 320 species of amphibians and different varieties of fish. Some important species include Bengal Tiger, Indian Leopard, Gaur, lion tailed Macaque, Gray langur, Nilgiri thar and many more.

Nilgiri biosphere reserve is home for many tribal people as well. Some of the tribal groups include Toda, Kotas, Irullas, Paniyans, Allar and many more. The Biosphere Reserve is the major catchment area. Many rivers have their source with the reserve. The Sholas helps in retaining the rainwater and later supply the water to the streams. 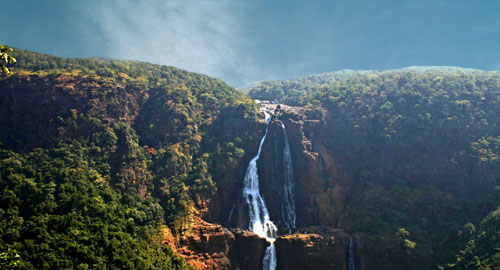 The Nilgiri Biosphere Reserve is an important catchment area in southern India. Many of the major tributaries of the river Cauvery like the Bhavani, Moyar, Kabini and other rivers like Chaliyar, Punampuzha, etc., have their source and catchment areas in the Reserve.

The sholas and grasslands have an important role in retaining water and supplying it to these streams. Many hydroelectric projects have come up which has affected the natural atmosphere of the Reserve.

However, with the development and urbanisation many trees are being cut. Since Nilgiri is an important tourist destination in Southern India many hotels, resorts and roads are developed by cutting down large number of trees from the forests. Due to the extensive human growth the Nilgiri Biosphere Reserve is getting affected

National parks and wildlife Sanctuary in the Nigiri Biosphere Reserve

Mudumali national park is also known as tiger reserve. If you are an animal lover and loves to enjoy the natural beauty, then Mudumali is a good place to visit.

It is located at the north-western side of the Nilgiri Hills in Nilgiri District of Tamil Nadu. The tiger reserve is at about 150 Km from Coimbatore, around 70 Km from Ooty and 90 Km from Mysore. The park is on the Ooty Mysore road and is declared as tiger reserve with around 50 tigers

Bandipur National Park is located on Mysore-Ooty highway. The tiger reserve covers an area of 874 sq km which is home for many endangered species of animals and flora. The park has different altitudes as it is located in the Deccan Plateau where it meets the Western Ghats. Due to its different altitudes the park is gifted with different habitat including dry deciduous, moist deciduous and Shrublands.

Nagarhole Park is rich in waterfalls, streams, hills, different species of animals and birds. Nagarhole is derived from Kannada word which means naga means snake and hole means streams. The park has few serpentine streams. The park was used exclusively by the Wodeyars for hunting purpose.

However in the year 1955 it was declared as wild life sanctuary and in the year 1988 it got up gradation as National park. During this period the park had also covered areas like Arkeri, Hatgat and Kodagu. Subsequently the area of the park was also further increased by including the adjoining areas of Mysore.

Mukurthi National Park is under the Nilgiri Biosphere Reserve along with Bandipur, Nagarhole, silent valley, National Park and Waynand, Aralam and satymangalam wild life sanctuaries and is one of the best places for trekkers and nature lovers.

It is located in Western Ghats of Tamil Nadu. As the park is part of the Western Ghats it is under the UNESCO world Heritage Site since 2012. Spread over an area of 78.46 sq km the park was mainly established to protect the keystone species(species) which plays a key role in maintaining the ecological community) called Nilgiri tahr

Silent valley national park is the second largest park in Kerala.  It is situated in the Palakkad district of Kerala. Kerala is known for beautiful hills, valleys, national parks and many more.  Silent valley is also known as sairandri a name of Draupadi.

This park is home for many rare species of flora and fauna. Silent valley national park is under the Nilgiri Biosphere reserve. The national park covers an area of 237.2 km2.  The altitude of the park varies from 700m to 2328m.

Wayanad wildlife sanctuary is another important and beautiful sanctuary of Nilgiri biosphere Reserve. It is located in Kerala. Rightly called as God’s own country, Kerala is one of the most beautiful states in India with bounty of nature and culture.

Wayanad wildlife sanctuary spreads over an area of 344Km2 the sanctuary is gifted with nature's best lush green forests and rich wildlife.

It is surrounded by Bandipur and Nagarhole of Karnataka in the East and towards Southeast by Mudumalai of Tamil Nadu. In order to protect the nature and flora and fauna of the Western Ghats UNSECO constituted theNilgiri Biosphere reserve in the year 1986.

The Nilgiri Biosphere Reserve is divided into various National parks and wildlife sanctuary. The reserve is well connected by air, rail and road to major cities of India.