India has such a rich culture especially in dance, music and fine arts that just words are not sufficient to describe the culture of India. Dance and music play a vital role in human life. One soothes the mind and emotions while the other i.e. dances expresses the emotions and feelings. The feelings are expressed through actions, eyes and face in dance. Both dance and music go hand in hand. It is not just dance and music which are famous but also the performing arts in Indian culture like drama, theatre, visual arts are also famous.

In rural areas folk dances are done as a source of entertainment as well as passing on the messages from mythological epics after the day’s hard work. Some of the folk dances are Theyyam in Kerala, Garbha, Dandiya in Gujarat, Dolu kunita, Bedara Vesha and Yakshagana in Karnataka, Lavani and Koli in Maharashtra, Ghoomar and Kalbelia in Rajasthan, Bihu in Assam and many more.

These dances are done mostly during harvesting season, birth of a child or any other festival occasion in that particular village or town. The music of the folk dance is mild, very melodious and soothing to the ears. They usually use the local instruments to give the background music. These dance forms have roots imbibed in the Sanskrit text of Natya Shastra and the religious performance arts of Hinduism. 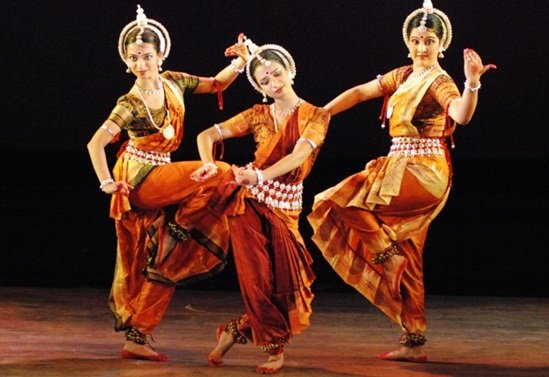 Classical dances of India are world famous. The dancers usually perform a dance based on a theme with expressions of their face and eyes. Some of the important classical dances are Bharatanatyam of Tamil Nadu, Kuchipudi of Andhra Pradesh, Kathak of north India, Odissi dance of Odissa and Mohiniattam of Kerala.

Considered as the mother of all classical dances in India, Bharatanatyam is the oldest form of classical dances that originated in Tamil Nadu. It is mostly a solo dance performed by women/ men for a story based on Gods or Ramayana or Mahabharata.

This dance form originated from Kerala. Kathakali includes a mythological story being depicted through intense foot and hand movements and face expressions Kathakali is a mixture of five forms of art : Sahithyam(literature), Sangeetham (music) Natyam is acting, Nrthriyam is dance and Chitram is painting.

This dance form originated from the state of Odissa (formerly known as Orissa). Odissi was predominantly performed by women. In the modern era men have joined women in performing the odissi dance. Like other dances, even this dance is based on a dance drama combination of mythological stories. 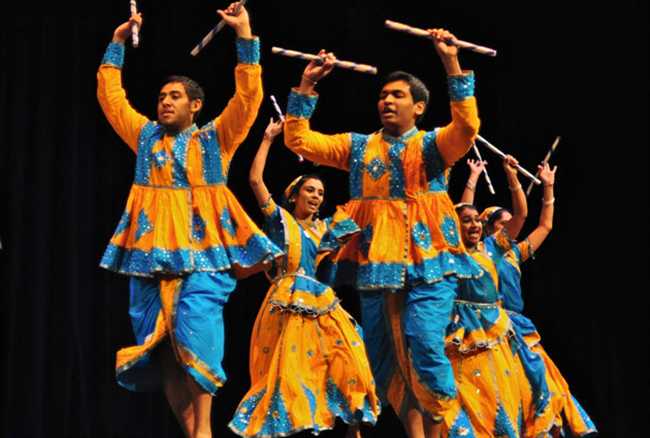 This dance form originated from the northern part of India. . This is also a dance drama concept.  It is one of the most important classical dances of India. The word Khatak is derived from the Sanskrit word Khatha which means story and Kathakars mean storytellers.

Mohiniattam is one of the most elegant classical dances of India that originated from Kerala. The other famous classical dance of Kerala is Kathakali.  The word mohiniattam is derived from the word Mohini which means female avatar of lord Vishnu. Mohiniattam is a solo dance performed by women in the most seductive and graceful way after extensive training.

Kuchipudi is the classical dance drama form that originated from a village called Kuchelapuram in Krishna district of Andhra Pradesh. This dance drama includes rigorous movement of hand and foot and hence can be said as a perfect balance of Nritta (pure dance), Nrittya (dance with emotions) and Natya (drama).

Manipuri dance is another classical dance that originated from Manipur state of India. The dance is in the form of a dance drama based on Raslila (the love between Radha Lord Krishna). The main theme of this dance is Vaishanivism. The other forms of dances in Manipuri include Pung Cholom, Nupa Cholom, Toibi.

India is famous for its folk dances as well. The folk dances of India are world famous. Usually folk dance is performed to celebrate any rituals or festivals of that particular state and also birth of child, arrival of new season. It is done with joy and all the people of the village join together and enjoy the folk dances.

On most of the occasions dancers sing themselves with very small instruments. Some of the folk dances are performed by both men and women together while some are performed separately.  Every state in India has its own folk dance forms. Some of the important folk dances are Bihu from Assam, Garbh, Dhandiya of Gujarat,  Lavani, Lezim from Maharashtra, Ghoomar, Rasiya from Rajasthan, Yakshagana, Veeragase,Dollu kunitha from Karnataka and many more.