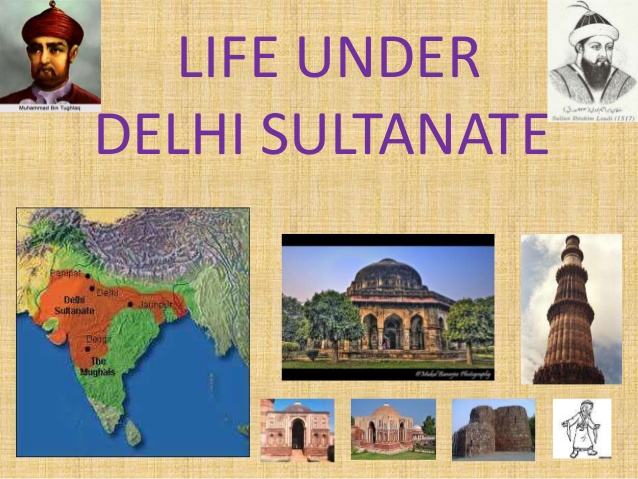 Slave Dynasty in India: In 1206 Qutb-ud-din Aibak, general proclaimed himself as Sultan of Delhi and founded Slave Dynasty in India.  Mohammed Gori had no natural heir of his own, after his death a slave of him called Qutb-ud-din Aibak took over the reigns and called himself as the King of Slave Dynasty. Gori always treated his slaves as his own children.  As a slave became King it got the name as  Mamluk dynasty. Some of the important rulers of this Dynasty are:

The five important dynasties of Delhi Sultanate are: 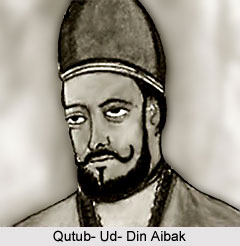 Qutb-ud-din Aibak is the founder of Slave Dynasty. He was born to a Turkish parents who sold him to a slave when Qutb-ud –din Aibak was a child. But as destiny matters, the King Mohammed Gori adopted him on seeing his bravery and swordsmanship the King appointed him to conquests India.

After the death of Gori, people of Lahore invited Qutb-ud-din  Aibak to take over the reigns of Slave Dynasty. He ruled from 1206-1210.  It was not an easy task for Aibak after taking over the reigns.  He had to face many challenges from inside and outside country. Firstly Bhaktiya Khiliji declared himself the independent ruler of Bengal and Bihar. But after Khiliji’s death, Mardhan Khan escaped from jail and persuaded Aibak to intervene into the affairs of Bengal. Later Khiliji did recognise Aibak as his over lord but Aibak had to face other difficulties from the ruler of Ghazni, Nasirruddin Qabacha of Multan and rulers of Lahore.  Hence Aibak made Lahore as his capital first and ruled Delhi from Lahore. During his tenure Aibak rendered good services to the development of Islam culture in India.  He built mosque at Delhi named as Quwat Al Islam.  He also started the construction of Qutb Minar after the name of Sufi Saint Khwaja Qutb-ud- din Bhakhiyar kaki.  Qutb- ud-din Aibak was known as Lakha Bhaksh sultan for his generosity. Qutb was not an able administrator. But however he gave a good foundation for the muslims to start Muslim dynasties and rule India for many decades. Qutb was the real founder Turkish Kingdom in India. He had kept a good check on the Turkish nobles.

He died under mysterious circumstances while he was playing polo in Lahore in 1210.  His son in law Ilttumish took over the reigns. 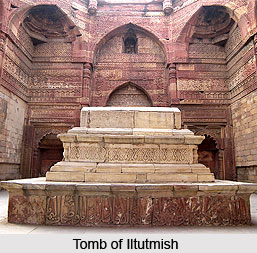 After Qutb-Ud-din Aibak his son in law Iltutmish took over the reigns of Slave Dynasty.  He was a Turk who belonged to Ilbari tribe.  He moved the capital to Delhi where he built Qutb Minar.  He expanded the Muslim empire in northern India.  Iltutmish was a shrewd King and extended his empire to whole of northern India. Iltutmish introduced the Arabic coinage into India and the silver tanka weighing 175 grams became a standard coin in medieval India. The silver tanka remained the basis of the modern rupee. Iltutmish had also created a new class of ruling elite of forty powerful military leaders, the Forty.  He was successful in keeping the Delhi throne safe from Mongol invasions and as well from Yeldoz and Qubacha.  Yeldoz reasserted his sovereign power over Hindustan and treated Iltutmish as his vassal.

The Rajput Kingdom was trying to regain their power in Jalor, Ranthombore, Ajmer, Gwalior and Doab.  Iltutmish faced the problem of Mongol invasion.  Changiz Khan was great leader of Mongol, Changiz Khan entered Afghanistan and defeated the ruler Jalal –ud-din.  Jalal-ud-din requested Iltutmish to give refuge but however Iltutmish did not wanted to take any risk from Changiz Khan so refused to give refuge to him.

Iltutmish after defeating and killing Qubacha moved towards Bengal and thought to invade Bengal.  He sent an expedition against Sultan of Bengal.  Sultan Ghiyasuddin surrenderd without fighting and agreed to pay the annual revenue. But after sometime Ghiyasuddin declared independence from Iltutmish.  Hence this time Iltutmish sent army to Bengal and defeated and killed Sultan Ghiyasuddin.  Iltutmish was a great artist, he completed building Qutb Minar in Delhi which was started by his predecessor Qutb -ud-din Aibak.  The highly religious Sultan also built magnificent Quwaratul Islam mosque.  He died in 1236 A.D.  He was disappointed with his sons incapability so he nominated his daughter Razia Sultana as his successor to throne. 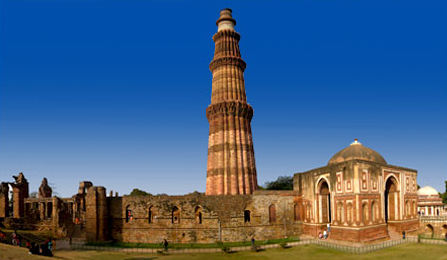 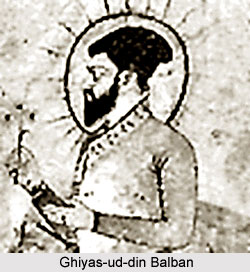 Ghiyasuddin Balban was born in a Turkish family of Ilbari tribe.  He was kidnapped by Mongols and was sold to Slave trader Khwaja-ud-din.  He was later again sold to Iltutmish. During his stay at Delhi, Iltutmish was very impressed by the intelligence and ability of Balban.  After the death of his master Iltutmish, Balban became the King.  After taking over the reigns he had to face many revolts. Balban was an able administrator. After Iltutmish many weak rulers ruled Slave Dynasty, hence the Prestige had gone down substantially.  Balban had a huge task to regain the lost prestige.  He restored the policy of despotism.  He knew that in order to be successful ruler one had to follow the concept of theory of Kingship in that the right to rule is given by God and not by people.  His court was very disciplined and nobody would dare even to smile in the court. Balban was a great ruler to control Mongols attack.  He made his military power to highest efficiency. Another head ache was attack from Mewar. Balban crushed the Mewar and ordered clearing of forests.  The Bengal rulers and local governors became independent.

Tugril Khan neglected the rule of Delhi so Balban sent army under Aziz Khan, but he was defeated by Tugril Khan. Finally Balban himself proceeded in person to defeat Tugril.  When Tugril heard of the approach of Balban in person he fled to east but was later captured by Balban and was killed.  After this Balban appointed his own son Bugra Khan as Governor of Bengal.  To protect his Kingdom from continuous Mongol invasion he built many  forts along the frontier and garrisoned them with able Afghan soldiers.  He appointed Sher Khan a distinguished warrior as commander of army at the border.  Balban’s son Prince Mohammed Khan successfully repelled against Mongol invasion twice in 1279 and 1285 but later died fighting in 1286. This was a great shock to Balban and so his health deteriorated.  He appointed Kai Khusrav  grand son of Balban as new Nawab. Balban died in 1287.  Later after the death of Balban no strong rulers came and hence the Salve Dyansty came to an end.