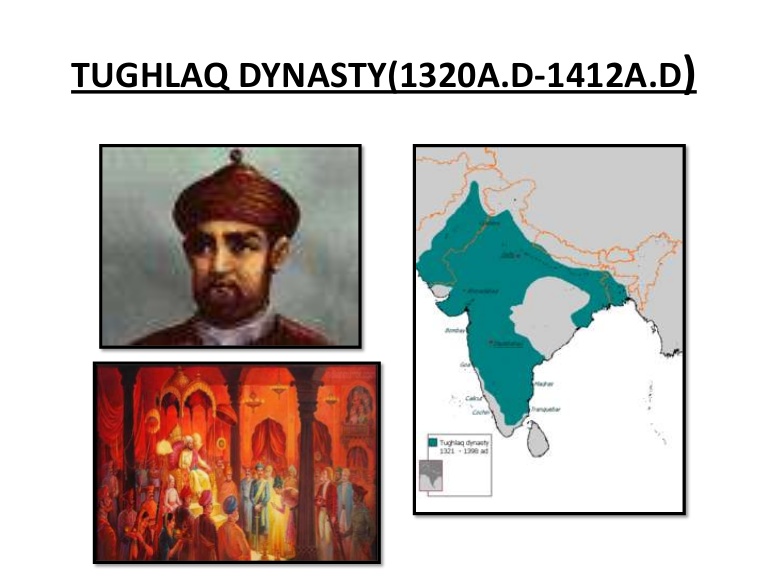 Khusrav Khan who was the last ruler of Khiliji Dynasty was defeated and killed by Ghazi  Malik.  Ghazi Malik changed his name to Ghiyath-al –din – Tughlaq and started the Tughlaq Dynasty. He ruled from 1320-1325. This Dynasty was also of Turkish Dynasty.

Some important administrative reforms were that land revenue which had been raised to half of total produce during Aladdin Khiliji period was reduced to one tenth and the revenue officers were warned against any harassment of the peasants.  The practice of measurement and survey of land was abandoned. The measures of Ghiyasuddin succeeded and the areas in cultivation of crops increased and also the lifestyle of farmers improved. The main aim of Ghiyasuddin was to increase cultivation and economic conditions. Along with  improving administrative system, he also improved the overall conditions  of the state by taking various measures like digging canals, planting trees on both the sides of roads, building forts and tents to provide shelter to traders and protecting the traders from the thieves. Military system and judicial system had tremendous changes and improvement. Severe punishment was given to law breaker. 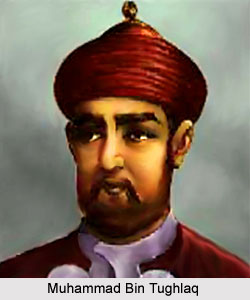 Mohammed bin Tughlaq was a strong believer of Islam but also respected other religions. He was very good at logic, astronomy and mathematics. He was very keen in learning new things. He not only conversed with Muslim Mystics but also with Hindu Saints. His letters both in Arabic and Persian were admired for their elegance. He was showing great concern to his subjects. Due to his interest in learning and care for his subjects, Mohammed bin Tughlaq used to visit the sick persons for helping them and to watch the symptoms of any extraordinary diseases. In the Indian history Mohammed bin Tughlaq is being regarded as one of the wisest fool King. Mohammed bin Tughlaq was conversant with many languages like Persian, Arabic, Turkish and Sankrit. Some of his reforms are explained here

One of the most controversial decisions of Mohammed bin Tughlaq was transfer of capital from Delhi to Daulatabad. He wanted to have control on his Southern States and also to keep a check on Mongols. In 1327, he ordered the whole of population of Delhi, royal household including Ministers, Schools, poets, musicians to move to new capital. As it was summer, Mohammed bin Tughlaq had built many tents for the people to rest while travelling from Delhi to Daulatabad. Due to extreme heat many people died on the way. Some people who reached Daulatabad with great difficulty felt home sick as both land and climate was not suitable for living. Seeing the miseries of people in Daulatabad, Mohammed bin Tughlaq decided to go back to Delhi. In this transfer 1000’s of people suffered and died. A severe plague broke and half of the army soldiers died in the epidemic. The plan of shifting completely failed and brought lot of miseries to the subjects. This angered the subjects against Mohammed bin Tughlaq.

Another insensitive decision taken by Mohammed bin Tuglaq was to increase tax in Doab. No doubt Doab region between Ganga and Yamuna land was very fertile, but he increased the tax when people were suffering from severe famine. People were already paying heavy taxes from the time of Aladdin Khiliji. Another increase in land revenue tax up to ten percent in Doab by Sultan created lot of distress and discontentment among the people. Hence people fled the villages and involved in robbery and theft, thousands perished. Mohammed bin Tughlaq tried his best to help and restore people of their houses and agriculture, but he was throughly misunderstood by his own subjects. The real reason for increasing tax in Doab was to increase military resources. But this was not achieved instead he faced huge embarrassment from his subjects.

To improve the production of crops and increase in agriculture in the state Mohammed bin Tuglaq made a separate department called diwan i kohi  who would hear the grievances of the farmers. He launched a scheme called Takkavi. In this the King gave loan to farmers to buy seeds to cultivate land. The King built a model farm land on 64 squares for which he spent Lakhs of money. Even after spending so many amount the scheme did not succeed.

The khurasan expedition and karajal expedition which was a failure had a huge financial loss for the government.

The failure of above reforms and many more led to the decline of Tughlaq dynasty. There was wide spread discontent and rebellion from all the subjects. Amid all these in 1351 Mohammed bin Tughlaq died. He had no sons his cousin Firoz Shah Tughlaq ascended the throne, he was a weak ruler. The invasions of Timur and the failure reforms led to the downfall of Tughlaq dynasty 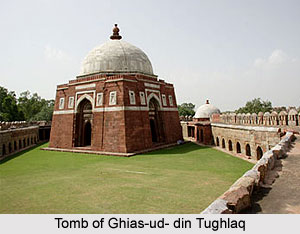