Bahlul Lodi was the founder of the Lodi Dynasty. He ruled from 1451-1489.  Bahlul Lodi was the nephew and son-in-law of Malik Sultan Shah Lodi who was the governor of Sirhind in Punjab, India.  He was an Afghan noble and a brave soldier.

Bahlul lodi ascended the throne of Delhi Sultanate on 19th April 1451 after the  last Sayyid ruler of Delhi Alauddin ALam Shah voluntarily renounced the throne in favor of Bahlul lodi. He tried to restore the glory of Delhi by conquering territories like Jaunpur, Rewail, Itawah, Mewar, and Gwalior. His most important conquest was Jaunpur.

Lodi was a tactful ruler who won over Afghan nobles by giving them Jagirs. He treated them as friends. Bahlul Lodi was an ardent Muslim follower. He offered his Namaz every day.  Bahlul Lodhi died in 1489 AD. After his death his son Sikander Lodhi ascended the throne. 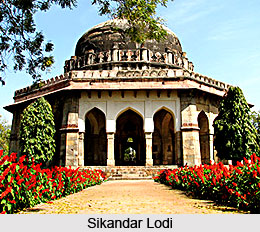 He was the Viceroy of Jaunpur. Among the other two rulers, he was the most able ruler and good administrator. Sikander Lodi maintained good law and order. Sikander Lodi improved the economy and the revenue of the Lodi dynasty.

Some of the important conquests during Sikander Lodi period were, Sikander defeated his own brother in Jaunpur and took control on it. He later moved to Bihar, Dholpur, Gwalior, Bidar etc. He entered into friendly relations with Bengal. To effectively control and Administer Biyana, koil, Gwalior and Dholpur Sikander laid the foundation of a new city of Agra in 1503 AD and made it as his army headquarters.

Sikander lodi was a good administrator. He kept a check on the  nobles.  The governors were ordered to receive Sultan Firman(order). He also made it compulsory that governors should submit their account of income and expenditure. The offenders were severely punished.

Very often Sikander disguised himself to take first hand information about the condition of his people and state and also to know the activities of Amirs and Ulemas.  Sikander lodi was a very well versed scholar. He composed many poems in his language.

Sikander Lodhi encouraged education among children. In each mosque he appointed one scholar, one preacher and one teacher. It is believed that around 70 scholars discussed academic and religious problems every night. Several scholarly works were translated from Sanskrit into Persian.

Sikander Lodi was a great patron of art, literature and music. He decorated the city of Agra with splendid and huge forts and buildings. The King enjoyed Shenai, a musical instrument. A musical note called Lahjat-I- Sikander shahi was composed during his reign.  Sikander Lodi died in 1517 AD. His youngest son Ibrahim Lodi took control of the kingdom. 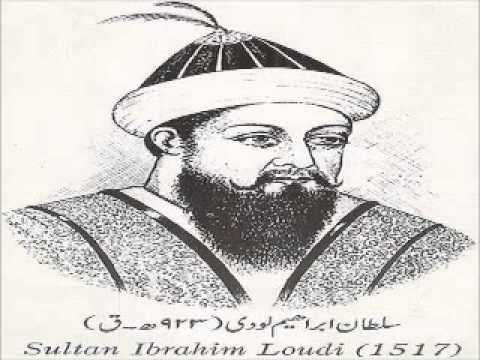 He was defeated and killed in the Battle of Panipat by Babur’s army thus establishing the vast Mughal Empire in India.

There are many reasons for the fall of the Lodi Dynasty. After Ibrahim Lodi took over the reigns of the dynasty he was busy fighting several Afghan nobles particularly Daulat Khan Lodi, governor of Punjab and Alam Khan Lodi who was the uncle of Ibrahim Lodi invited Babur to invade Delhi.

This was particularly done to take revenge on Ibrahim. Even though Ibrahim gave a strong and tough fight to Babur, Ibrahim was killed on the battlefield. This marked the end of the Lodi dynasty and Delhi Sultanate.

Danger and the threats posed by Rajput kings.  Rana Sanga who was the leader of Mewar defeated the Lodi King in the Battle of Khatoli and in the battle of Dholpur between 1518-19. Rana Sanga also offered his support to Babur to defeat Ibrahim Lodi.

Another reason for the fall of the Lodi dynasty was the lack of a strong leader after Ibrahim Lodi. His uncle Alam Khan betrayed Ibrahim by supporting Mughals for invasion.

By the late 15th century the supply lines had collapsed. Earlier Deccan was the main trade route. With the collapse and failure of the specific trade route to cutting off supplies from the coast to the interior part of India.

The lodi’s suffered a lot due to the cutting of supplies and also they were not able to protect themselves if war would break out on any other trade routes and their trade declined. This led to bad economic conditions and fast the treasuries were drained out