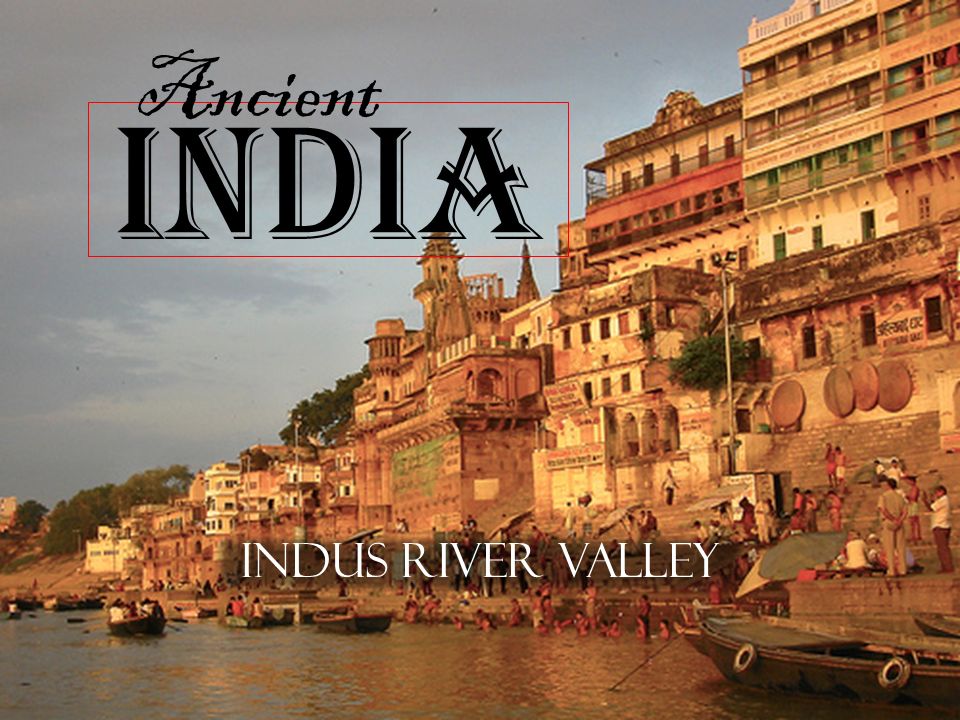 Ancient India: Indian history is very interesting to read and understand. Ancient India history started with the arrivals of Aryans and the Indus valley civilisation. The ancient period can be categorised into 3 different categories. They are Pre historic era, Early historic era and the golden age. With the introduction of caste system, people were divided based on their castes. Indus valley civilisation was one of the most sophisticated and matured civilisation.

The archaeological sites of Indus valley civilisation like the Mehargarh, Baluchistan shows a settled life and domestication of animals like goat, sheep and cattle. The settled life during Indus Valley Civilisation meant proper brick houses were built with good water and drainage system. The houses built during this period were very well planned and engineered. With the development and increase in population people started to move to different places in search of food and shelter.

The remains of the two major cities of Mohenjodaro and Harappa reveal the intelligence and the beautiful execution of layout, water supply and most important is the drainage system. The major cities during Indus valley time consisted of a flat roofed houses built in bricks, large bath, citadel, meeting Halls and granaries. The seals used during Harappan period had human or animal motifs on it which help us to understand the presence of life during Harappan period. There are many reasons debated for the decline of this wonderful and massive civilisation.

Later with the fall of Indus valley civilisation there came the era of Vedas. Caste system became more prominent and rigid during the later Vedic period. During this period other religions like Buddhism and Jainism evolved.

The Vedic period is another important period in the ancient India history. The collection of hymns and composition of Vedas during this period played a very important role in the development of religion and culture during the ancient period. The Vedas were transmitted orally by the old Aryan language. There are four Vedas namely Rig Veda, Yajur Veda, Sama Veda and Atharva Veda. During the Vedic period the family was usually a patriarchal family with women having very less voice to speak. 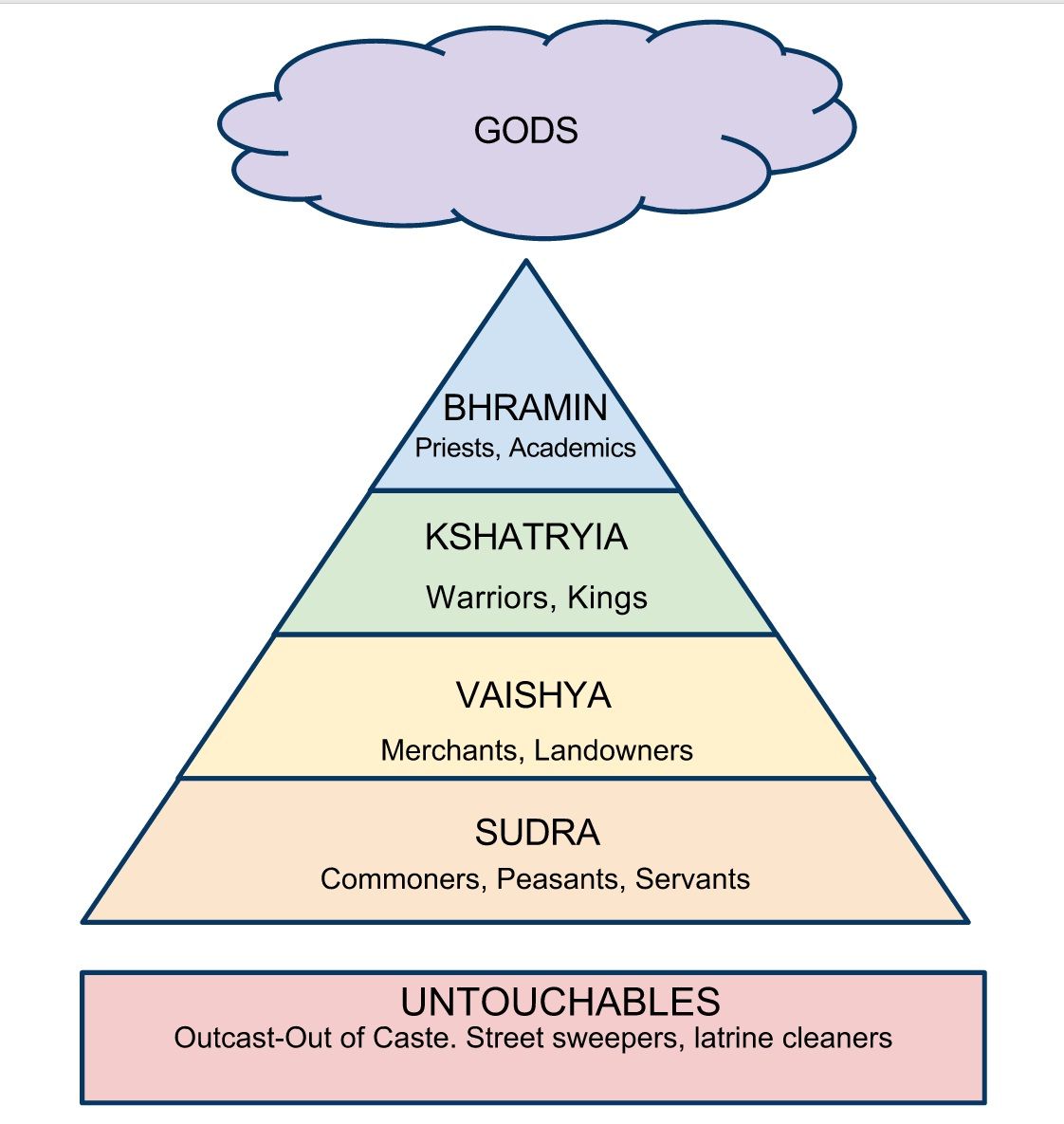 Caste system became more prominent and rigid during the later Vedic period. During this period other religions like Buddhism and Jainism evolved. The caste system divided the society in four groups the Brahmins, Kshatriyas, Vaishyas and the Shudras.

By 1000 BC the Vedic Aryans moved East wards towards the more fertile Ganges plain. This further resulted in the settled life and started agriculture as an occupation.

The basic Aryan society grew into a patriarchal family. With the rise in the caste system many social evils also came up such as the child marriage, differentiation between boy and girl child and sati. Permanent settlements along the river bed gave rise to trade development like increase in production of agriculture.

Between 1500BC-800BC the Aryans gradually moved towards the water belts of Ganga and Yamuna and began clearing the forests for the establishment of tribal settlement. By 500 BC most part of North India plains were inhabited and increased in the excess production of goods which increased the trade activities.

Later on the period was followed by Maurya’s and later by Gupta’s. The 3rd and 4th century BC started the period of the Mauryan’s and the Gupta period. The Gupta period is also known as Golden age of India. During this period the administration, religions like Buddhism and Jainism spread to different parts of India. Even the Parkrit and Pali literature in the North and Tamil Sangam literature flourished during this period. Chandragupta Maurya who ruled from 324 BC to 301 BC was the architect of the Imperial power in India. After the fall of Mauryas there was instability in the political system of India.

Many foreign powers invaded and plundered India. The stability was restored back again from the Gupta period which was established in 3rd century. This is period is also known as golden age of India was a period of peace and prosperity.

This period saw tremendous growth in culture and literature. The Gupta Empire propagated and spread the religion of Buddhism and this is one of the reason for plenty of Buddhists work present during this period. With the decline of Gupta dynasty the Muslim rulers slowly started to dominate in Northern Part of India.

Many dynasties cropped up between 7th and 11th in India. Some of the important dynasties during this period were Gurjara Prathihara, Cholas, Chalukya's, Pala, Kannauj and many more.

Let us together understand the rich history of ancient India.

The varna or the caste was first mentioned in purusha suktha of Rigveda.  The literal meaning of ‘Varna’ is colour.  In one way the caste system can be depicted with skin colour of the people. The ‘varnas’ or the four castes have been discussed extensively in Dharma Shastras. Even an extensive discuss

Caste system played a predominant part during ancient India. Aryans who came to India brought along with them their beliefs, customs and social behaviour. They divided the society into four castes. The four dominant castes were Brahmin, kshatriya, Shudra and Vaishayas.

Continue reading by clicking the above link

The caste system slowly gave rise to many other religions in ancient period. Hinduism which was dominant got tough competitions from other religions like Buddhism, Jainism, Christianity and Islam.

It is believed that ancient Indian period was very peaceful and calm. People were very understanding and cooperative among each other. However with the growth of civilisation and increase in population there arose the need of a government.

Ancient Indian architecture is not only world famous but also present since various civilisation that took place in India. At different level different architecture came into existence and fine tuning the previous architecture. Every architecture includes various feelings, emotions of the person.

Ancient Indian literature is one of the most beautiful and voluminous to read and understand. Most of the literature was in oral during ancient period. At the beginning the literature was transmitted orally from one person to another. There were no written records. Ancient Indian literature consists of four Vedas called as Rigveda, Yajur Veda, Sama Veda and Atharva Veda. The earliest known literary work of Aryans was the Rigveda. It consists of 1028 hymns in Sanskrit.

India is a multilingual country. Even during ancient period there were many languages but Sanskrit was the important and dominant language. We do not have much evidence as to the language spoken during the Indus valley civilisation. However it is believed that Indus script or the Harappan script was used during this period.

Education was given utmost importance even in the ancient period. We do not have any evidence of education during the Indus valley civilisation but however on seeing the layout plan, drainage system it is understood that people were very intelligent

We at india-a2z.com would love to hear more about ancient India. Do share your thoughts with us by clicking the link here