Paleolithic period is a prehistoric period of human activity who used stone as weapons and tools. Paleolithic men were hunter gatherers. “Paleo” means old and “lithic” means stone. The Paleolithic Age in India is divided into three phases in accordance with the type of stone tools used by the people and also according to the nature of climatic change.

The oldest recognisable tools made by Paleolithic people were stone choppers such as those discovered at Olduvai Gorge in Tanzania. The prehistory of India goes back to the Old Stone Age (Paleolithic). While India lies at the eastern part, there are numerous Acheulean (relating to typical lower Paleolithic culture of middle Pleistocene Epoch characterised by large hand axes and clevers ) spots like Hathnora, in the Narmada Valley. 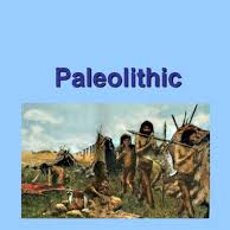 The broken skull specimen of Homo erectus is the first and only of its kind discovered in India so far of Paleolithic Age. This skull was discovered on 5th December, 1982 in the middle of the Narmada valley in Hathnora, Madhya Pradesh.

It is the most ancient human remnant so far discovered in Indian subcontinent. It was discovered in-situ which allows a precise determination of its stratigraphic, paleontological and cultural context that is clearly attributable to the Middle Pleistocene (around 500,000 years ago) age in the geological time scale.

This age covers one of the longest time span as well as represent major climatic changes occurred during this period. 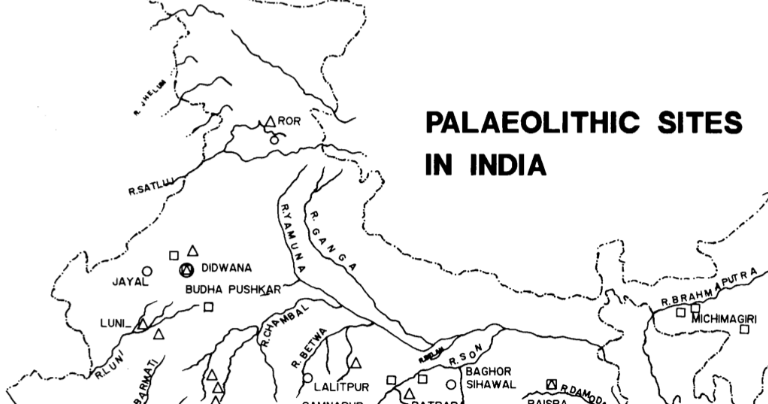 The hunting and gathering was usually dependent mainly on the seasons. The vegetation also varied according to the season. During this period people were not aware of cooking and fire. People of lower Paleolithic Age ate all food in raw condition without being cooked as the fire was not known to them. These people were wanderers and hence moved from one place to another in search of food.

Read more about the History of India, Rajasthan and Delhi 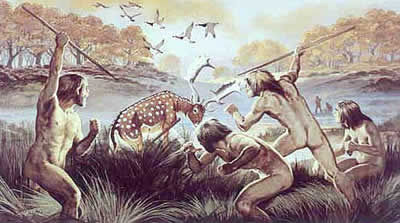 The tools have been also been excavated in places like Belan valley in UP and in certain parts of deserts of Rajasthan like Didwana.

Other places where the traces of early Stone Age were found are Nagajunkunda in AP, caves and rock shelters in Bhimbetka near Bhopal. Rock paintings and carvings have been founded in Bhimbetka from different periods.

You can also read about

The animals that are carved in these paintings are mostly bison, elephants, tigers, rhino, boars etc.  As on today about 750 caves have been discovered in Bhimbetka where such paintings are found.

The cave paintings on the rocks makes one wonder that if the animals themselves evolved out of these paintings or were people were better artists.

All the breath taking paintings that they have survived the time and weather till now demonstrate skills of people of Paleolithic Age. 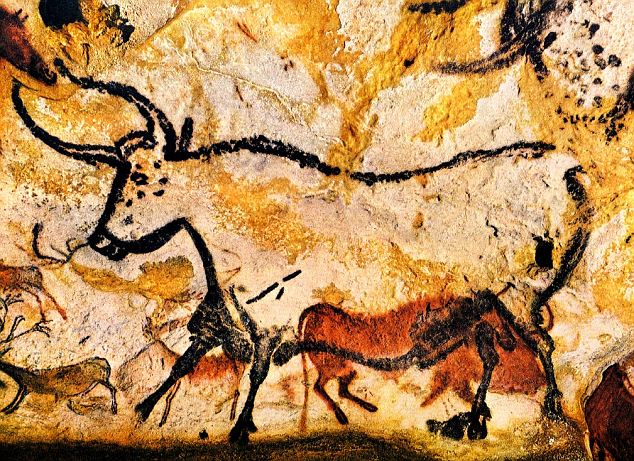 Read Culture of India and Rajasthan

During the lower Paleolithic era various culture and traditions can be observed.

This culture prevailed during lower Paleolithic period in Pakistan. It was in 1928 where tools were discovered by Dr D.N. Wadia and Dr Helmet de Terra. Extensive pebbles and flakes are found in this area.

This is one of the longest cultures of the Paleolithic people. They are found in the terrace gravel of the Somme. This culture was named after a French site of Acheulean of the Indian subcontinent.

Most of the sites in India include Rajasthan, Deccan, Gujarat, Maharashtra, east and north east have been categorised in a]Acheulian culture.

In general this culture can be divided into lower middle and upper culture. This culture continued basically with bifacial core tools and primarily focused on hand axe. The hand axes marked with sinuous edge. The lower Paleolithic people slowly started to give way to Middle Paleolithic Age

With the advent of flake tools this era is also called as flake tool age. While quartile, Quartz and basalt still continued to be used, many tools was replaced or supplemented by siliceous Rock. Important place in India of middle Paleolithic are Didwana Buddha Puskar in Rajasthan, valleys of the Belan, Son river Narmada River, Deccan plateau and Eastern Ghats.

Several activities such as catching large fish and hunting large animals with specialised tools increased along with more elaborate social organisation. It is believed that inter group trade of commodities such as raw materials and other resources began in Middle Paleolithic age.

It is also believed and understood that people in Middle Paleolithic age lived in groups mainly to distribute the food and resources to have a continuous food supply. In the Middle Paleolithic period women gathered plants and fire woods while men did hunting of animals for food.

Middle Paleolithic people used a technique known as ‘prepared core technique’ that was much better than the Acheulean technique.

The core artefacts were divided into two different parts known as formal cores and expedient cores. Each type had different work to do this helped middle Paleolithic people to create stone tipped spears and also sharp pointing stone flakes.

One of the groups of middle Paleolithic age namely Neandertals believed to have hunted large and big animals using these weapons. Use of fire became for important for cooking food and for other purpose. 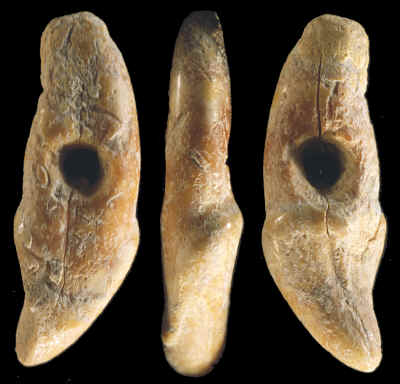 The upper Paleolithic age shows more specialised tools made on blades of the hand axes and flake tools of earlier periods. In this not only flint and similar rocks were used but also ivory and antler were also used.

One of the important discovery was the eggs of ostrich shells at over 40 sites in Rajasthan, Madhya Pradesh, Maharashtra which shows that ostrich is a bird which adjusted to different climates was widely present in western part of India.  During later part of Pleistocene due to climate change, vegetation became sparse.

The tools were further refined in upper paleolithic period. The refined tools are evident from the bores in stones grinding slabs etc. The bored stones are still used by fisherman as net sinkers in fishing and marine fishing. Some of the important places of Paleolithic sites in India are Lidder river in Pahalgham currently in Jammu and Kashmir (India), Sohan valley in Punjab (India), Belan valley river, Ghataprabha river in Karnataka, Attirpakkam in Tamil Nadu.

Due to harsh and arid climate the vegetation was sparse. The fossils of flora and fauna show the presence of grass land. The tools of the upper paleolithic people were made by blade and they showed a marked regional diversity with respect to refinement of the tools and standardisation of finished tools.

Here is a list of some of the important Palaeolithic sites in India.

Sohan in Punjab (now in Pakistan)

Desert area of Didwana in Rajasthan

Caves and rock shelters in Bhimbetka near Bhopal.

Paleolithic people made tools from stone, Bone and wood. They preferred to stay near water source because of the stone tools used by them.

The earliest stone tool industry in Oldowan (early stone tool archaeological industry). These early tools were very simple and easy to make. They were just chipped of few flakes of stones. Oldowan tools were mostly used during Lower Paleolithic period.

Some of the important lower Paleolithic tools include clever, Hand axe and Chopper. These tools were blunt and were easy to make.

It was easy to handle as well to hunt for food. It was used for cutting or digging and even for cleaning and skinning the prey.

The tools were made from quartize and also basalt. These tools are found mainly near Narmada, Tapti River, Bhimbetka, Didwan in Rajasthan and also near Krishna river.

Read some of the important pages

As the time progressed the Middle Paleolithic tools were more refined, thinner and lighter. Stones that were available during this period were comparatively small hence it was also known as microliths.

Since hunting became an important occupation these tools gained prominence. The improvement in the tools is evident from the holes in the stones and grinding slabs. Primarily Paleolithic people used hand axes as a very important tool for hunting.