According to the reports Jesus was born to Jewish Mary between 2BC and 7 BC. It is believed that Mary got impregnated with holy spirits. Christians believe that Jesus is the reincarnation of God and the awaited Messiah. In his early thirties Jesus travelled from one place to other place teaching his preaching’s and healing the suffering people. Lord Jesus birthday is celebrated by Christians as Christmas on December 25th of every year, his crucifixion is celebrated as Good Friday and his resurrection is celebrated as Easter.

Roman Catholics also known as Catholics are the largest segment of Christianity in the world. Catholics live all over the world with major influence from western philosophy culture and science. Bishop of Rome called as Pope is the head of Catholic Churches. The central administration is in the Vatican city. The seven sacraments of Catholic church are divided into three major categories—the sacrament of initiation which include Baptism, Confirmation and Eucharists, the sacrament of healing includes Penance and Anionting of the sick and sacrament of service includes holy orders and matrimony.

Eastern Orthodoxy Church: this is the second largest church with over 250 million members in the world. It is also known as Eastern Catholic Church. The major population lives in Eastern Europe, Greece and Caucasus. The Eastern Orthodox Church considers itself to be both orthodox and catholic. The religious authority for eastern orthodox is neither pope nor bible but the scriptures that are interpreted by seven ecumenical council of churches.

Protestantism: Nearly 40% of the Christians are Protestantism. They reject the sacraments and papal supremacy of Roman Catholic Church and also don’t agree with the presence of Christ in Eucharist. Protestants began the concept of invisible church as against the visible church followed by the Roman Catholic Church. The three main principles of Protestants are Scripture alone, Justification by faith alone and not only on good works and lastly Universal priesthood of believers. 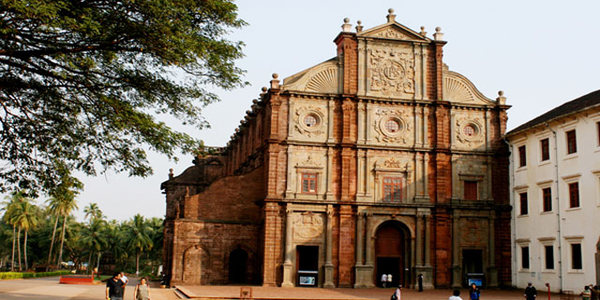 According to 2011 census India has around 28 millions Christians.  It is the third most followed religion in India.

More than 70% are Catholics and the Christians population is mainly present in southern part of India like Kerala and Tamil Nadu. They are also present in Meghalaya, Manipur, Mizoram and Arunachal Pradesh. It is believed that Thomas the Apostle who was one of the 12 Apostle landed in Kerala in 52 AD and started Christianity in India. Some of the major churches in India are : Basilica of Bom Jesus Goa,  Se Cathedral Church Goa, Christ Church Shimla, Medak Cathedral Telengana, Parumala church Kerala, Malayatoor Church Kerala, Velankanni Church Tamil Nadu, St Pauls Cathedral Kolkata and many more.