Hindu Philosophy is formed from the mythological books of Hinduism like the Vedas, the Smrithis, the Shruthi. It can be said that the seers, the sages and the rishis played an important and prominent part in the philosophical system in India.

Hindu philosophy is divided into six darshans or the schools based on the Indian Philosophy. These philosophies are not only understood from mythological books like Ramayana, Mahabharata and Bhagavad-Gita of Hinduism but also from the following schools or darshans. The six schools of Darshans are:

Here is a brief explanation of all the above schools of Hindu philosophy.

The Nyaya: Nyaya means justice, law or judgment. This school deals with logical dealing with any issues. The word Nyaya is derived from Sanskrit which means a set of rules that should be followed by the citizens.

This school uses logical method in dealing with spiritual matters. Sage Gautama was the main person to compose the sutras or principles of Nyaya. Vatsayana has written contemporary to this around 400 AD. This school is also called as tarka sashtra. The main contribution of this school is methodology.

Accordingly this school it contains four main sources like perception, inference, comparison and testimony. Since this school belong to astika group it believes in the existence of God and the belonging of the souls to the Mother Nature. 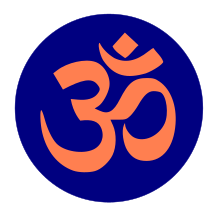 Vaisheka: This school was founded by sage Kanada Kasyapa around second century BC. It is quiet similar to Nyaya school of philosophy. This school deals with atomicity. It is mainly concerned with metaphysics, logic and ethics.

The basic idea of this school is that every object in the universe are deductible to finite number called as atom. Both Vaisesika and Nyaya school have similar features but differ only in epistemology (is a branch of philosophy which studies about nature of knowledge, justification and rationality).

Both Vaisheka school and Nyaya school believes only in only two means to knowledge they are perception and inference.  It has seven categories they are substance (dravya), attribute(guna), action (karma), generality(samanya), particularity (visesha) and inherence (samavaya).

According to the Vaisheka metaphysics the reality is composed of four basic substance earth, water, air and fire. According to the scholars of Vaisheka the atom is indestructible and indivisible. It means that the structures may perish but the atom exists for ever.

The Yoga: This is another important school of Hindu philosophy. The main reference for this school is the yoga sutras of sage Patanjali. It is also explained in Bhagavad-Gita and Upanishads. These yoga sutras help people to attain control over physical, mental and on the other parts of human body. Hindu philosophy not only recognises patanjali sutras but also recognises raja yoga, jnana yoga, bakti yoga, tantra yoga, mantra yoga, laya yoga, hatha yoga.

Samkya: This is the oldest school of hindu philosophy founded by sage Kapila. Samkya believes is dualist system of philosophy known as purusha (consciousness) and Prakriti (matter).

According to this school, jiva (life) is the bonding of purusa and prakriti. It says that nothing can be produced without anything.  It futher goes on to tell that purusha or a soul is imperishable and is unaffected by emotions or ahankars of the living being. It is only by the culmination of prakriti with purusha leads to the emergence of buddhi or intellect and Ahankara or ego.

These two gets caught in the web of samsara (daily life) and karma. Samkya school believes in three gunas (qualities) called as sattva (Good, compassionate and positive) rajas (passion for any activity, good or bad) and tamas (obstruction, lethargic, negative). It says that these three gunas are present in all living beings but the percentage of its presence is different in different persons. These gunas are widely discussed by various schools and even by Buddhists philosophy.


The Purva mimansa: The main text of Mimansa school is the sutras of sage Jamini. This school differs from the philosophy of other school. Mimansa means reflection or critical investigation. It is based on the Karma Kanda study of ritual actions using only the four early Vedas.

This school believed in only soul. It further explains that soul can be relieved only by following the orthodox methods, rites, ceremonies that are described in texts, purans and Vedas. The school explains two karmas like nitya karma and Kamya Karmas to attain liberation.

Vedanata or Uttara Mimansa: This is another important school of philosophy which believe in the teachings of Upanishads and Brahma Sutras. These brahma sutras were attributed to sage Badrayana. The school believes in attaining moksha through knowledge.. The main sub divisions of this are advaitha, Visistadvaita, Dvaita, Bhedabheda.

Hinduism and Hindu philosophy is vast and interesting. It takes ages to study, learn and understand about the preachings of Hinduism. I have just tried to explain about Hinduism in very simple terms here.