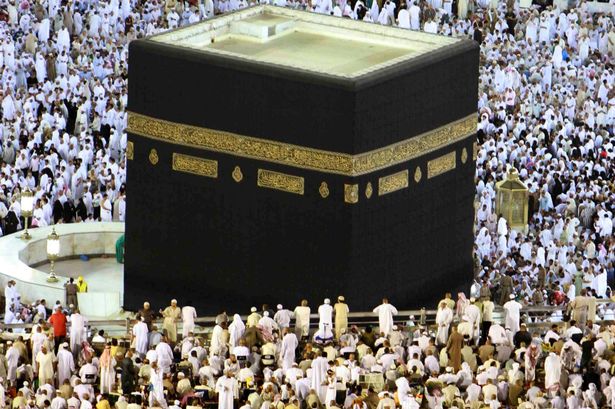 Islam religion: Another important and prominent religion in India is Islam. It is a very old religion. Over 12% of India’s population are Muslims. Even though only 12% follow Islam still Islam has major influence on Indian society and culture probably because of many Islamic rulers ruled different parts of India for many decades. Islam means submission to God and followers of Islam are called as Muslims. According to Islam there is only one God called as ‘Allah’ and Muhammad is the messenger of God. It is the second largest and fastest growing religion in the world. The holy book of Islam is Quran which is written in Arabic and the place of worship is called as ‘mosque’.  The holy place for Muslims is Mecca. Muslims do not have any particular image of God. Qibla is the place on the wall which faces the direction towards Mecca where Muslims face and do prayers. Muslims are expected to pray five times in a day. Islam has five pillars of practice they are declaration of faith, pray five times a day, visiting Mecca, fasting and alms.  Muslims greet by saying ‘Allahu Akbar’.

There are two sects in Islam religion they are Shias and Sunni. Shia’s consider prophet Mohammed designated Ali Ibn Ali Talib as his successor while Sunni oppose this as they believe that Mohammed did not designate any one as his successor and consider Abu Bakr as first Caliph. Both sects consider Quran as holy book however they differ in hadith (traditions of prophet Mohammed). Sunni’s make the majority and they are present in Saudi Arabia, South east Asia, Yemen, Algeria, Tunisia and Pakistan. Shia’s are present in Iran, Iraq and Bahrain.

Muslims celebrate many festivals. Some of the important festivals are Ramzan, Eid ul fitr, Bakrid and Muharram.  Ramzan or Ramadan is the ninth month of Islamic calendar. Muslims worldwide do fasting for the whole month to celebrate the first revelation of Quran to Mohammed. Fasting is done from dawn to sunset for one month.

Eid ul fitr is celebrated my Muslims worldwide that marks the end of Ramadan. Muslims break the fast on his day by celebrating in a grand way.

Bakrid or Eid-al-Adha is also known as sacrifice feast. It is celebrated on the 10th day of Dhu al Hijjah. Muslims sacrifice goat and it is divided into 3 parts. One parts is being distributed among poor other part of the sacrifice is given to relatives and friends and the last share is kept to the family. This festival is celebrated for the sacrifice done by Abraham.

Muharram: Muharram is the first month of the Islamic calendar and Muharram is celebrated on tenth day of this month. It is a period for mourning as Shia Muslims remembers the martyrdom of Imam Hussain who was the grandson of Prophet Mohammed. The Sunni Muslims fast on the tenth day of Muharram i.e. the day of Ashura.