Tattva and Karma in Jainism

Tattva and Karma in Jainism

Tattva in Jainism: One of the oldest is the Jain philosophy. The Philosophy gives an in depth knowledge of the seven tattvas of Jainism. Tattva is common is all the religions like Hinduism Buddhism and Jainism. Tattava is a Sanskrit word which means reality, truth or principle. 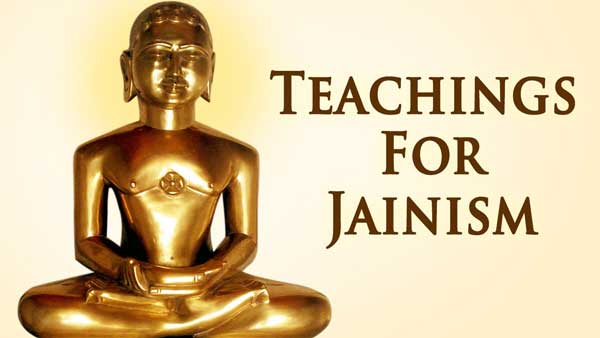 Jiva: Jiva is a Sanskrit word used for Soul. It is an eternal entity with no end. The concept of Jiva in Jainsim and attman in Hinduism is quiet similar with a mild difference. According to Jainism Jiva is an important part in the process of rebirth and attaining moksha. Jain philosophy is of the view that rebirth happens only through soul.

Ajiva: It is a Sanskrit word which means anything that has no life or soul in it. Ajiva are the non livings things as they cannot accumulate Karma and cannot die. It can be divided into two kinds that are with form and without form.

In Jainism there are five categories in which Ajiva can be placed. Pudgala ( matter like solid, liquid and gaseous state. The tiny particles known as paramanu are the building block of all the particles. Dharma tattva ( medium of motion) Adarma tattava ( medium of rest ).

They explain the principles of motion and rest. Akasa (Space) and lastly Kala (time ) The principles of Jainism emphasises that these six jivas and and ajivas are externally created and with no beginning of time. there mutual cooperation and interaction between the two explains the creation in the universe.

Asrava: Asrava is the third important tattava in Jainism. Asrava and Bandha are the two main important concepts in tattva that deals with Karma. Asrava refers to influence of body and mind making the soul to create Karma. Every activity involves karma.

Bandha: Bandha is binding of Karma with the soul. Bandha and asrava go together in karma. It comes immediately of Asrva in tattava of Jainism. The causes of bandha are wrong belief, Negligence, Passion and Non-abstinence.

Further bandha is of four kinds namely Pakriti (nature), duration of attachment of Karma to the soul, intensity of the Karmic character and the number of Karmic molecules that attach to the soul of the person.

Samvara: Stopping of Karmic materials into the soul. Out of the seven tattava in Jainism the last four tattva deals with karma. Samvara is the first important step in destruction of harmful karmas. Samvara can be achieved by following practice- having self control and freedom from all the worldly attachments, meditation, and practising ten kinds of Dharma,

Nirjara: It is the seventh tattva in Jainism which refers to removal of Karma from the soul. Following this tattva is very important for going away from birth and rebirth cycle and achieving moksha in life.

Moksha: The ultimate aim of every soul on this earth is to attain moksha. Moksha means salvation, liberation from the birth-death and rebirth cycle. To achieve moksha one has to follow very strict and disciplined life. Moksha ultimately removes all the impurities from the body or the soul 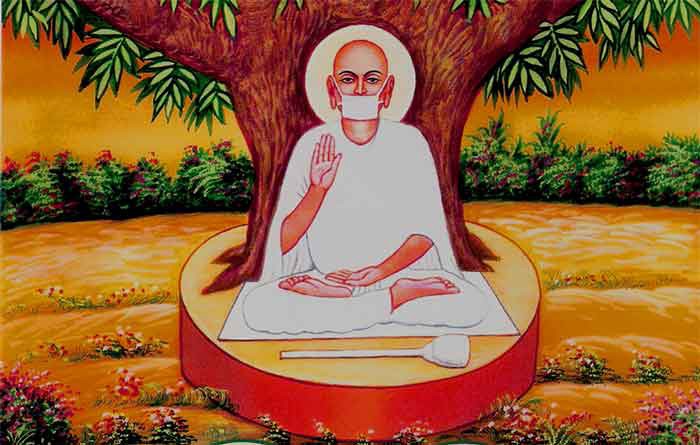 Karma in Jainism: Karma is one of the most important principles in Jainism and also in other religions like Hinduism and Buddhism. Karma is understood in different ways in different religions. It cannot be given a single definition. Karma is a Sanskrit word which means action or work or deed. The philosophy of karma is associated with rebirth in most of the religions like Hinduism, Jainism, Sikhism and Buddhism.

Karma in Jainism is totally different from Karma in Hinduism. We can also say that Karma is a mechanism which determines the quality of life. A soul can and is possible to achieve liberation or moksha only by getting rid of the karma’s attached to it.

Liberation is achieved only by following the path of liberation. According to Jainism Karma is a molecular particle that is present in the universe for which the soul gets attracted. These karma particles are attracted to soul for its action of thinking, talking and doing some action. It can be good or bad.

The main evidence to show the presence of karma according to Jainism is sufferings, pain and inequalities. The quantity and quality of karma attaching to the soul makes the soul to be happy and unhappy in the universe.

According to Jainism all the soul are pure by nature but after the particles of karma attaches to the soul only then the soul becomes impure. Purification of soul can be attained by following some strict measures. Whatever action we do in life we bear the fruits of it.

To attain everlasting happiness in life one has to follow morality and ethics in his life. Morality and Ethical principles help in decreasing karma from our life.

It is understood in Jainism that every soul has to bear the consequences of karma and no divine factor can influence and save the person. Only by practising austerity and self control one can lessen the effect of karma. Accordingly Lord Rama, Lord Krishna and even the 24th Thirtankara Mahavira had to bear the brunt and the effects of Karma.

Jain texts explain that Mahavira was able to attain enlightment only after 12 years of serious practice of austerity with detachment. Jainism also believes that Karma is the root for birth and death and reincarnation. They believe that karma of previous life would have effect even in the next life.

Jain texts beautifully describe the process of reincarnation of a soul. It gives four different gatis or state of existence namely Deva (demi Gods), Naraki (hell), Manusya (human Beings) and tiryanca (animals, plants and microorganism). Jain texts say a soul can take any four places in its reincarnation depending on the karma he has attached during his lifetime.

Jainism further says that God has no role to play in deciding the destiny of any soul after reincarnation. It depends purely on the personal karma of the soul. Violent behaviour, killing of animals for food or harming any living being leads to hell after death. Person who does well and lives with compassion with all living beings will be born as human being.

Karma is very important in all Indian religions. Many criticise the jain theory of karma.  Many have also criticised the theory of karma in all relgions. It says that a person’s life is determined by his karmas of previous life and the present life. The concept of nitya and nigoda of Jainism is also criticised.