National Emblem of the India:

Lion Capital of Ashoka is a sculpture of four Asiatic lions that are standing back to back on a wide base which has a wide base. The Lion capital was erected in the 3rd century by Emperor Ashoka of Mauryan Dynasty to show the spot of Buddha where he proclaimed first gospel of peace. 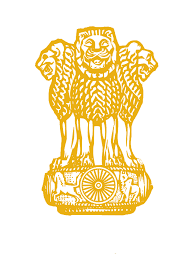 The national emblem of India is an adaptation of Lion Capital of Ashoka at Sarnath along with the motto of Satyameva Jayate. The lion capital is now preserved in the Sarnath Museum in the state of Uttar Pradesh India.

The present emblem was officially adopted on 26th January 1950. The National Emblem should be treated with great respect and cannot be used anywhere. It is the official seal for all the national and state government offices and is compulsory part on the letterhead of all the government papers.

History of National Emblem of India 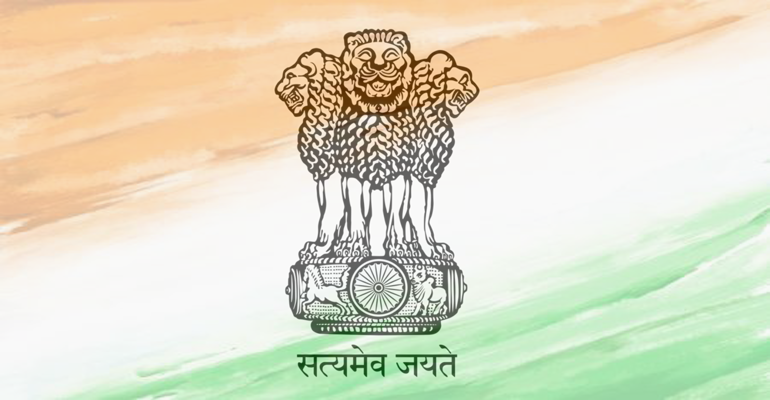 The national emblem history dates back to 3rd century when the Mauryan’s were ruling India. The great ruler of Mauryan Dynasty Ashoka embraced Buddhism after the horrific Kalinga war.

This is the only war which Emperor Ashoka fought after his accession to throne. Seeing the bloodshed and killing of large number of soldiers on both sides, it is believed that Emperor Ashoka embraced Buddhism.

After embracing Buddhism, Ashoka involved himself in the spread of Buddhists principles non violence, spiritualism, love and to remain peacefully.

In this work of spreading Buddhists preaching’s, Emperor Ashoka erected number of statues and stone carvings among them the most important is the Lion Capital of Ashoka at Sarnath. The pillar was excavated in the year 1905 by Friedrich Oscar Oertel. He excavated the Ashoka Pillar of Sarnath and found it in three pieces. The upper part Lion Capital was found intact and is currently in Sarnath museum.

When India got independence in the year 1947 Jawaharlal Nehru assigned the work of suggesting a national emblem to Badruddin Tyabji. He was a freedom fighter, civil servant and was also a member of constituent assembly. Tyabji suggested for using Ashoka Capital which had four Lions at the top. Later this design was selected and remained as the Indian emblem.

Description of National Emblem of India

The National emblem is the graphical representation of Lion capital of Ashoka. The emblem is a very important document of Government of India.

It is used on all the official letterheads of the Government of India and also is printed on all Indian currency. The National emblem is slightly different from the Lion Capital.

The emblem has only three lions visible and the fourth lion is hidden from view. The wheel at the base has bull at the right, galloping horse on the left and the Dharma Chakra at the centre. The bull represents hard work and horse represents loyalty, speed and energy. The lotus below the abacus has been omitted.

The emblem cannot be used any where and by everyone. It is regulated by State Emblem of India act 2005. The original Lion Capital of Ashoka at Sarnath has four Lions back to back which symbolised power, courage, confidence and pride.

The original Sarnath capital also featured the Bull at the South, Elephant at the east and the Lotus above the Wheels. Below the emblem is the motto inscribed in Devanagari script saying as Satyameva Jayate.

The above motto is a quote from Mundaka Upanishad which is the concluding part of the Hindu Vedas which means Truth alone triumphs.

Significance and Symbolism of National Emblem of India

National Emblem has a very great significance and importance ever since the period of Emperor Ashoka. The Lion Capital which was built in 3rd century by Emperor Ashoka marks a very important spot where Buddha first disseminated his Bodhi preaching’s to his disciples.

It can be said that by adopting the sculpture of Lion Capital as National Emblem, the government of India recognised the importance of Buddhism as a religion and also spread in a way the preaching’s of Buddhism.

The four Lions of the Lion Capital symbolise and stress on the equality and justice to all the people in the country with equal respect to all religion and cast and creed.

Emperor Ashoka reaffirmed the commitment to uphold peace and tolerance after embracing Buddhism. The three lions which the Republic of India adopted represent and signify Strength, Courage and Confidence.

The first 12 spokes also represent 12 stages of suffering and the next 12 spokes represents no cause and no effect. The animals that are represented on the emblem are also referred in Buddhists texts and are also considered as symbols for carrying the principles of Dharma.

The motto on the emblem which states as Satyameva Jayate which lit means Truth alone triumphs is a part of the ancient Indian scripture Mundaka Upanishads from Hindu texts. The motto is read as follows

The following is in Devanagri script

The English translation for this is

Trough truth the divine path is spread out

By which the sages whose desires have been completely fulfilled

Reach to where is that supreme treasure of truth.

The national emblem is a very important symbol of India and it is a source of inspirations for the Indian citizens and to the world. The emblem is a sense of pride and respect to billions of Indian citizens across the world. The emblem should not be misused or disrespected if done it is punishable under state Emblem act. The Emblem also shows India’s tolerance and respect to all the religions.

Please share your opinion with us by clicking the link here

Here are some good products of National Emblem.