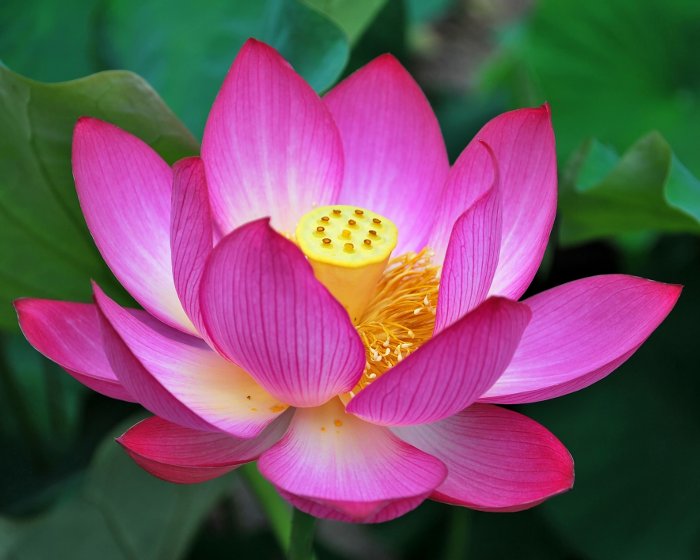 Lotus also known as Nelumbo Nucifera is a aquatic plant with wide leaves and flower are above water and the remaining parts of the plant are under the water. Lotus also known as Padma in Sanskrit plays a very role in Indian religions like Hinduism, Buddhism Sikhism and Jainism. According to Indian religions Lotus symbolises purity of heart and mind. Even after growing in dirty and murky water Lotus stands for purity. It is also regarded as symbol for many God and Goddess in Hinduism. 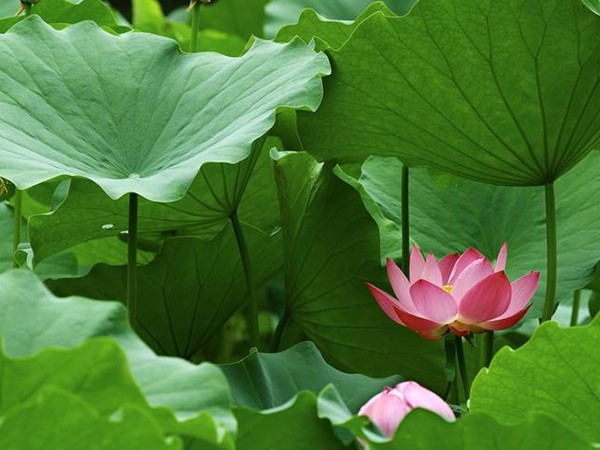 The scientific classification of Lotus:

Classification and Distribution: Lotus belongs to Nelumbo genus and often confused with water lilies of genus Nymphaea. Indian Lotus is distributed widely in central and Northern India. Being the native of East Asia, the Indian Lotus is widely seen India, Bangladesh, Myanmar and Sri Lanka. It is also distributed in northern and eastern Australia. Lotus is National flower of India and also Vietnam. In Egypt also the Lotus flower is considered as sacred because they are considered as symbol of God.

Cultivation of National Flower of India-Lotus 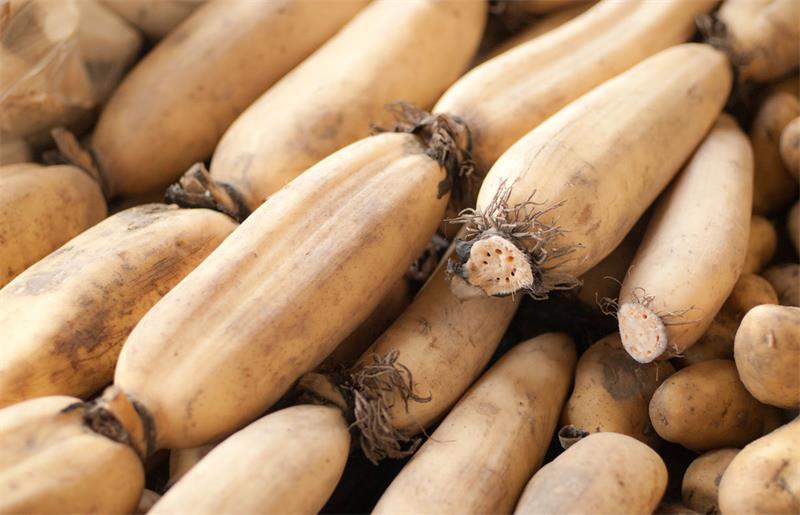 Lotus requires rich loamy soil. A part of the rhizome with at least one eye is planted in ponds and lakes. The other methods of propagation are through seeds and buds. The seeds must be exposed to sun for at least 6 hours every day and the temperature required for growing lotus is between 25-30oC. April to September is the growing season for the lotus. During winters the roots are frozen and stored in a dry cool place.

It takes approximately 10 days to make a dry field ready for growing lotus. First the field is ploughed later manure is applied. The water level at the field is kept low till the plant grows to certain height after that the water level is increased. It takes two to three months for the stolen to be ready for harvesting.

The stolen is pulled out of water slowly by shaking in the water. After three months of harvesting one can see beautiful leaves and flowers of the lotus. Flowers are picked every two days ones in summer and every three days ones in winter. The rhizome is ready to eat after eight months of harvesting. The tasty and the starch rich rhizome can be easily dug out from the drained soil.

Every part of the lotus plant is very useful both for medicinal purpose and for economic purpose. Based on the usage of lotus it is classified into three types of namely rhizome lotus, seed lotus and flower lotus.

The rhizome is a very important part of Lotus. It is consumed as a vegetable in places like India, China and Japan. Rhizome is starch rich food which has a sweet tangy taste. The mature leaves are mostly used for packing and the Rhizome, and the leaf stalks are used in soups, salads. It is rich in fibre, contains Vitamins like B1, B2, B6, and C, essential minerals like potassium, manganese, phosphorous and copper. 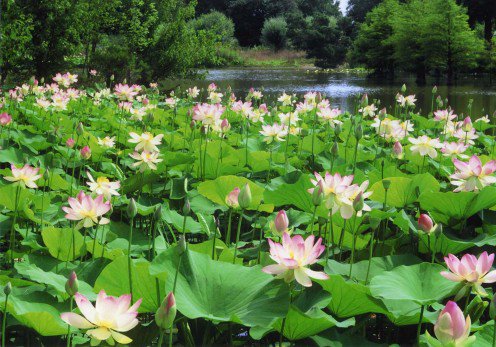 Lotus seed is used in various food forms like fermented wine, rice, makana or popcorn.  Lotus leaf is also consumed in countries like China and Korea in the form of Lotus leaf tea. It is also used as a wrapping for rice or other eating dishes in many Southeast Asian cuisine. Some of the parts of Lotus rhizome, petals and leaves can be eaten raw but there are chances of parasite attack on the body hence it is recommended to cook before eating.

Different parts of the Lotus plant is used for curing many diseases. Rhizome, leaves and the seeds are used as folk medicine, in Ayurveda, Chinese traditional medicine and the leaves are used to cure diseases like Hematemesis, epitaxis and Hematuria and the flowers are used for curing Diarrhoea, Cholera, Fever and Hyperdipisia. The lotus root is to treat infections like diarrhoea and small pox. The lotus seed is very good for cleaning kidney and spleen.

Lotus flower is also used in wastewater treatment. As lotus flower is able to grow in various water conditions it helps to remove polluting compounds and heavy metals present in the water. The big leaves of the Lotus covers the top layer of water there by it reduces sunlight to reach deep in water and thus reduces the growth of algae in water.

Cultural and Religious significance of Lotus 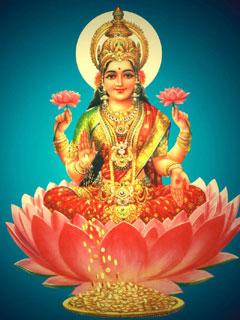 Since ancient times Lotus is considered as a sacred flower and it is a symbol of purity, immortality and divinity for most of the Indian Religions. It is considered as seat of Goddess Saraswati according to Hinduism.

Even many thirtankaras and Buddhists are seated on the Lotus flower according to Jainism and Buddhism. Buddhism further states that lotus flower even after growing on the murky and muddy water comes out as pure in the same way human beings should come out from all the detachments and physical desire and stand pure in their body, mind and speech. Even many other religions have great respect to Lotus flower.

Reasons for choosing Lotus as National Flower of India

Lotus flower represents divinity, purity, fruitfulness and immortality. Lotus flower has a very old presence since ancient India. According to Bhagvad Gita and Vedas Just as how Lotus remains pure and untouched even after growing in the muddy waters in the same way human beings should rise and stand away from all the world attachments.