The song was pronounced as the National song of India on January 24th 1950. The National song is given same respect as that of National Anthem of India. The National song was a source of inspiration to the freedom fighters who were fighting against the British to free India from their hands. Vande Mataram developed huge enthusiasm among the young Indians both men and women who fought against British and sacrificed their lives to Mother India. 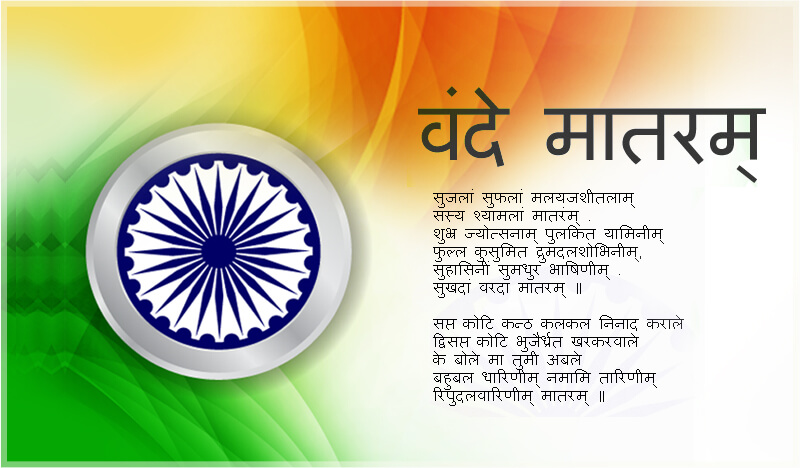 Written in the Bengali script in the novel Anandmath the poem and the title Bande Mataram meant “I praise to thee Mother”. The song was first sung by Rabindranath Tagore at the Indian National Congress session in the year 1896. Later after India got independence and in the year 1950 the first two verses of the song was declared as the National song of India.

Aurbindo Ghosh who was a philosopher and spiritual leader referred the song as National Anthem of Bengal. The root word Vande in Sanskrit is Vand which has mentions in Vedic texts and Rigveda. Vand means to praise, to celebrate and salute respectfully and Mataram which has Sanskrit word as matar and in Latin as mater which means “mother”. 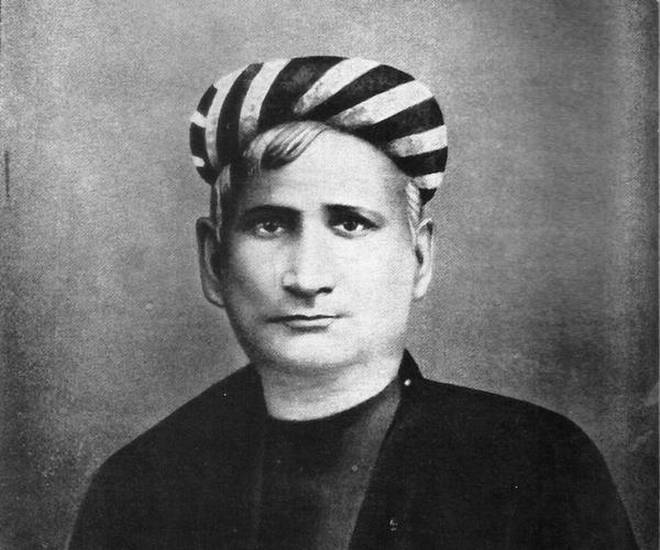 Lyrics and Translation of Vande Mataram

The poem Vande Mataram featured in patriotic novel of Bhankim Chandra Chathopadya’s Anandmath which was published between 1880-1882. The language of the novel is Bengali but the verses of Vande mataram are written in Sanskrit. Out of the six verses only first two verses are considered and adopted as National song of India. The first two verses of the song in Sanskrit are as follows:

Every Indian was fighting hard against British to make Mother India free from British. At that time Vande Mataram was like a boon to freedom fighters who became excited on hearing Vande Mataram.  Bankim Chandra Chattopadhyay was a BA graduate from Calcutta University had joined the British government as a civil servant.

Later Rabindranath Tagore further gave a boost to the song when he first sang the song in the year 1896 during Indian National Congress session in Calcutta. Fearing the strong unity among the Indians the British government banned the book and the recital of the song a crime. The British government imprisoned thousands of Indian freedom fighters who were fighting for independent India.

In the year 1901 Dakina Charan Sen sang the song in another Indian National Congress session. Lala Lajpat Rai started a journal called as Vande Mataram from Lahore. Young revolutionaries and the freedom fighters got inspiration from Vande Mataram. Every Indian were crying and shouting Vande Mataram. Such was the power of the song of Vande Mataram. 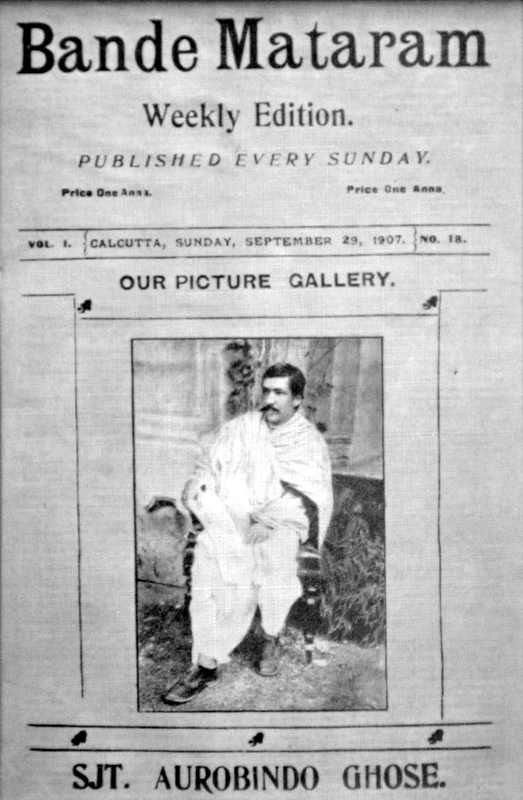 The English translation and meaning of Vande Mataram

Rich with thy hurrying streams,

Cool with thy winds of delight,

Over thy branches and lordly streams,

Clad in thy blossoming trees,

Mother I kiss thy feet,

Mother, to thee I bow.

Who hath said thou art weak in thy lands

When the swords flesh out in the seventy million hands

Thy dreadful name from shore to shore

With many strengths who art mighty and stored,

To thee I call Mother and Lord!

Though who savest, arise and save!

To her I cry who ever her foeman drove

Back from plain and Sea

And shook herself free.

Thou art wisdom, thou art law,

Thou art heart, our soul, our breath

Though art love divine, the awe

In our hearts that conquers death.

Thine the strength that nerves the arm,

Thine the beauty, thine the charm.

Every image made divine

In our temples is but thine.

Thou art Durga, Lady and Queen,

With her hands that strike and her swords of sheen,

And the Muse a hundred-toned,

Pure and perfect without peer,

Rich with thy hurrying streams,

Bright with thy orchard gleems,

In thy soul, with bejewelled hair

And thy glorious smile divine,

Loveliest of all earthly lands,

Mother sweet, I bow to thee,

Adoption of Vande Mataram as National Song of India

However with the support of Mahatma Gandhi and Jawaharlal Nehru the first two verses of the song was declared as the National song of India. In order to support the sentiments of non Hindus the entire song was not considered for National song.

Rajendra Prasad who was the then presiding officer of the constituent assembly made the following statement “ The composition consisting of words and music known as Jana Gana Mana is the National Anthem of India, subject to such alterations as the Government may authorise as occasion arises and the song Vande Mataram Which has played a historic part in the struggle for the Indian Freedom, shall be honoured equally with Jana Gana Mana and shall have equal status with it. I hope this will satisfy the members”.

Vande Mataram has been translated into more than 10 languages. We at India-a2z.com would like to hear more about our National Song Vande Mataram. Do share your opinion with us by clicking the link here.