Chittaranjan Das popularly called as Deshbandu( friend of Nation) is a Bengali political leader, a lawyer. He was an activist and also fought for the freedom of India against British. He founded the Swaraj Party in Bengal when Bengal was under British rule.

Chittaranjan Das was born on 5th November 1870 at Dhaka now in Bangladesh. He was born in Baidya family and his father was Bahuban Mohan Das worked as a solicitor and a journalist who used to Edit the English Church Weekly and mother was Nistarani Devi. His grandfather was Kashiswar Das.

Das whole family were members of Brahmo Samaj and he was the nephew of Brahmo Samaj social reformer Durga Mohan Das. During Non cooperation movement that was launched by Mahatma Gandhi, Das was a prominent follower of the movement. He was one of the first member who started to boycott all the British products including clothes. Das was also jailed by the British for taking part in the non cooperation movement. 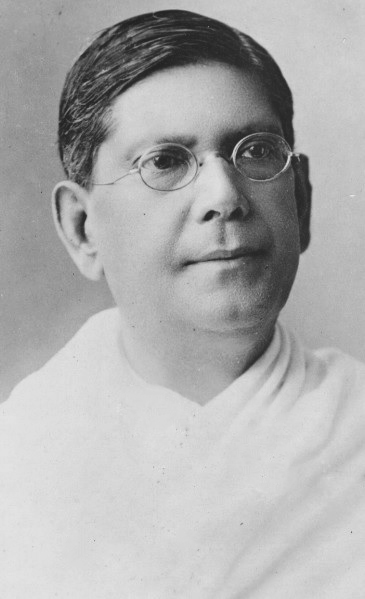 Brahmo Samaj was a community which began as a monotheistic reformist’s movement of Hindu religion. It was one of the most influential religious movements in India. It was founded by Raja Ram Mohan Rai in 1828.

Das married to an Indian Independence activists Basanti Devi and had three children with her Aparna Devi, Chiranjan Das and Kalyani Devi. Basanti Devi was a activists who took part in various freedom movements like civil disobedience movement, non cooperation movement. She was the first women to be arrested along with her sister in law Urmila Devi in the year 1921. Through her speeches she influenced people to join the agitation. She was awarded Padma Vibhushan in 1973.

Since he did not get admission for civil service he joined Inner Temple to complete his graduation in Law and later was asked to join the bar. Chittaranjan Das then came back to India to practice Law. He became one of the prominent and successful lawyers at that time.

In 1909 when Aurbindo Ghosh was arrested in the Alipore bomb case Das successfully defended Ghosh in the court. The Alipore Bomb case also called as Muraripukar conspiracy was trial of number Indian revolutionaries in Calcutta under the charges of “Waging war against the government” of the British Raj between 1908 and 1909.He also successfully defended freedom fighters like Brahmabandhab Upadhyay and Bhupendranth Datta who were arrested on the charges of sedition. 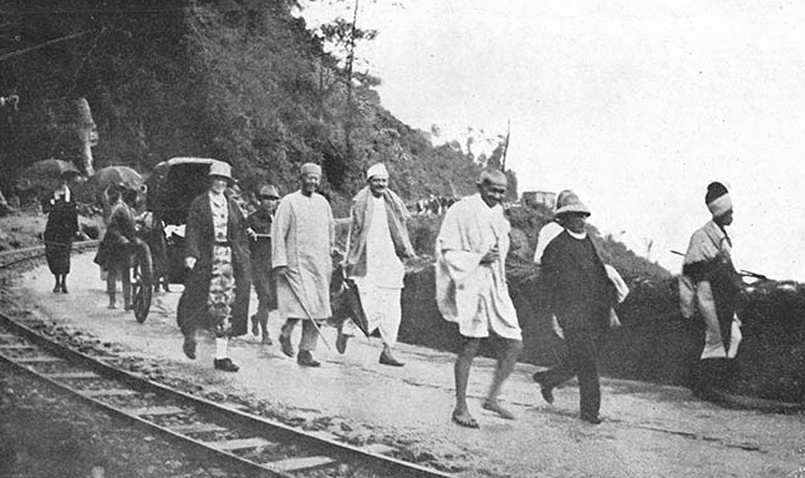 During non cooperation movement Das became one of the symbols of patriotism and courage. He asked all the Indians to ban British clothes and all other things made by British. To set up an example he started wearing clothes made of hand spun khadi. Like Mahatma Gandhiji even Das believed in nonviolence and sacrificed all his luxuries to lead a simple life like Gandhiji.

He pressed for Hindu Muslim unity cooperation among all over India to attain independence. He also pressed for education. According to Das people should attain basic education to need a normal and happy life. He also laid importance for women’s freedom and helped Ishwar Chandra Vidyasagar’s movement for widow remarriage.

Chittaranjan Das even started a newspaper called as Forward to fight against British policies. He later changed the name of the paper as Liberty. He becomes the first Mayor of the Calcutta Municipal Corporation. After resigning from the Indian National Congress he founded Swaraj Party along with Motilal Nehru. The Swaraj Party was formed on 9th January 1923.

Chittaranjan Das became the President and Motilal Nehru became one of the secretaries. Swaraj Party members were basically not satisfied with the working of Congress to gain independence. The other group called as no changers were formed who agreed to withdraw the non cooperation movement and follow other non violence method. Some of the members from the Swaraj Party were elected to councils so that they can raise voice against any wrong decisions.

The legislatures had minimal powers and hence they apart from standoffs from the British the main purpose of obstructing British in all task could not be done. The Swarajist party was elected to Calcutta Corporation in the year 1924. Das became the mayor and Subhas Chandra Bose was elected as chief executive officer. Later after the death of Das his follower Bose continued his legacy.

In 1925 due to over burden of work Das health started to deteriorate. On 16th June 1925 his condition became serious and he died due to high fever at Darjeeling. Thousands of people took part in his funeral as a mark of respect to the great leader.

Each province has got a speciality of its own, I admit, but over and above that, all these different provinces are bound together in one common culture… If the whole of the Hindu races are bond up in that way you must also realise that the whole of the Mahomedan races all over India are also similarly bound up together and we must not forget that the two great cultures must meet together, and the result will be a great culture which is not purely Hindu, not purely Mahomedan but something which is made up of the contact of these two great races. And that is the ideal of Indian Nationality which must be preserved and developed to the fullest extent.

Gentlemen, when I consider the objections put forward to the grant of self-government I can hardly keep my patience. What is it that they say? They say that we are not educated enough to get self-government. My answer is: whose fault is it? For the last 150 years you have been governing this country and yet you have not succeeded in educating the people of this country to such an extent that they may be fit for governing themselves.

Swaraj means that we must live within ourselves, we must be self-contained. I tell you we are great slaves to-day. Our economic slavery is greater than our political slavery… From Manchester comes 60 crores rupees worth of cloth every year. You will not have to pay these 60 crores rupees which go out of India. If a householder works by Charkha for one o two hours a day at the end of the year he will find himself with all the necessaries of his family.