Cause of Death: Heart attack

Sardar Vallabhbhai Patel also known as Sardar Patel was an eminent political leader and a freedom fighter who fought against British for India’s Independence. A lawyer by profession and political activists was a moderate member in Congress. Patel was deeply influenced by the political ideologies of Mahatma Gandhi.

After India got Independence Patel played a very crucial role in the integration of 500 princely states in to the Indian union. He became the first home minister and first Deputy Prime Minister of Independent India from 1947-1950. His commitment for the development of the Independent India earned him the title Iron Man of India. 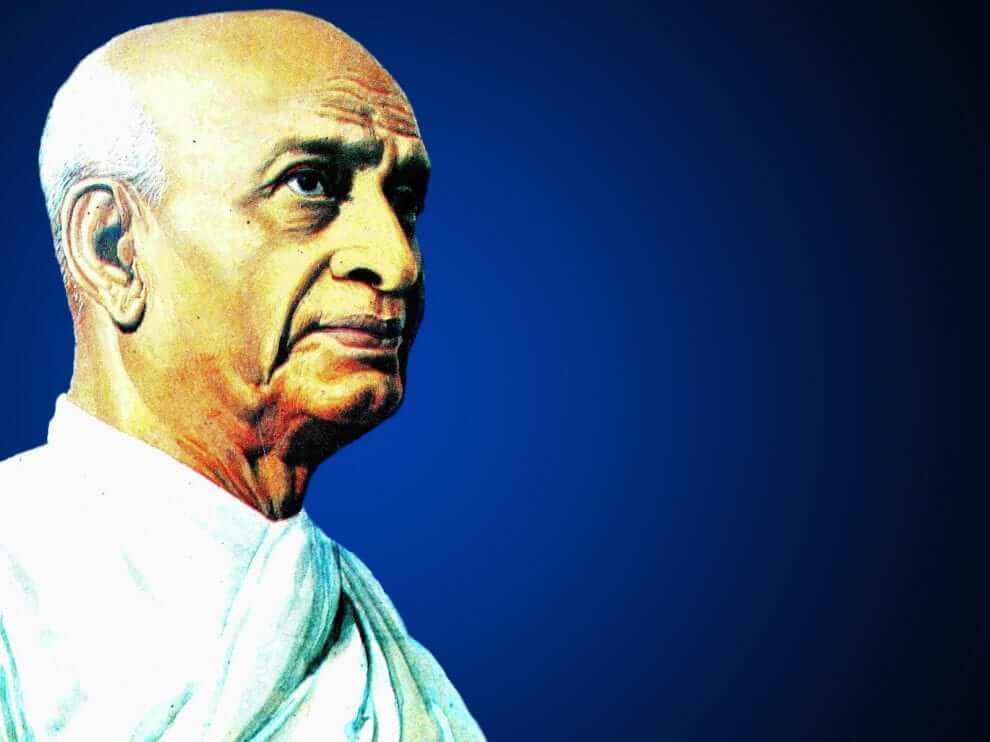 Sardar Vallabhbhai Patel was born on 31st October 1875 at Nadiad district which is in Gujarat now. His parents were Jhaverbhai father who served in the army of Queen of Jhansi and Ladbai was his mother.

Patel started his schooling in Gujarati medium school however he was shifted to English medium school. Patel passed his high school. He later moved to England in the year 1910 to pursue a degree in Law. In the year 1913 Patel completed his Law degree from Inns of Court.

Patel spent many years away from the family hence with great concentration and focus he was able to complete the Law degree in just two years. He returned to Gujarat and started to practice Law in Godhra District of Gujarat. With his fierce talk he became famous as an honest and skilled Lawyer.

Before going to England Patel was married to Jhaverbai. The couple had two children Maniben daughter and son Dayabhai. In 1906 when Patel was nursing his friend who was suffering from Bubonic Plague, even he was contracted with plague then immediately he moved out of Godhra and moved into an isolated house in Nadiad were he recovered from plague. 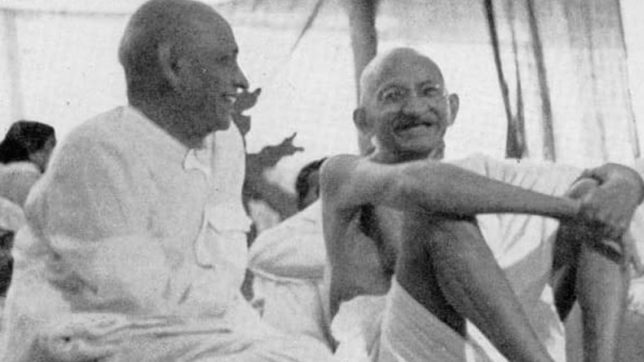 Patel strongly revolted against the British and its laws and turned down all the lucrative jobs offered to him by the British. In the year 1909 Patel’s wife suffered from cancer and was hospitalized in Mumbai to undergo cancer surgery. However, she could not survive and died in the hospital.

At the time of her death Patel had two small kids as responsibility. He decided not to get married again and with the help of his other family members he raised his kids into good human beings. He sent both his children to English medium in Mumbai.

In 1911 at the age of 36 Patel went to England and enrolled in middle Temple Inn in London. He just took 30 months to complete his course and returned back to India.

He accepted Mahatma Gandhi as their leader. In the year 1917, he was elected as sanitation commissioner of Ahmadabad. On being advised by Mahatma Gandhi, Patel became the secretary of the Gujarat Sabha which was the Gujarat wing of Indian National Congress. Later he addressed a gathering in Borasad and urged people to join the fight against British for Swaraj.

He became a full-time freedom fighter after quitting his high-profile job. In 1918 he led a huge “No tax Campaign” against British. Patel urged farmers not to pay taxes as ordered by the British after the floods in Kaira.

The peaceful walk by the farmers and other freedom fighters forced the British to give back the farmers land. This brave act of Patel gave him the title as “Sardar”. 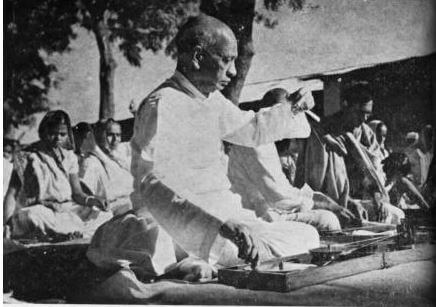 Patel was against the forced labour also known as Begar which British practiced against the Indians. The association with Mahatma Gandhi became closer when both leaders came together during Kheda Satyagraha in 1918. The movement was for the people of Kheda who were unable to pay heavy taxes that were levied on them due to crop failure and plague epidemic.

In the year 1925 the farmers of Bardoli Gujarat suffered huge crop loss due to famine and floods. This led the farmers to suffer huge financial problems. During this period the Bombay Presidency had raised the taxes by 30%.

The farmers were not in a position to pay such huge tax to the British. The movement was led by Sardar Vallabhbhai Patel. He asked the farmers to not pay the taxes and budge to the pressure of British.

The government declared it would take all the lands of the farmers and forcibly seized all the lands. When the government began to auction the land and the houses not a single person from all over came forward to purchase the land. This showed the unity of the Indians.

The agitation went on for close to six months and after several rounds of meetings between Patel and British, the government decided to give back the land and the houses back to farmers and also cancel the revenue payment. The farmers celebrated the victory.

Patel was elected as the President of Ahmadabad municipal for three years in 1922, 1924 and 1927. During his tenure he developed and improved the infrastructure in Ahmadabad along with electricity, drainage system and water system. He also improved and made major reforms in the school system. 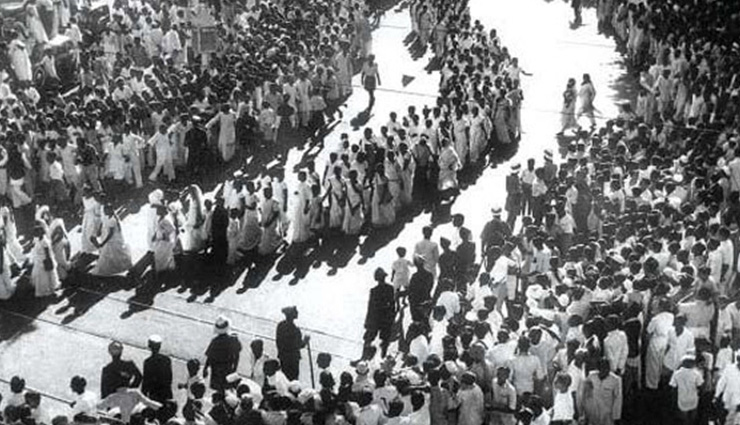 The political situation in the country was in deep crisis and the Congress Party had its priority as Purna Swaraj. The boycott of Simon commission, the salt satyagraha movement all were leading into Purna Swaraj.  After the failure of Round table conference both Mahatma Gandhi and Patel were arrested in the year 1932 and were sent to Yervada Jail.

Gandhiji took fast unto death for protesting the separate electorates allocated for untouchables. Patel took good care of Gandhiji during this period. Later Patel was moved to Nasik jail and even was denied for a brief release for the cremation of his brother Vithalabhai who died in October 1933. He was finally released in the year 1934.

Quit India movement in1942 was another important movement in which Patel played a very important role. When the World War II broke Gandhiji was against supporting the British in the world war.

Gandhiji was arrested in the year 1940 and he was imprisoned for nine months. During Quit India movement Patel travelled extensively all over India by giving speeches to make more people participate in the movement.

Because of his strong and explicit speeches, he was arrested again in 1942 and was sent to Ahmednagar fort along with other Congress Leaders. Patel was released only in the year 1945. During his three years stay in jail Patel used to spend his time in doing quality work like spinning cloth, read many books, playing bridge, doing gardening work and taking long walks.

Sardar Vallabhbhai Patel was one of the few congress leaders who accepted the partition of India was only the solution to stop all communal violence between Hindus and Muslims.  In the year 1946 Sardar Patel worked with V.P. Menon who was a civil servant and accepted his proposal of creating a new dominion of Pakistan based on the religions of the state.

Sardar Vallabhbhai Patel played a very important role after independence in the integration of princely states in to the Indian Federation. The India what we see and enjoy today is because of the efforts of this great leader.

After India got its independence Patel became the Home Minister and Deputy Prime Minister. At that time India was in a mess with partition on one side and the communal violence on the other side. Patel was entrusted with a huge responsibility of integrating the 562 princely states in to the Indian Dominion. 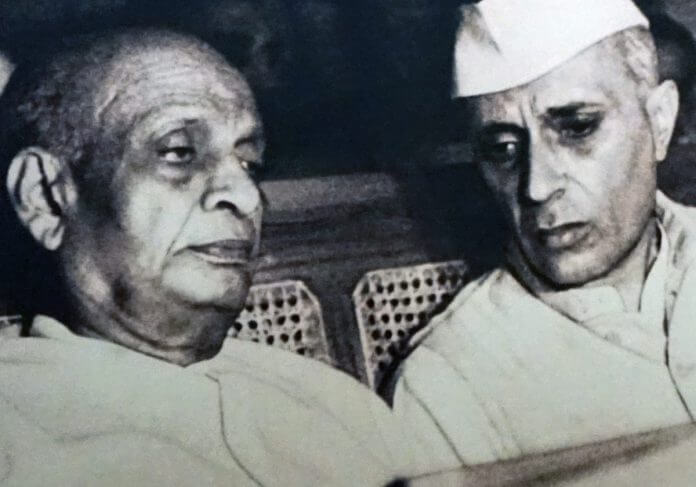 On 6th of August 1947 Patel started to do the work of integration. The British government at the time of independence had given two alternatives to the dominions as either to join India or Pakistan or remain independent.

Patel was successful in integrating all the states except Jammu Kashmir, Junagadh and Hyderabad. Junagadh was especially important to Patel as it belonged to Gujarat which was his home state and also it was quiet far from Pakistan and 80% of the population were Hindus. Patel sent army to Junagadh and took it under his control. Later Hyderabad was included in Andhra Pradesh

Patel was a important and key member of the constituent assembly. On his recommendations B.R Ambedkar was appointed. Patel worked hard to restore the Somnath Temple in Gujarat and he also worked in establishing Indian Police Service and Indian Administrative Service.

His immediate challenge was to increase the strength of the army and improve the infrastructure of newly formed India. The India what we enjoy today is because of the hard of Patel and other key members.

He was able to sort out the problems India faced after Partition and restore law and order in the country. Both Nehru and Patel had difference of opinion in many political issues.

They both looked to Mahatma Gandhi for sorting the issue. Raj Mohan Gandhi in his book has written that Nehru focused mainly on maintaining religious harmony and developing a technological and industrial base while Patel focused on states to join the Indian Union, modernising the administrative services and constructing a consensus on the important elements of the Constitution.

Death of the Great Leader

By 1950 Sardar Vallabhbhai Patel health declined drastically and his daughter Maniben took good care of him by limiting her work .he had stated to cough blood out which was not a good sign. On 2nd November 1950 his health further deteriorated and was bedridden. He died of massive heart attack on 15th December 1950. 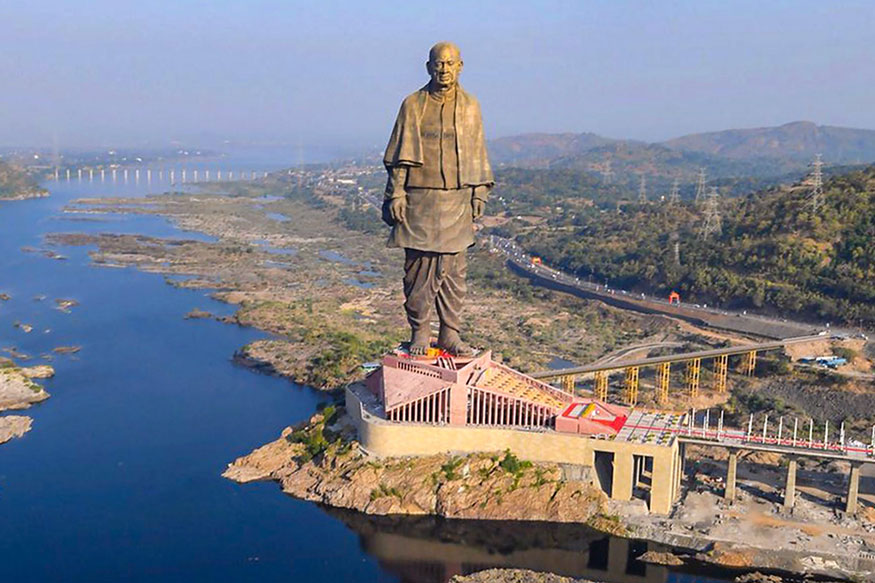 To show to this great leader Rashtriya Ekta Diwas also known as National Unity Day was introduced by Government of India in 2014.  It is celebrated on 31st of October every year and it is the birthday of Sardar Vallabhbhai Patel.

The statue of Unity which is the tallest statue in the world is a colossal monument dedicated to Sardar Vallabhbhai Patel. It is located in the state of Gujarat in India facing Narmada Dam. It is at a height of 182 meters and is divided in five zones out of which only three are accessible to public.

From the base to the level of Patel’s shins is the first zone which has three levels and includes an exhibition area, mezzanine and roof. Zone 1 contains a memorial garden and a museum. The second zone reaches to the Patel’s thighs while the third extends to the viewing gallery at 153 meters. Zone four is maintenance area and final zone comprises the head and shoulders of the statue.