Some of the remarkable rock cut structures that were built during Buddhist and Jains are present in Bihar and Maharashtra. Some of the best caves that were excavated during Buddhist period include Chaityas and Viharas. The rock cut architecture is very important source for the Indian history. One can understand the Indian history from very old period.

In India caves very considered as a very sacred place. It could either natural or manmade.  The oldest rock cut architecture is found in Barabar caves in Bihar which was built around 3rd century. There are around 1500 rock cut architecture in India. Even though stone structures were started to be built by 5th century still rock cut cave temples continued to be built with more carvings and more beauty. 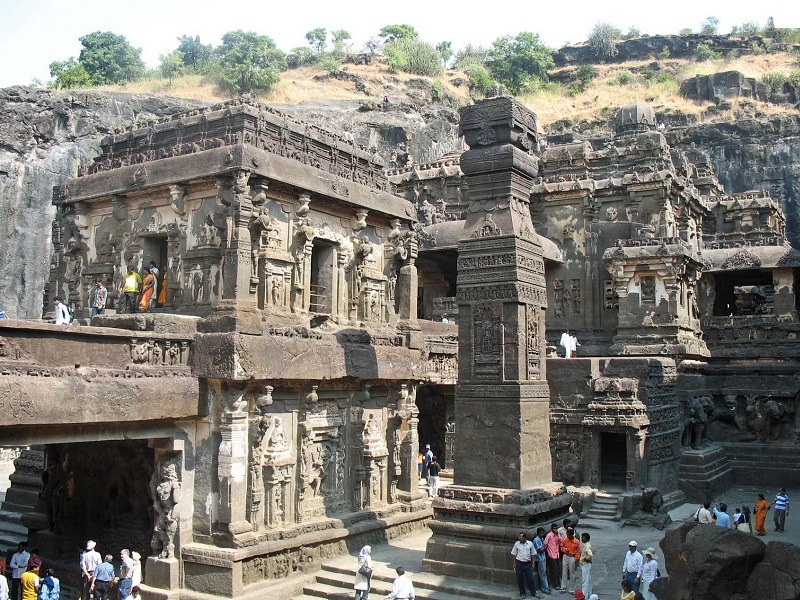 Rock cut architecture is very important to understand the ancient and about the Indian history. The earliest rock cut architecture is considered as the Barabar caves which date back to 3rd to 2nd century BCE.  These were mostly built by Buddhist monks which were usually multi storeyed. These caves had kitchen, balcony, monastic spaces and sleeping quarters.

The western Deccan believes that early cave temples mostly shrines and monasteries were built around 100 BCE and 170 BCE. Some of these monastic caves had shrines of Buddha. Some of the earliest caves include Karla, Bedse Caves, Kanheri caves and some portion of Ajanta caves.

It is believed that these caves were used as a place for religious and commercial business. It is also believed that Buddhists missionaries often travelled with travelled with traders on busy the international trading routes through India. These wealthy traders commissioned some of the splendid cave temples like the pillars, arches and also facades. 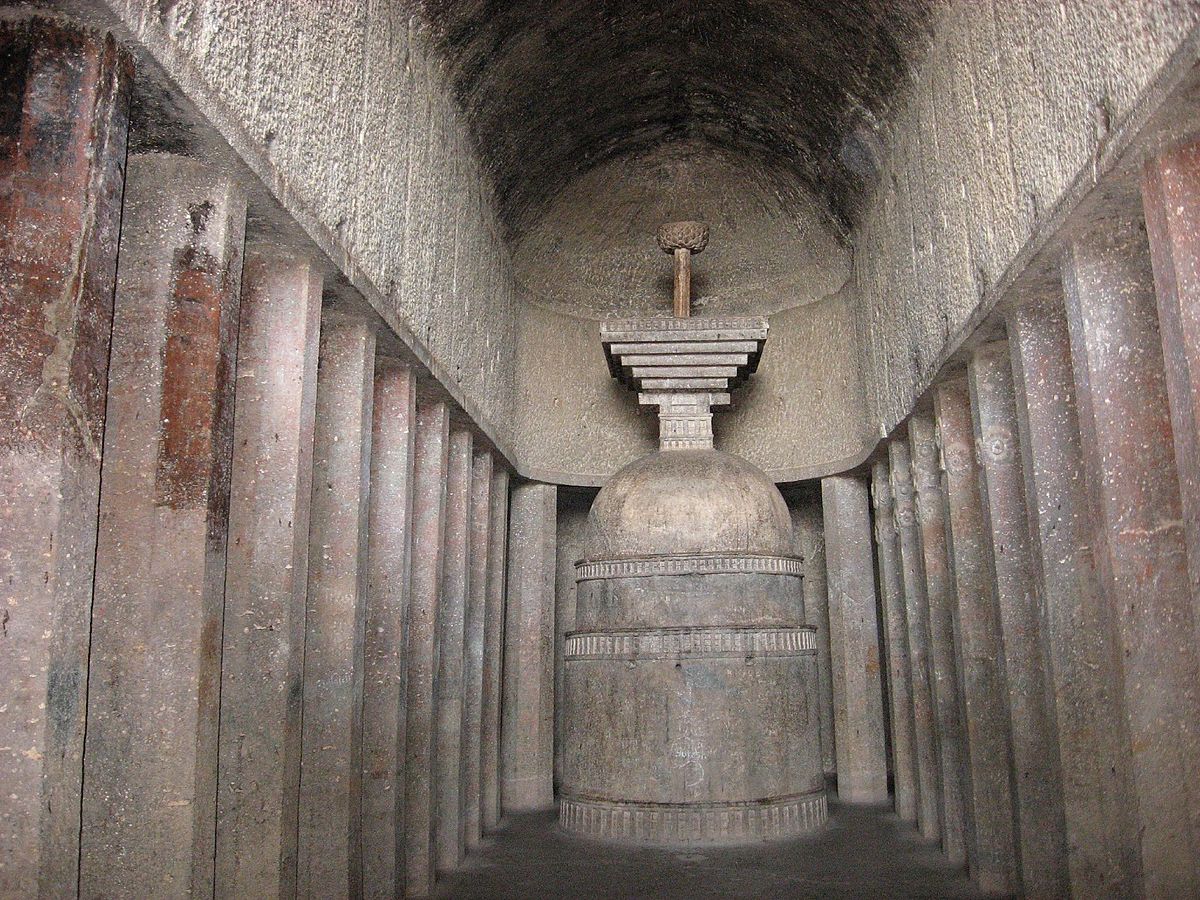 As the time progressed even there was an improvement in the architecture of these rock cut caves. The carvings became more depth and elaborate and often decorated with paintings on the carvings.

At the beginning of 7th Hindu temples that were constructed in the Ellora caves were three dimensional as compared to earlier ones. Some of the other examples include Ajanta and Pataleshwar temple.

Most of the caves that were used in the early part of the history were the natural caves. These caves were used as resting place, for doing prayers and meditation.  Some of these caves were occupied and slightly modifies during Palaeolithic and Mesolithic period. Some of the early instances can be the overhanging rock which has rock cut designs on it or the scrapping or chiselling of the rock in these caves.

The Bhimbetka rock shelters which is a UNESCO world heritage site now is located inside Ratapani Wildlife Sanctuary on the verge of Deccan Plateau in Madhya Pradesh India gives examples of human settlements some thousands of years ago. The place has many rock paintings which are more than 30,000 years old. 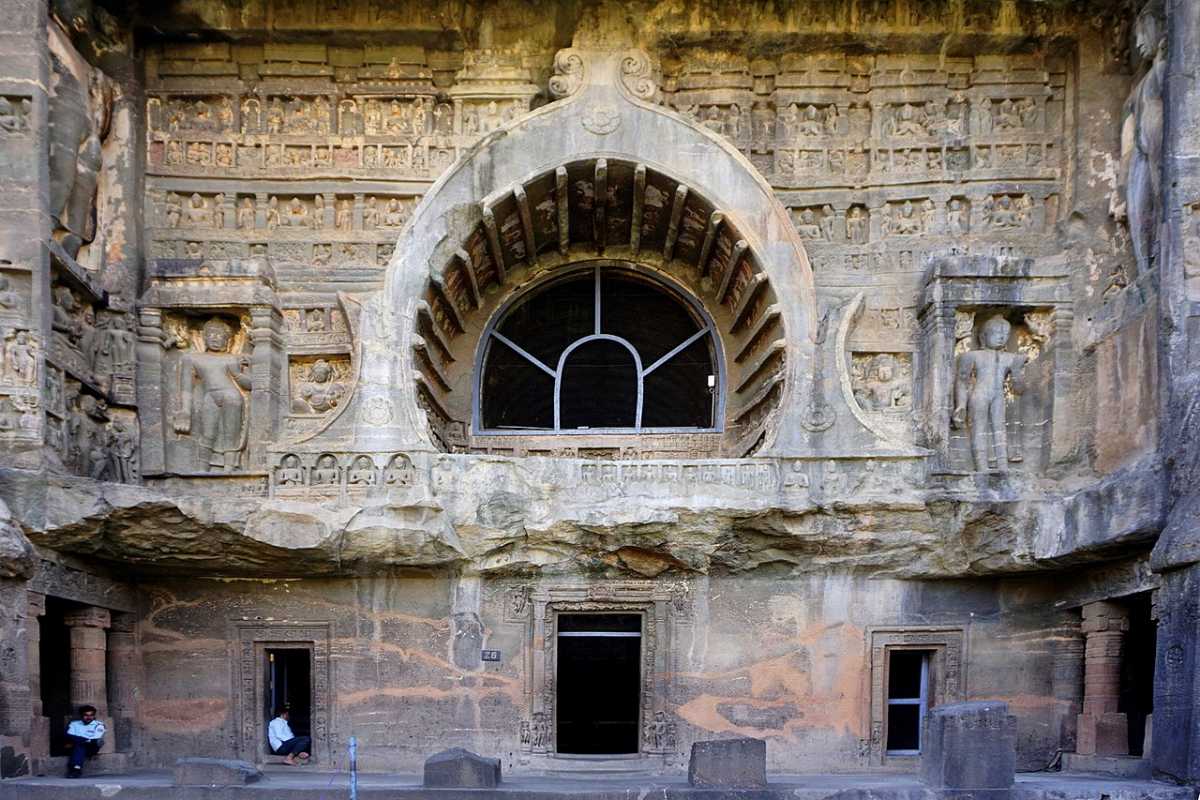 With the arrival of Buddhist missionaries these caves were turned into shelter homes and shrines for the monks in accordance with their asceticism and monastic life. It is presumed that the Western part of Deccan region had more cave temples which were made of wood which could date back to 100 BC to 170 AD. Probably these cave temples have not survived due to the wooden structures.

The ancient Buddhist and Jain Basadi, temples, monasteries are some of the examples of rock cut temples. These Buddhist missionaries travelled with the traders on busy international trade route through India. They were provided with lodging facilities by the Buddhist missionaries if they travelled Buddhist abode trade routes. Some of these traders commissioned to build pillars, arches and beautified the entrance of the caves.

It is believed that many traders and Satvahana rulers made grants to build the caves in Karla caves. Another classic example can be Bhaja caves which is located in the city of Pune India. These caves are 400 ft located above Bhaja village is an important ancient trade route between Arabian Sea eastward and Deccan plateau.

As the traders and mercantile grew there was also the development of these caves. Most of the temples, stupas, monasteries have been destroyed but most of the cave temples are well preserved may be due to less visibility. There are around 1200 cave temples still exists which are mostly Buddhist temples.

Some of the earliest surviving caves in India include Ajanta Caves which is a UNESCO world heritage site now has around 30 rocks cut Buddhist monuments dating back to 2nd century to around 480 CE. Cave 16, 17, 1 and 2 of Ajanta have beautiful ancient Indian wall painting.

Other surviving caves include Karla caves which were developed during 2nd and 5th century, Kanheri caves which dates back from 1st century to 10th century are group of caves and rock cut monuments. It is located in the Sanjay Gandhi National Park which is in the Western outskirts of Mumbai India. These caves contain Buddhist sculpture, paintings, inscriptions and carvings.

The other caves include Bedse caves and Bhaja caves. As the time passed the interiors of the caves were improved along with the entrances. Most of the interiors were designated for specific purpose such as Viharas and Chaityas. Over the years these caves started to resemble free standing buildings which were designed by highly skilled artisans. 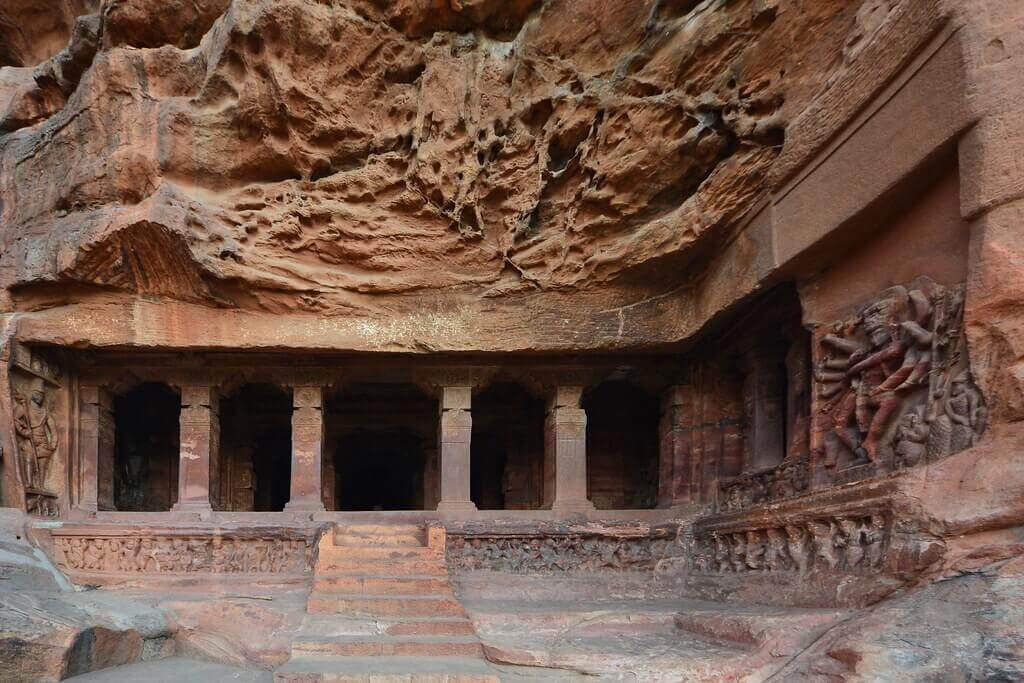 In southern part of India many Hindu kings developed cave temple and dedicated it to Hindu God and Goddess. One of the prominent examples is the Badami Cave temple at Badami, Karnataka India. Badami Cave temple dates back to 6th century and is considered as one of the finest examples of Badami Chalukya architecture. It contains four caves out of which three belongs to Hindu and one to Jain which has beautiful decorative pillars, finely carved sculpture and richly decorated ceiling panels. There are many small cave Buddhist shrines.

Another classic example is the rock carved image of Lord Parsvanath which is a Jain temple at Ellora which dates back to 1234 CE. The final wave of cave construction was at Gwalior which has five rock cut monuments surrounding Gwalior fort. These caves contain Jain images. 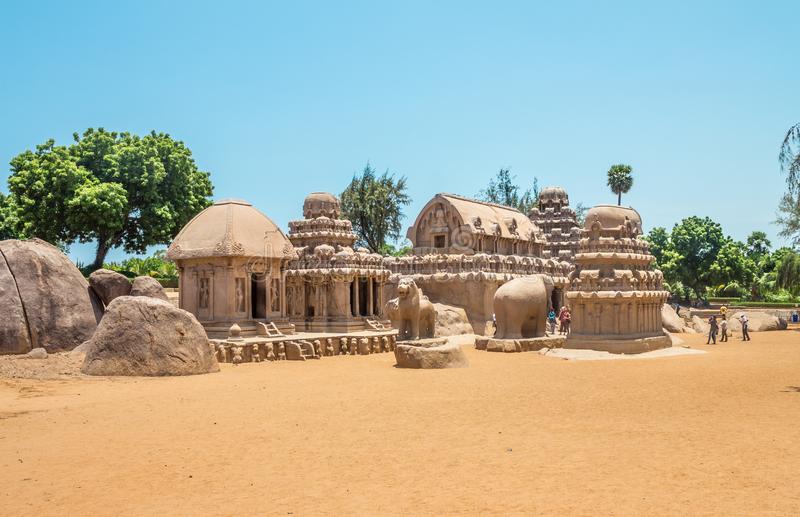 One of the classic examples for monolithic rock cut temple is the Pancha Ratha. It is monument complex located at Mahabalipuram on the Coromandel Coast of Bay of Bengal Tamil Nadu India. It is UNESCO World Heritage site. The construction of this was during the reign of King Narasimhavarman of Pallava dynasty. Each of the five temples resembles a chariot and each one of it is beautifully carved over a single stone. The structures are named after Pancha Pandavas and their common wife Draupadi of epic Mahabharata fame.

Another classic example is the Kailash Temple famously known as cave 16 at Ellora Caves. The artisans took lot of effort to carve this temple from a single top down volcanic basaltic rock. It was commissioned in 8th century by King Krishna I of Rashtrakuta Empire and it took more than 100 years to complete this massive and beautiful temple. Dedicated to Lord Shiva the temple shows the fine architectural work of the artisans. Out of 100 caves in Ellora only 34 caves are open to public.

Free standing temples were also built during this period of time. The shore temple is an example for free standing temple with slender towers built on the shore of Bay of Bengal. Rock cut temples continued to be excavated until 12th century.

india-a2z.com would love to hear more about Indian Architecture and also on Rock cut Architecture. Do share your thoughts with us by clicking the link here.