One of the classical work in Indian art is the different types of Indian Paintings that are present through ages. The tradition of Indian paintings is present since ancient times. The earliest and one of the oldest type of painting known to us is the Rock paintings or the cave paintings. These paintings are present since the pre historic era and during Indus Valley Civilisation Period. Being a land of rich culture and diversity the Indian paintings can be classified as murals and miniature paintings.

Murals are the paintings that are applied directly on wall, or any permanent surface. An important characteristic of mural paintings is that one can see the architectural elements in the paintings. Miniature paintings are done on small perishable items like book or a small piece of cloth. As the time changed there was a change even in the Indian paintings and many modern art paintings have evolved. Here are some details of some of the famous Indian paintings. 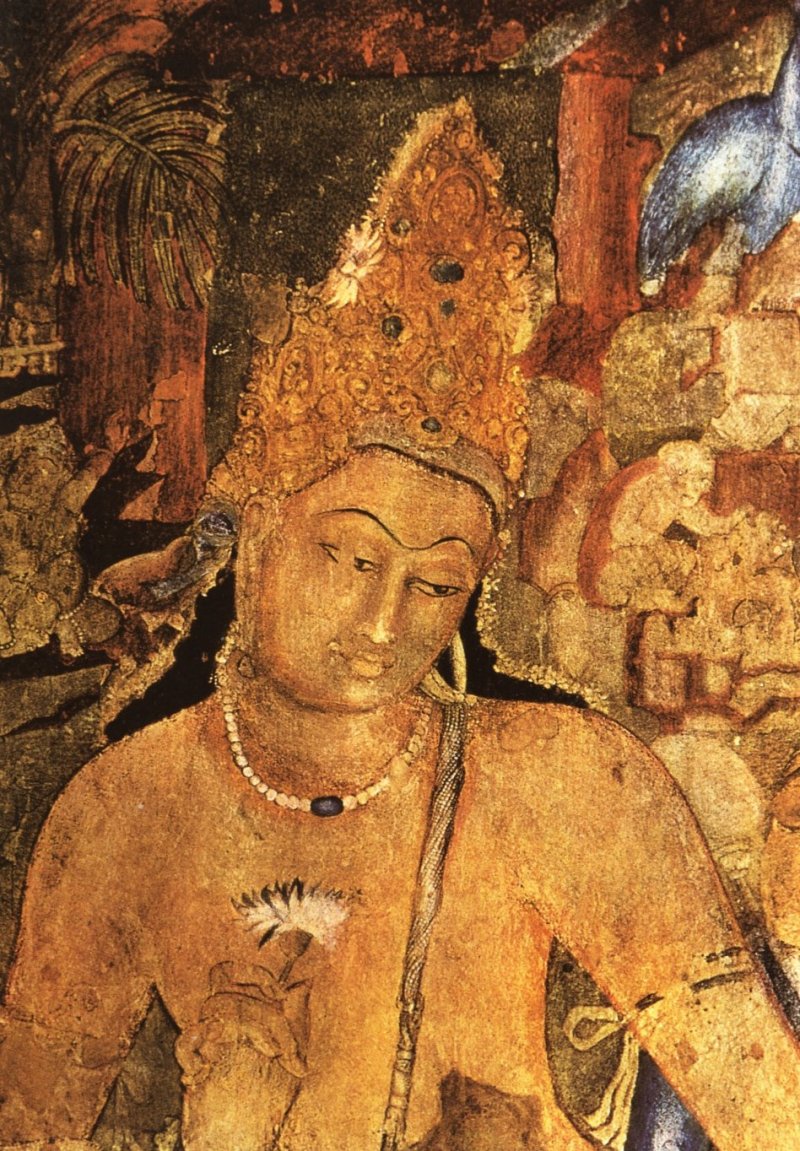 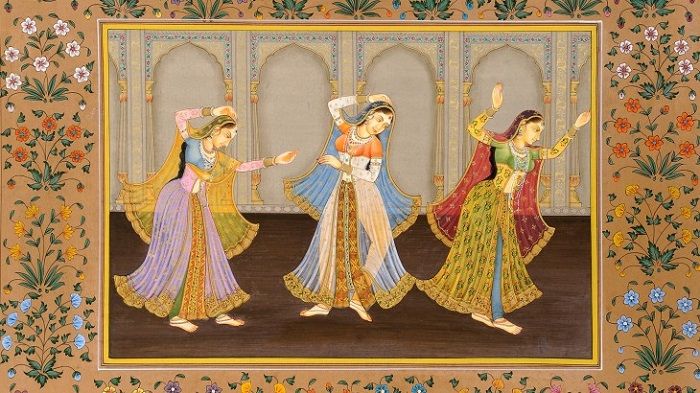 Miniature Paintings are beautiful small hand made paintings that dates back to the medieval period. These paintings became more popular during the Pala dynasty. These paintings are very colourful and the colours used in these are usually handmade which are made from the vegetables, pure gold, silver or precious stones.

The paintings are small in size and can be held in the palm of the hand. The most distinguishing feature of this painting is the intricate brush work which distinguishes it from other paintings.

Most of these painting have humans wearing lot of jewellery and have side face. The paintings of the humans are usually half that is only till waist.

Mughal Paintings was a combination of Indian and Persian style of paintings. These paintings evolved during Mughal rule in India. It was basically miniature paintings and developed mainly in the Mughal courts during 16th to 18th century.

Not much is known about Mughal Paintings during the Babur period. The Mughal Paintings gained importance only during Akbar period and later rulers like Jahangir and Shah Jahan. This art became so popular that it had impact even on the other courts that were ruled by Hindus.

Deccan Paintings is another form of miniature paintings that evolved during the Bahamani period. Later it moved to some of the other courts in Bijapur and Golkonda. Around 400 paintings are found in Nujum-ul-Ulum which is kept in Chester Beatty Library Dublin. 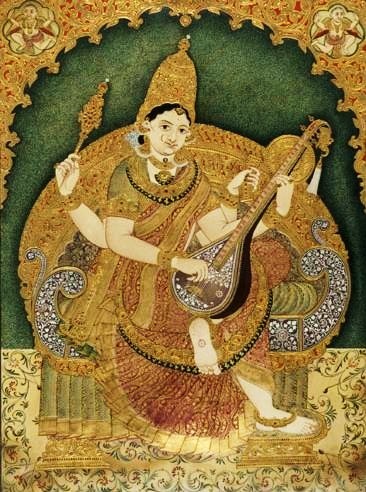 It is a classical South Indian painting that evolved in the city of Mysore in Karnataka. the paintings include themes of Hindu god and Goddess and also mythological stories.

It uses muted colours and involves many stages in making the painting. The first stage is making ready of the preliminary sketch on a base.

Then a paste using zinc oxide and Arabic gum known as “gesso paste” is prepared then with the help of the thin brush important parts are painted and allow it to dry. They use thinner gold leaves and require a lot of hard work. The other part of the paintings is done using water colours.

Rajput Paintings originated in the courts of Rajputana in Rajasthan around 18th century. These paintings narrate stories or themes from Ramayana, Mahabharata and about Lord Krishna.

Each kingdom had their own different style of painting but had some common features. The colours used for these paintings were naturally prepared by using plant sources, conch shells, precious stones like gold and silver. 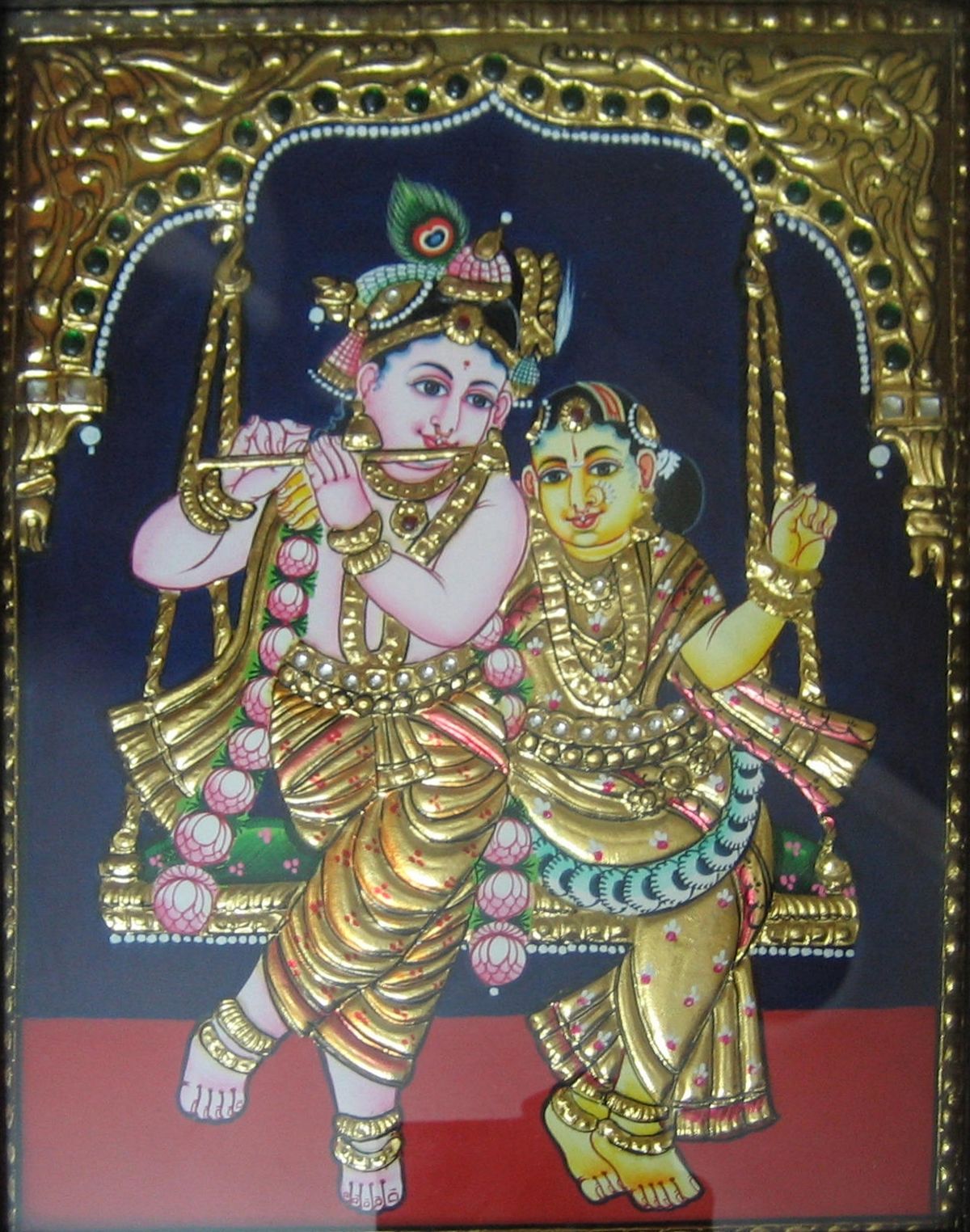 Tanjore Painting is a classical important painting that emerged in the town of Tanjavur in Tamil Nadu India. It is a very old type of painting which belonged to 9th century during Chola period. This painting is little complicated and involves many different stages. The painting uses bright colours and the basic step is drawing the sketch of the image on the base.

The base is usually a cloth that is pasted on wooden base. The colour is prepared by using zinc oxide or chalk powder mixed with water soluble adhesives.

This is applied on the base and later it is decorated with jewellery and also by using semi precious stones, laces, threads. On the top of this gold foil is pasted and finally dyes are used to add colours to the paintings.

It is a classical painting of Odisha and West Bengal. It is done on the cloth with colourful colours. It is divided into different groups like Durga Pat, Chalchitra, Tribal Patachitra, Medinipur Patachitra, Kalighat Patachitra.

The themes for this painting were usually mythological stories, folk lore or any other social issues. The artists of Patachitra in Bengal were known as Patua. The themes of the pattachitra paintings from Odisha were usually about Lord Jaganath and Lord Vishnu. The colours used in the paintings are all natural.

Pahari painting developed during 17th century made in the mountainous regions of Jammu and Kashmir and Himachal Pradesh. The style of this painting has its origin from Mughal Painting. The important school of paintings are 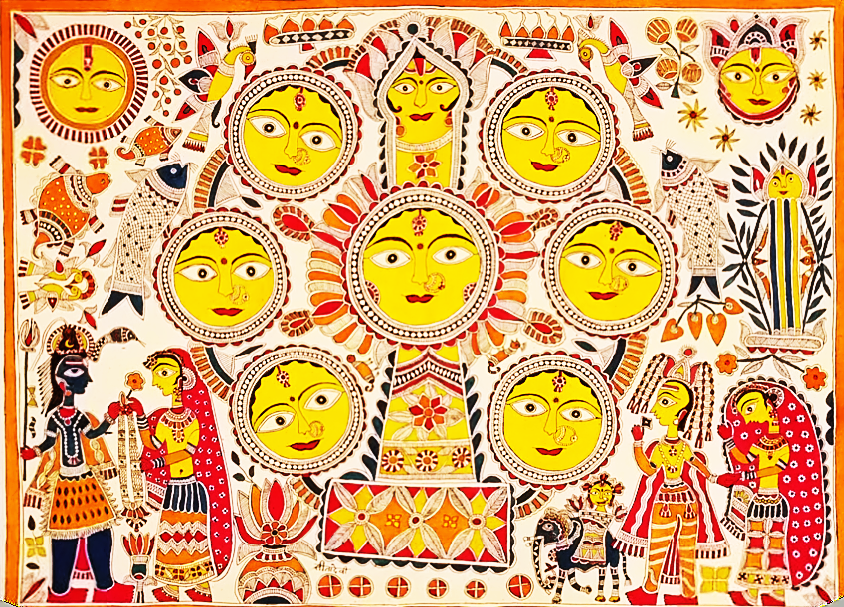 Madhubani paintings were started by the women communities of Mithila region of India. It originated from the Madhubani district of Bihar. Earlier the paintings were done on mud wall or floor. Now it is done on cloth, paper.

The paintings are done in geometrical shapes with no spaces between the patterns. The colours used are natural and the themes used are on the nature, flowers, royal courts and social events.

Instead of brushes objects like twigs, matchsticks and even fingers are used for paintings. Madhubani paintings have become a part of festivities and even weddings.

During Raja Ravi Verma period the Western influence had a huge impact on Indian art. Post independence several schools were opened to teach and provide access to modern painting. Some of the famous painters include KK Hebbar, Narayan Sridhar Bendre, K.C.S Pannikar, Jyoti Bhatt, Jeram Patel and many more.

Share your views about Indian Paintings with us by clicking the link here.