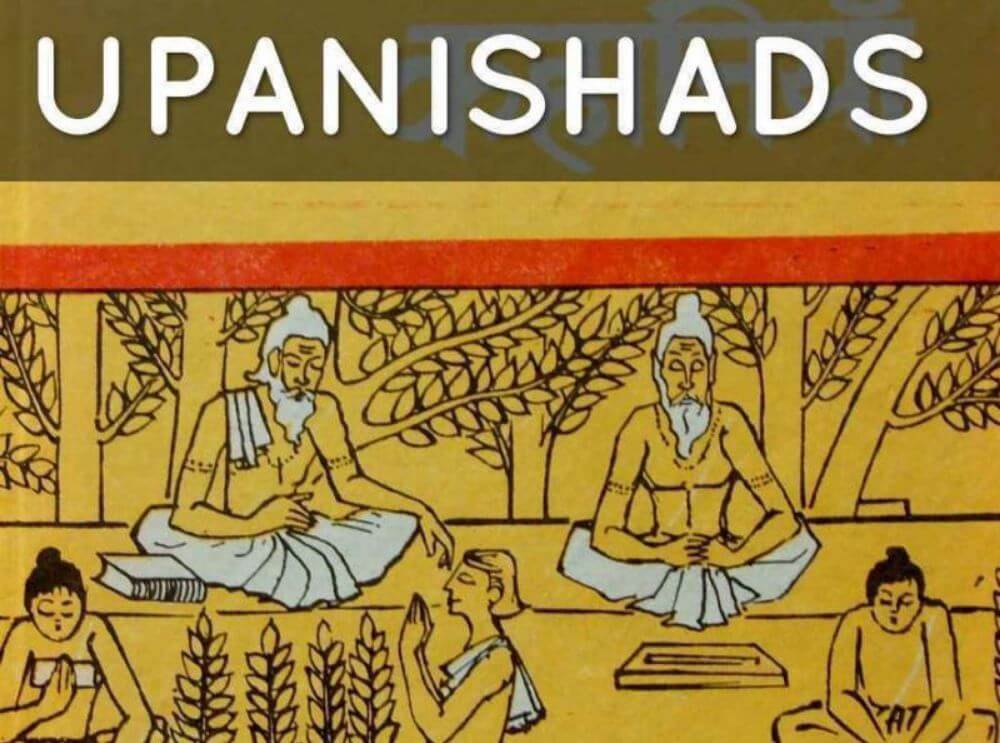 Upanishads are the late Vedic text which primarily discusses philosophy, meditation and about God. It also deals with ritual process, sacrifices and different ceremonies done in Hinduism.

Definition and Meaning of Upanishads

Upanishad is a Sanskrit word where Upa means 'by' and 'ni-sad' means 'sit down'. It means that a student should sit down near the teacher while receiving spiritual teachings. Upanishads belong to Sruti where the Vedas were transmitted orally from one generation to another. Upanishads are also referred as Vedantas which are known as the last chapters of Vedas.

Upanishads played a very important role in ancient India for the smooth transition of life from vedic rituals to new concepts and culture in the society. Upanishads contain the essence of Vedas which have the spiritual experiences of the sages and rishi's. This in a way helps people in the present world to get encouraged and inspired from these quotes. 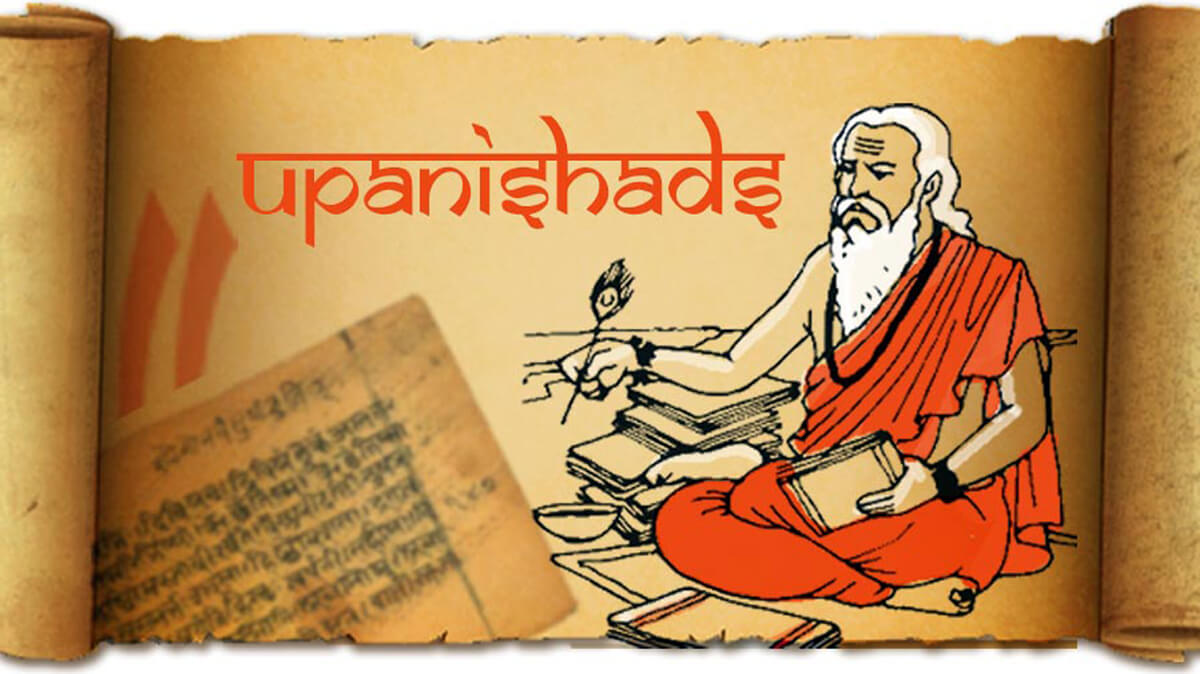 Another 8, called minor Upanishads, are:

Muktika Upanishad contains 108 canonical Upanishads. Muktika basically refers to a collection  of 108 Upanishads which have been available in printed form since 1883 CE.  The canon is the part of dialogue between Lord Rama and Hanuman to understand the path for mukti.

Also referred as Principal Upanishad, mukhya Upanishad are the most ancient and most followed Upanishads in Hinduism. They are grouped into different periods. Chandogya is oldest and Brihadaranyaka belongs to early periods.  Aitareya, Kausitaki and Taittiriya Upanishad may belong to between 4th to 1st century BCE. however not much information is available about the authors except Yagnavalkya and Uddalaka. After the main Principal Upanishads like Aitraeya, Kausitaki, Taittiriya, mundaka, Prasna and katha Upanishads the next places are Kena , manduka and Isa Upanishads. Here are some details of different Upanishads.

It is one of the oldest Upanishad and is  present in Yajur Veda. It may belong to 7th and 6th century CE. The chronology of this Upanishad is not clear and certain. This Upanishad believes that Atman as Higher self.

It is another oldest Upanishad which is embedded in Sama Veda. The narratives in this develop the concept of Atman-Brahman and Dharma.

It is embedded in Yajur veda and is most likely composed around the 6th century BCE. The Upanishad has verses of prayers and benedictions. It has three chapters namely Siksha Valli, Ananda Valli and Bhrigu Valli.

It is embedded in Rigveda and is one of the four layers of Rig Vedic texts. The main philosophical themes of Aitareya is the creation of Atman and the concept of birth and consciousness is the essence of Atman. It is a short prose text divided into three chapters  containing 33 verses.

Kena Upanishad is embedded in the last section of Talavakara Brahmanam of Sama Veda. It was probably composed in the middle of 1st century BCE. Kena Upanishad has three parts. In the first part there are 13 verses, in the second 15 paragraphs and in the third 6 paragraphs. It rejects the concept of intellectual pursuit by believing that one can understand Brahman through self knowledge.

It is embedded in Yajur Veda and is also known as Kathaka Upanishad. It consists of two chapters each divided into three sections. It is the conversion between a boy called Nachiketa and Yama about the nature of man, Atman and moksha.

It is a small poem consisting of 17 to 18 verses. This Upanishad is embedded in Yajurveda.This Upanishad is referenced both by dvaitha and Advaitha school of Vedanata. It gives importance to one's karma in accordance with one's Dharma. Isha Upanishad is the only upanishad which is attached to Samhitha. Other Upanishads are attached either to Brahmanas or Aryankas.

It is embedded in Yajurveda and contains 113 verses in six chapters. It discusses the primary question of existence, its origin and its end.It is one of the 33 Upansihad from taittiriya. It is a part of black Yajurveda. The Upanishad is famous for the concept of a personal god called Ishvara and suggesting it to be the path for one’s own highest self.

It is embedded in Atharva veda. It is a poetic verse style with 64 verses which is written in the form of mantras. However these mantras are not used in any rituals but are used for teaching and meditation on spiritual knowledge. This upanishads contains three parts each with three sections. These texts make a distinction between higher and lower knowledge.

Prashna Upanishad is embedded in Atharva Veda. Prashna means question. Prashna Upanishad contains six questions and each is a chapter with a discussion and answer to it. This Upanishad is famous mainly for structure and sociological understanding in ancient education in India. It focuses mainly on the devotion which is a means to liberate one’s self from the cycle of rebirth and death.

It is the shortest of all the Upanishads and is embedded in Atharva Veda. It has twelve terse prose paragraphs.  It discusses the significance of the sacred syllable AUm. It describes four states of consciousness  like waking, dreaming, deep sleep and pure consciousness.

The most important concepts of Upanishads include Brahman and Atman. Brahman is the key concept and the most important philosophy in Upanishads and Vedas. Brahman is discussed in the Hindu sacred texts with the concept of Atman. It was believed that Brahman was the final cause of all that exists in the world. Brahman is identical to Atman and is present everywhere and in every individual.

There are various interpretations of Brahman in various schools of Hindu Philosophy .According to Advaitha school of vedanta Brahman is identical to Atman and is present in every human being. But according to Dvaitha school Brahman differs from Atman in every human being. According to the sages in the Vedic period Atman was Brahman and carried a divine spark within them. Finally the realization of Atman made realize that duality was just an illusion.

The philosophy of karma is discussed in Brihadaranyaka Upanishad which is one of the oldest Upanishad in Hinduism. Karma is regarded as the fundamental law of nature which is not imposed by God. The concept of karma evolved over centuries. The earlier Upanishads which discussed the existence of man and what happens after the death of the person may have led to the concept of karma. Chandogya Upanishad clearly explains the concept of good birth as a human or evil birth as a dog. It says the birth of any individual is decided upon the karma they have done in their previous births.

It is said that Upanishads are a set of guidelines to gain knowledge through vedanta. Because Upanishads constitute the concluding part of vedas they are called as vedanta. They serve as the foundational text for many Hindu rituals. Finally it can be said that Upnishads elevate our thoughts and expand our awareness and also make us understand the concept of rebirth and life after death.