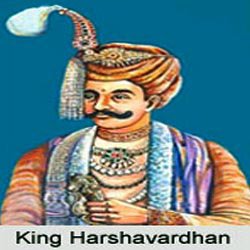 Harshavardhan also known as Harsha started the Vardhan Dynasty in India and ruled from 606 to 647 A.D. He ruled for 41 years. He was born on 590 A.D.  His son was Prabhakara Vardhana. After the decline of Chandragupta2 of gupta dynasty the next main ruler who ruled different parts in India for 41 years is Harshavardhan.  He bought most of northern Indian parts like Punjab, Kannauj, parts of Ganda, Orissa under his control. After his accession he united two kingdoms Thanesar( Kurukshetra) and Kannauj and made his capital as Kannauj. Harshavardhan faced stiff aggression from Sasanka, but he destroyed him and took complete control over Eastern Punjab. In the long rule of Harsha he included many feudatories, kings from distant places like Kashmir, Gujarat, Sind, and Assam. In the year 630, Harshavardhan was defeated by Pulakeshi2 of Chalukya Dynasty. This resulted in truce accepting river Narmada as the Southern boundary for his Kingdom. Hieuen Tsang’s mentions that in spite of many victories Harsha was not able to win against Pulakeshi 2.  He calls Harshavardhan as Lord of Northern India. Law and order  in ruled parts of India was good during his period. The offenders were strictly punished.  The main mode of punishment were mainly mutilation of limbs, banishment to jungles, imprisonment etc.  Harsha too followed the Gupta line of administration and became more feudal and decentralised.  The main feudatories of Harsha  Bhaskaravarman of Kanarupa, Dhruvabhatta of Valabhi, Purnavarman of Maghada, Udita of Jalandhar.  The King was the central administrator.  He helped other crowned princess. 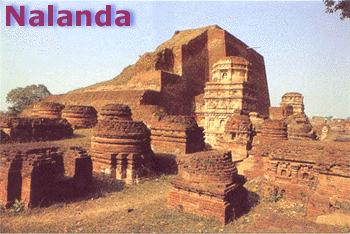 Social and Culture In Vardhan Dynasty

The rise of the semi feudal system modified the production and divided the society into different Varna’s. This period during Vardhan Dynasty witnessed the ascendancy of varna sramadharma and it became an indispensable cornerstone of the Brahmanical social structure. Hiuen Tsang writes about the existence of four varnas or four Vedas in India.

Both Bana and Hiuen Tsang talk about the existence of many subcastes during Harshavardhan period Caste system became more rigid. The position of women suffered and deteriorated further down. Remarriage of widows was not allowed particularly among Hindus. Sati and dowry was prevalent during this period.

Art, Education and Culture flourished during his period.  He had great interest for learning. He himself has written three Sanskrit plays namely Nagananda, Ratnavali and Priyadarshika. Harsha also made a verse story of Bodhistava jimuta during his period. He paid large donations to Nalanda University.  The famous literary circle of his court was Banabatta, who is the author of Kadambari and Harsha charita.  The other scholars were Mayura Divakara, Jayasena and chinese scholar Hieun Tsang. Harsha was a great believer and a devotee of Lord  Shiva. Due to the influence of his sister Rajyashri and the Buddhist saint Divakara Mitra, he accepted Buddhism. Later on, he changed over to Mahayana Buddhism under the influence of Hiuen Tsang. But he respected all religions equally. With a view to popularise and propagate the doctrines of Mahayana Buddhism, Harsha arranged  a great assembly at Kannauj, which was presided over by Hiuen Tsang. Vardhan Dynasty indeed was a great dynasty under Harshavardhan.

Harshavardhan died in the year 647 A.D. after ruling for 41 years.