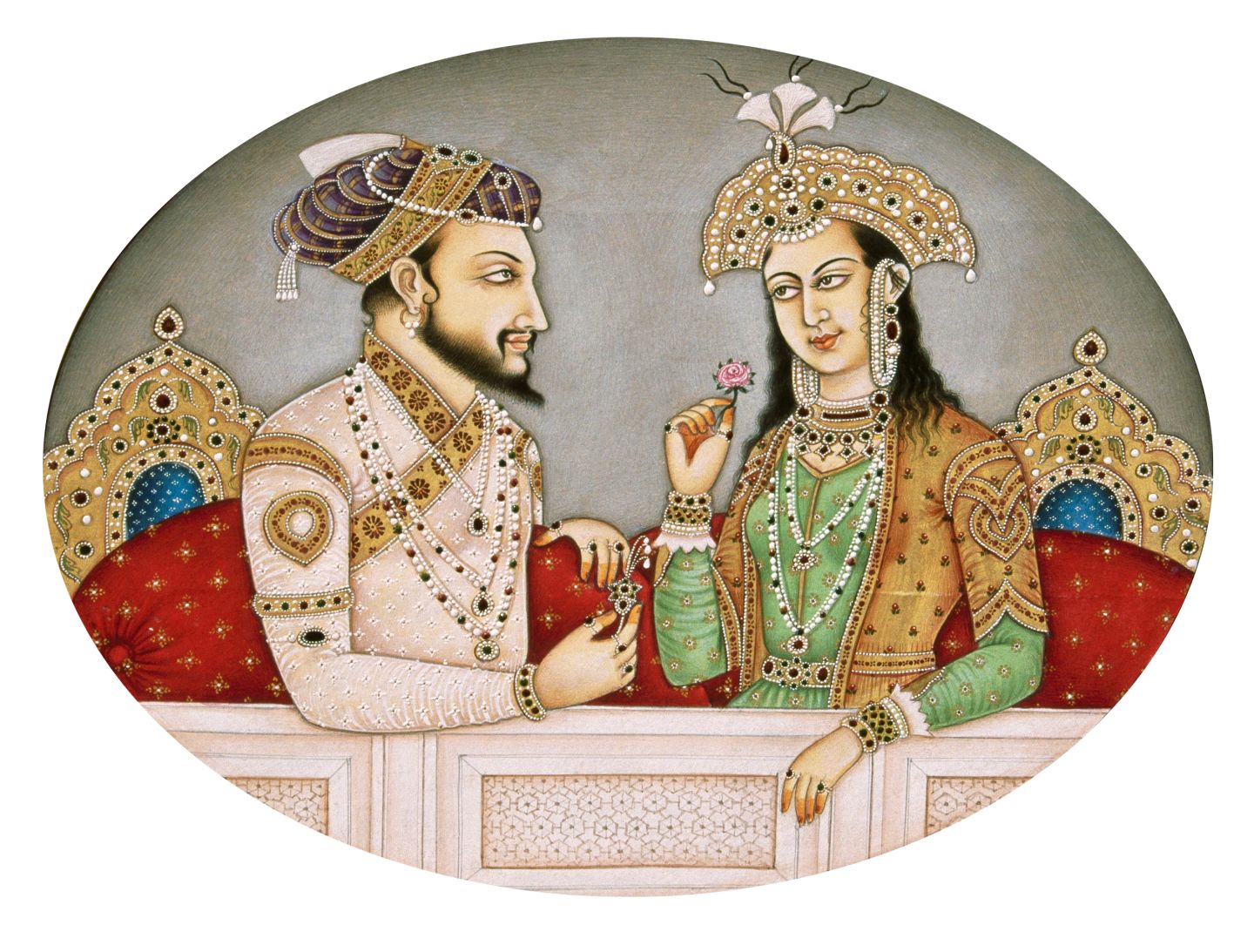 Shahjahan also known as Sahib ud din Mohammed Khan Khurram is one of the most successful ruler of the Mughal dynasty. His father was Jahangir and mother was Jagat Gosaini. Shahjahan was born in the year 1592 at Lahore, Pakistan. He was the fifth ruler of the Mughal dynasty who ruled for 30 long years. The previous rulers were Babur Humayun Akbar and Jahangir. He ruled from 1628-1658.

The name Khurram was selected by his grandfather Akbar. Khurram means Joyful in Persian Language. Shahjahan had a close relationship with his grandfather Akbar. Shahjahan is considered as not only as a great administrator but also was a great architect. His period of reign is considered as the golden age in Mughal architecture. This is evident from the Taj Mahal which he built for his beloved wife Mumtaz Mahal. He is also the founder of Shahjahanbad in Delhi.

Akbar’s first wife Empress Ruqaiya Sultan Begum was childless throughout her marriage. However a fortune teller predicted that the empress would be responsible in raising the future Mughal Emperor. After the birth of Shahjahan Emperor Akbar took him and handed the baby to his first wife Ruqaiya Sultan Begum. Shahjahan was just six days old when Akbar took him. The baby was named as Khurram by Akbar. Khurram remained with his foster mother until the age of 14 years. Later after the death of Akbar in the year 1605, the Prince Shahjahan was allowed to return to his biological parents. Shahjahan was the favourite for his foster mother.

Shahjahan received the typical princely education with martial training and cultural arts training such as music and poetry. After the death of Akbar in 1605 Jahangir took over the throne. Shahjahan’ s elder brother Prince Khusrau revolted against his father succession. However he was defeated and Jahangir took over the reign. Khurram kept himself away for all the politics and was more focussing on his education and training. He became a specialist in martial arts. 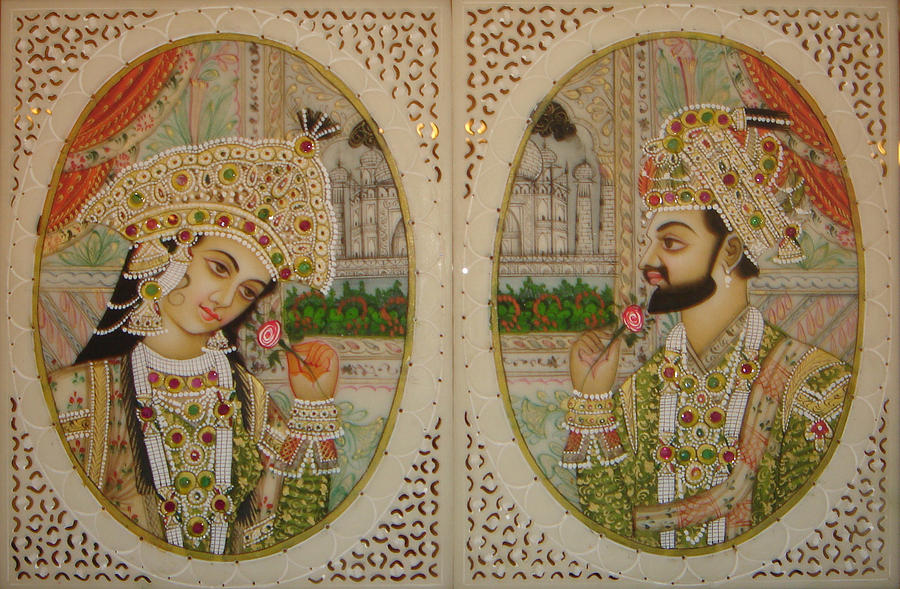 In 1607, when Khurram was 15years old he fell in love with Arjumand Banu Begum also known as Mumtaz Mahal. They both were very young when they got engaged. Arjumand belonged to a Persian family who were serving Mughal Emperors since Akbar period. However an astrologer convinced the prince to get married after 5 years to have a conducive and peaceful life with his beloved Arjumand. Hence at the year of 20 in the year 1612 Khurram married Arjumand who later became famous as Mumtaz Mahal. Together they had 14 children.

The prominent children are Dara Shukoh, Shah Shuja, Aurangzeb and Murad. She was very devoted to her husband and Shahjahan loved her most. Mumtaz Mahal died at the age 37 in the year 1631 while giving birth to their 14th child Gauhara Begum. It is believed that the cause of the death was the long painful labour pain for 30hours. During her lifetime Mumtaz was not only the most beloved wife but also she advised to her husband in all political matters. Shahjahan was grief stricken after her death and went into deep depression for almost one year. Taj Mahal is the love of Shahjahan to Mumtaz. Before marrying Mumtaz, khurram had married Kandahari Begum with whom he had a daughter.

Reign and Administration during Shahjahan period 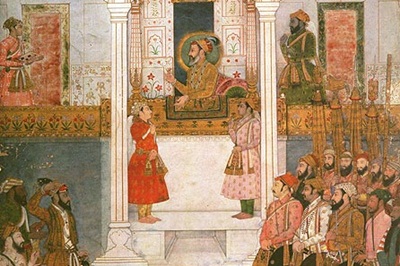 Khurram ascended the throne when he was 35 years old in the year 1628. It was not an easy task for Shahjahan to succeed his father. Shahjahan’s step mother Nur Jahan had become an important member in the administration and governing of the state along with her brother Asaf Khan. Nur jahan also married her daughter which she had from her first marriage to Shahjahan’s brother Shahryar. She also convinced Jahangir that Shahryar is better to succed throne than Shahjahan. This led to fierce battle between Jahangir and Shahjahan. However Shahjahan was defeated in the year 1623. He took refuge in Udaipur Mewar.

Three years later Khurram was forgiven by Jahangir for his act. Later in 1628 upon the death of Jahangir, Shahjahan took over the reins of Mughal dynasty. As soon as taking control, Shahjahan imprisoned his step mother Nur Jahan and also ordered death for his own brother Shahryar, his cousins, Tahmuras, Hoshang, Dawar, Gharshap. He killed all the persons who came between him and the throne.

Shahjahan was a able administrator. During his reign he expanded his empire to a considerable extent. His army consisted of 911,400 infantry, 185,000 horsemen( sowar) and artilleries. Canons were produced in large numbers at Jaigarh Fort. Shahjahan introduced Marwari horse during his reign which ultimately became his favourite horse.

During his reign Shahjahan captured Baglana, Mewar and Bundelkand from Rajputs and made his son Aurangzeb as the chief for these places. Along with his sons Shahjahan captured Kandahar in 1638 from the Safavids. This led to vengeance and the Persians recaptured Kandahar in the year 1648. The Persian leader was Abbas II. Even though Shahjahan was unable to take it back from Persians still he was able to expand his empire beyond Khyber Pass to Ghazna in the west. With the help of his son Aurangzeb Shahjahan extended his empire to a large extent.

Shahjahan was very great architect. His period is considered as golden age in Mughal architecture. During his tenure many great forts were built, some of them are:

Among the many famous forts and monuments Taj Mahal which is the 7th wonders of the world was built by Shahjahan in memory of his wife Mumtaz. Made up of white marble inlaid with jasper and agates, Taj is decorated with Koranic verses in calligraphy. The construction of this huge monument required around 20,000 workers. It is situated on the banks of river Yamuna. The Taj Mahal consists of five important elements: main gateway garden, mosque and four minarets. An important feature of this monument is the massive dome and four slender minarets around the platform of the main building. The garden is the classical Mughal style with square quartered by the long way courses along the walking path. No wonder it is part of the 7 wonders of the world.  Today people from different parts of the world come to India to visit Taj Mahal. 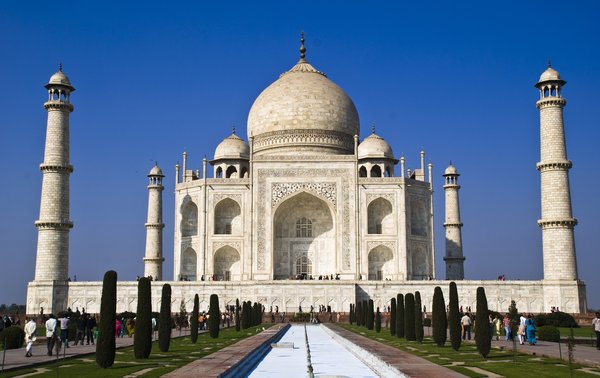 Shahjahan fell ill in the year 1658. Dara Shukoh his eldest son assumed the role of a ruler till Shahjahan recovered from his illness. This angered Shahjahan’s other sons. Hence Shuja and Murad sought for independent provinces. Even though Shahjahan recovered his third son Aurangzeb arrested Shahjahan and kept him in house arrest at Agra Fort. Jahanara Begum who was the eldest daughter of Shahjahan and Mumtaz begum voluntarily accompanied her father to Agra Fort and took care of him for eight years. Shahjahan finally breathed his last on January 22 1666. Shahjahan was laid to rest next to his wife’s Mumtaz Mahal at Taj Mahal. 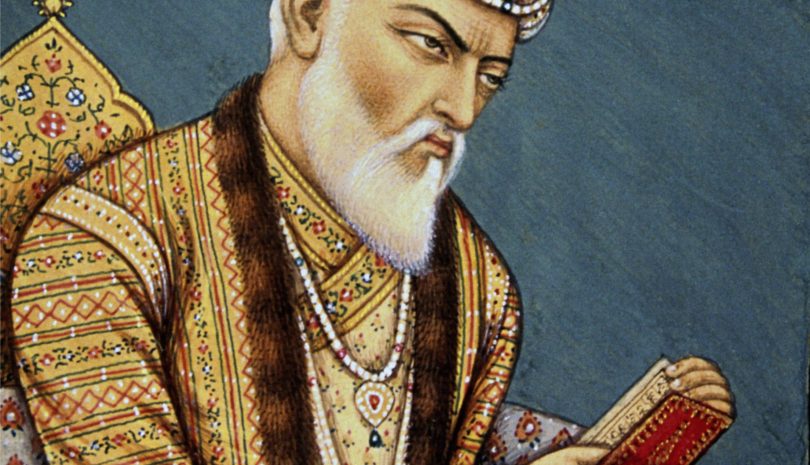 Aurangzeb was the third son of Shahjahan and Mumtaz begum. He was born in 1618 in Gujarat. Aurangzeb was a man of great valour and self confidence. He was very ruthless and cruel in killing his own brothers and keeping his own father in prison. Dara Shikoh was the favourite son of Shahjahan this angered Aurangzeb. In the year 1659, Aurangzeb killed his own brother Dara Sheikh for the love of the throne. Shahjahan had made all his four sons governors for different places. But however the competition for throne inheritance was more between Dara Sheikh and Aurangzeb. When Shahajhan fell ill and declared Dara Sheikh as his next successor, Aurangzeb killed mercilessly all his brothers and imprisoned his father.

He ruled from 1658 to till his death in 1707. Aurangzeb was very fond of and a great follower of Islam. From his childhood he studied Quran (the holy book of Islam).  Aruangzeb was a Sunni Muslim and ardent believer of only his religion. It is said that even during the battles Aurangzeb would kneel down for prayers. During his reign Mughal empire reached its peak all over India. He was a very hard working King. He was not as tolerant as Akbar for other religions and Hindus. Aurangzeb levied heavy taxes on Hindus, which angered them. It is believed that he destroyed many Hindu temples and built masques over it. He is said to have imposed restrictions on religious practices of other communities. The Hindus for example, could not attend their religious festivals freely. The society comprised of large sections of Hindus. Aurangzeb developed enenmity with Hindus. He even banned celebrating of many Hindu festivals. Jizya tax or collecting tax from non muslims which was lifted during the period Akbar and Shahjahan was reintroduced by Aurangzeb. Aurangzeb was staunch follower of Islam and he even banned playing of music, dance, singing and alcohol.

Conquests and Policies by Aurangzeb

Aurangzeb captured the strong Kingdoms of Bijapur and Golcanda due to his good military administration. There were many revolts from Sikhs, Deccan, Jats and from Marathas. Due to his wrong policies towards Hindus, Jats were first to start revolt against him. After the destruction of temple of Keshav Dev at Mathura (Krishna Janma Bhumi) it further inflamed Hindus ire towards him.

The policies by the Mughals towards Sikhs was not proper right from Jahangir’s period. However Akbar had great respect for Sikhs. Guru Nanak Dev is the founder of Sikhs. His policy was equality among all people and to live in brotherhood. However during Jahangir period Guru Arjan Dev was executed for no reasons. After Guru Arjun Dev,  Guru Har Govind  succeeded him.

Gradually Sikhs turned into militant force against Mughals. There fight became sever during Aurangzeb period when Aurangzeb ordered for the execution of Guru Tej Bahadur. Guru Tej Bahadur, the ninth Guru of Sikhs, raised his voice against some works of Aurangzeb which was not good for the development of the state. Aurangzeb was not the man to tolerate such activities of the Guru. He gave orders to capture the Guru.

Guru Tej Bahadur was captured and brought to Delhi. Aurangzeb asked him to embrace Islam or give his head. The Guru preferred to give his head but not his faith. Tej Bahadur was beheaded in 1675. The Sikhs under their tenth Guru Gobind Singh formed a fighting army. This led to severe fight between Moghuls and Sikhs.

During Aurangzeb reign the policy towards Deccan was different as growing Marathas were becoming a threat to Mughals. Aurangzeb was very aggressive towards Marathas. Marathas under the able leadership of Shivaji had defeated Mughals a number of times. Shivji had created a independent state in South India. To curtail the growth of Marathas Aurangzeb annexed Bijapur in 1686. Knowing the power of Shivaji, Aurangzeb did not proceed to annex the Marathas, but after the death of Shivaji, Aurangzeb immediately attacked Marathas and took complete control of it. The endless war in Deccan made Aurangzeb government bankrupt as his polices towards Deccan miserably failed.