Kushans belonged to Yuch- chi tribe who lived in Chinese Turkistan. Because of pressure from other tribes they were divided into five branches one among them was Kushans. Soon Kushans became powerful and invaded India in 1st century A.D.

They occupied western parts of India after defeating Sakas and Parhians. Kushan Dyansty is one of the most interesting dynasties which ruled over Jammu and Kashmir. They practised Zorostriansm, Buddhism and also Saivism.

According to Chinese sources Kushans were the one of the five tribes that belonged to Yuezhi. Many scholars believe that Yuezhi were Indo European origin. They moved towards India defeating the Prathians and the Sakas in 1st century AD.

By 3rd century some of the decorated coins of Huvishka were dedicated at Bodh Gaya along with some of the other gold offerings which suggests the presence of Kushans during that period. 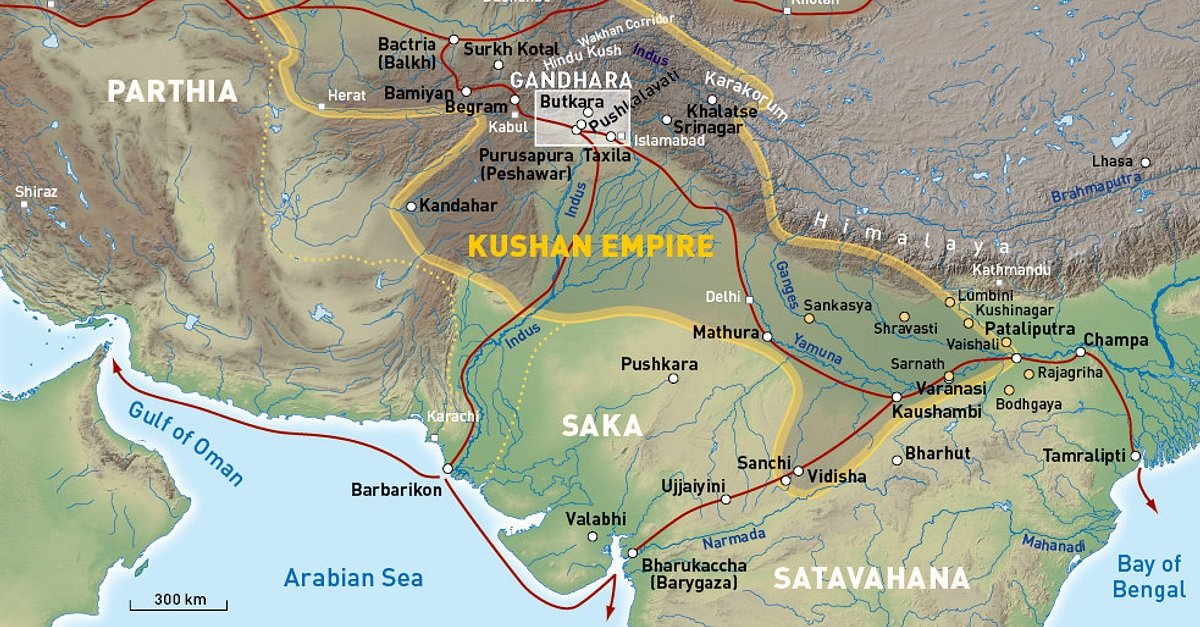 Kujula kadphises is probably the founder and the 1st King of Kushan dynasty. He probably began to rule in 40A.D. He attacked the regions of south of Hindu Kush in India later conquered and annexed Gandhara. Kadphises was the great grandfather of kaniska 1. The successor of kadphises was his son Vima kadphises who acquired large part of north India.  Coins of kadphises depict his authority being extended up to Banaras and till Indus basin. Kadphises died in 77 A.D. or 78 A.D.

He was the first Kushan emperor and supposed to be the founder of Kushan Empire. He was the great grand father of Kanshika I. During his period Kujula issued coins which had portrait and name of Hermaeus.  He was succeeded by son Vima Tako.

He expanded the empire in the Northwest of South Asia. Vima Tako was also known as Nameless king as his coins only "The king of kings until the discovery of Rabatak inscription which showed his name with the title on the coins. He was succeeded by Vima Kadphises.

According to the Rabatak inscription Vima Kadphises was the father of kanishka I and Vima Kadphises was the son of Vima Takto. He was the first Kushan emperor to introduce gold coinage along with the already existing silver and copper coinage. Most of the gold was obtained by doing trade with Roman Empire. This shows the prosperity and richness of Kushan Empire.

kanishka was another great ruler of Kushan dynasty who was a follower of Buddhism. He was considered in par with Chandragupta Maurya and Asoka for his military and religious achievement. Earlier many scholars were under the impression that Kanishka ascended the Kushan throne in 78 AD which was the beginning of Saka Calendar. However many historians no longer considers this date as that of Kanishka's accession. It is believed he came to throne in 127 AD

He had a vast Khushan Dynasty to take care of Gujarat in the west to Jammu in the north, Malwa in south to U.P.in the east of India

Kaniska sent an ambassador to China with a marriage proposal; Chinese thought this as an insult to them and ill treated the ambassador of Kushan empire. This led to fierce battle between kanishka and General Panchao. Ultimately kanishka was defeated. 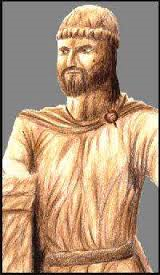 During kanishka’s period the Kushan Dynasty reached its peak. The city of Purushapura was made the capital, now it is in Peshawar. Trade relations of Khushan Dynasty with other kingdoms were very good.

There are evidences to show that kanishka made Purushapura an important city for trade relations.  Control of his government was done by keeping a number of government heads by name Satraps, Meridarers and Strategio. They were also known as governors, district officer and military officer in all locality.

According to the descriptions of the Chinese pilgrims Hiuen Tsang who visited India five centuries after Kanishka’s reign informs that  Kanishka had kept a Chinese prince as  hostage in his court during the conflict with the Chinese Emperor. Ultimately Kanishka came out victorious over the Chinese, and established his sovereignty over Khotan, Yarkand, and Kashgar.  Khushan Dynasty under Kanishka conquered interior of the Gangetic valley and occupied Magadha.

It can be said from the Buddhist texts that after his control on Pataliputra, Kanishka brought along with him the famous Buddhist philosopher Ashvaghosha to his capital and gave an important position in Khushan Dynasty.  Kaniska’s rule was established over other areas of the north like Oudh, Banaras, Sarasvati, Gorakhpur and Mathura.

Kanishka was tolerant towards all religions. He issued many coins which depict Gods of Hindu, Buddhism, Greek, Persian. He was a great follower of Buddhism. He convened fourth Buddhist meet in Kashmir. He started Mahayana.

According to the directions given by Kanishka, the Sarvathidin monks of Mahayana Buddhism held various religious meet in different parts of the country to spread Buddhism. Kanishka built a huge 638 foot tall Buddhist shrine at Peshawar. The Chinese traveller Xuan zang who came to India in 7th century A.D. gave a detailed account of the follower of Buddhist philosopher Ashvaghosha.

The language used by Mahayana monks was Sanskrit. The Mahayana was widely spread in Tibet, China, Burma, and many more places. Sarnath, Mathura and Amaravati contains large number of Buddhists work. A large statute of Buddhist built in the 2nd year of his reign has been excavated. 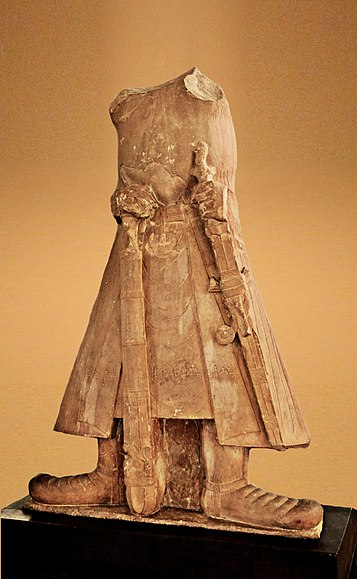 During the reign of kanishka Gandhara school of art came into existence. This school generally influenced the sources of Indian culture with a mixture of Greek and India. It was in this period that the stone images of the Buddha and the Bodhisattavas were carved out.

The chief of quality of this art is the blending of Buddhist subjects with Greek forms. The imprint of this school of art is still to be found in Mathura and Amravati. Even though carvings and art was present before Khushans came to power but they attained a refinement in Kushan period. The Chaitya built at Peshawar was as high as four storeys.

Fa-Hien, passing through Gandhara, during the fifth century, praised the images of the Buddha, Bodhisattavas and numerous other deities. Kanishka was a great builder and built many towers like - tower at Peshawar, a new city in Taxila, a town in Kashmir and fine buildings and sculptures at Mathura.

A portrait of Kaniska is found but without its head . Eminent Buddhist writers - Nagarjuna, Asvaghosha and Vasumitra were the names present during Kanishka. The first was a poet, musician, scholar and a zealous Buddhist monk. Charaka was the court physician of Kanishka

The exact date of death of kanishka is not known. It is assumed that he must have died around 151A.D. He remains as one of the great conquerer, soldier and a Buddhist. He has made ever lasting remains about his achievements in many ways. During Kanishika;s rule Kanishka Dynasty reached peak and had good relations with all neighbouring states. 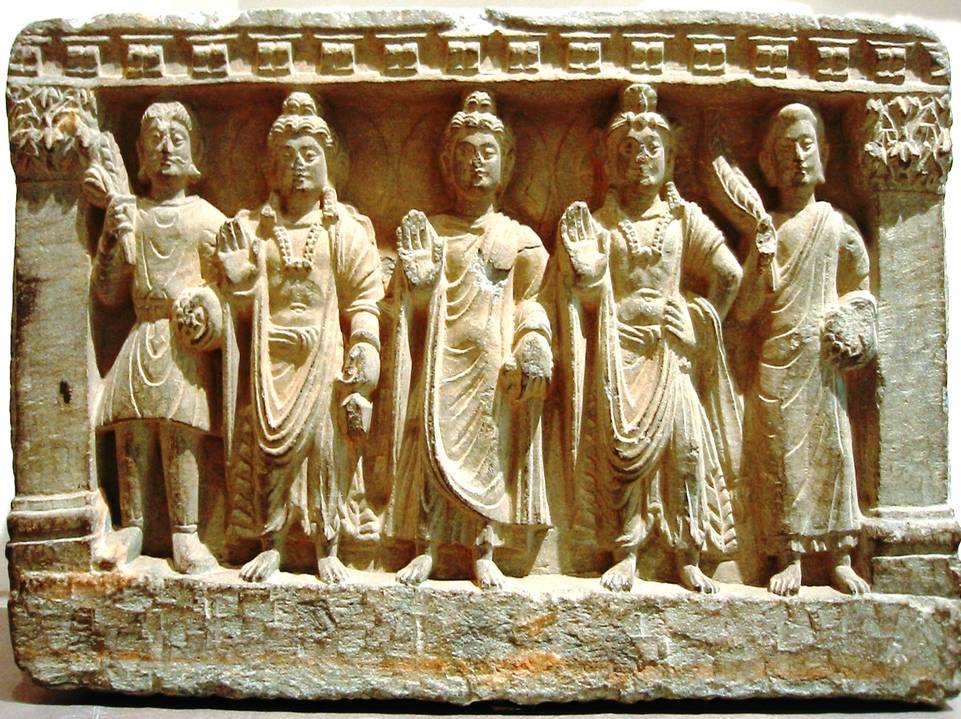 Reasons for the decline of Khushan Dynasty

Many reasons can be quoted for the decline of Kushan dynasty . The weak successors after Kanishika could not control various attacks from different parts of the country. The Gupta dynasty was gaining control in most parts.  After the death of Vasudeva 1 the kushan Empire split into western and eastern parts. The Western Kushans (in Afghanistan) were soon overthrown by the Persian Sassanid Empire. In 248 they were defeated again by the Persians, who deposed the Western dynasty and replaced them with Persian known as the Kushanshas.

In the eastern part the territories on the Gangetic plain became independent under local dynasties such as the Yaudheyas But still the northern and north-western parts of India and parts of Afghanistan were ruled by Kushans.

But with the spread of power by the Sassanian of Iran to different parts of western and central ,north-western India became provinces of the Sassanian Empire. There is no doubt that the rising empire of the Sassanians declined the powers of Kushans.

In 360 a Kushan leader named Kidara overthrew the old Kushan dynasty and established the Kidarite Kingdom. The Kushan style of Kidarite coins indicates they called themselves as  Kushans. Many more reasons led to the decline of this vast dynasty.