Timings: 10 am-6 pm on all days except Mondays and National Holidays

How to reach:  It is located in the metropolitan city of Kolkata. The city is well connected by air, rail and road from different cities nationally and internationally.

Victoria Memorial is a beautiful white marble monument located in the city of Kolkata in West Bengal, India. It was the brainchild of Lord Curzon who was the then Viceroy of India and the monument is dedicated to Queen Victoria. William Emerson was the architect of the building which was built in Indo Saracenic architecture. The foundation stone was laid on January 4th, 1906, by Prince of Wales George V and it was open to the public in 1921. It is one of the most important tourist monuments now in Kolkata. 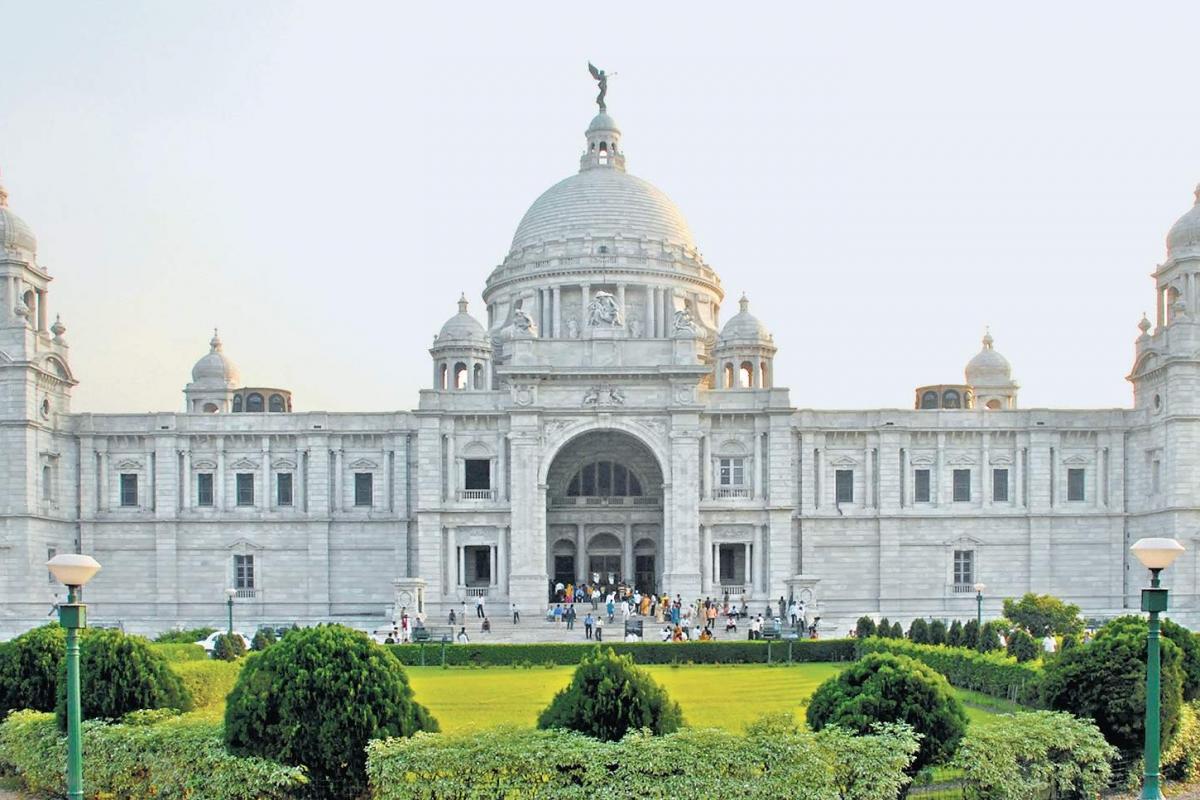 Queen Victoria was the Queen of the United kingdom of Great Britain and Ireland until her death. She was the daughter of Prince Edward and Duke of Kent and Strathearn. She got the title as Empress of India on 1st May 1876. She died on 2nd January 1901.

After the death of Queen Victoria  Lord Curzon decided  to build a grand monument in memory of the Queen. He decided that the monument must be surrounded by a garden and museum.  Lord Curzon further said that “ Let us, therefore, have a building, stately, spacious, monumental and grand, to which every newcomer in Calcutta will turn, to which all the resident population, European and Native, will flock, where all classes will learn the lessons of history, and see revived before their eyes the marvels of the past.”

The construction of the monument was delayed after the departure of Curzon in 1905. Subsequently the work was entrusted to Messers Martin and Co. after the laying of foundation in 1906

The monument was opened to the public in 1921 but before that the capital was shifted from Kolkata to New Delhi. The memorial was funded by Indian states and the British government in London. The total cost of the construction was Rs. 1,05,000 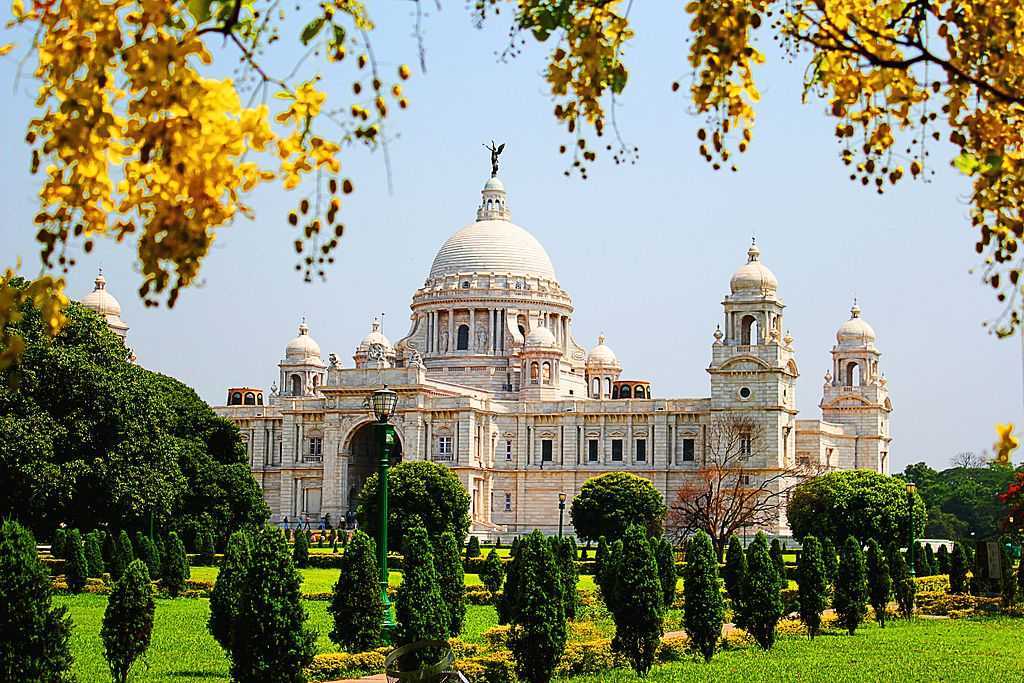 The memorial was built using Indo Saracenic  style which is a blend of Islamic, Mughal and Deccani. The chief architect was William Emerson who was the President of Royal Institute of British Architects. The monument is built using Makrana marble which was brought from Jodhpur Rajasthan. The garden of the memorial was designed by Lord Redesdale and David Prain and Vincent Jerome Esch designed the bridge of north aspects and garden gates.

The monument is 103 by 69 m with a height of 56 m. Certain additions were made to the  memorial after India got Independence in 1947.

The memorial has some of the finest collections of paintings. It has both portraits and western style of paintings of eminent leaders. The memorial has 25 galleries which include national  leaders gallery, portrait gallery, central hall, sculpture gallery. Several portraits of Queen and her husband Prince Albert can be seen in the Royal Gallery.

There are also many paintings of Queen Victoria which depict life history can be seen in the museum. The museum also holds many rare collections of coins, arte facts, weapons, stamps, old weapons and few important possessions of the Queen like her writing desk and chair. If you are interested in paintings you can see beautiful rare paintings of Thomas Daniell and his nephew William Daniell.

The museum also has a rare collection of books of William Shakespeare, Rubaiyat by Omar Khayyam, dance and thumri music by Nawab Wajid Ali Shah.

At the entrance of the memorial is the bronze statue of Queen Victoria who is seated on the bronze throne. Some of the other statues include Edward VII, Curzon, Dalhousie, Hastings and many more. Several sculptures like Motherhood, Architecture around the dome enhance the beauty of the place.

The beautiful garden around the memorial is around 64 acres of land which is maintained by 21 gardeners. The garden has statues of high dignitaries like Lord William Bentinck, George Robinson and Rajendra Nath Moorkerjee

One can visit the museum of Victoria Memorial Hall from 10.00 am to 5.00 pm on weekdays except on Monday. It remains closed on Republic Day, Holi, Independence Day, Gandhi Jayanti, Christmas and other important festivals.

Entry fee per person to the museum is Rs. 10/- for Indians and Rs. 150/- for foreigners. Entry is free for uniformed school children up to 12 years of age and for uniformed army personnel.

It holds regular Light & Sound shows except on Mondays, Holi, national holidays and during July to September. Rate of tickets are Rs. 10/- and Rs.20/-. The show timings are as under: