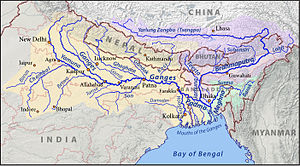 Brahmaputra river Basin: The Ganga and Brahmaputra basin is situated in the northern part of Indian sub continent. The basin consists of two large rivers Ganga and Brahmaputra. Brahmaputra basin covers countries like Tibet, Bhutan, India and Bangladesh. The basin of Brahmaputra river is 651334 Km2. In India the river covers the states of Assam, Arunachal Pradesh, Nagaland, West Bengal and Meghalaya. During the monsoon season the basin receives highest rainfall causing floods in the state of Assam. The upper part of the basin lying in Arunachal Pradesh and Nagaland are beautiful valleys and mountain ranges.

Brahmaputra River is one of the largest rivers in the world. The river originates in Angsi Glacier in Tibet. The glacier is located on the northern side of the Himalayas. In Tibet the Brahmaputra River is known as Yarlung Tsangpo. It is slightly bigger longer than the river Indus. Most of the path or the course of Brahmaputra River lies outside India. On reaching Namcha Barwa the river takes a U turn and enters India through Arunachal Pradesh.

In Arunachal Pradesh it is called as Siang and later it is joined by rivers like Dibang, Lohit and some other tributaries the form Brahmaputra in Assam. As the Brahmaputra river flows in the valley it is joined by many streams that come from the Himalayas like Subansiri, Kameng, Bhareli, Manas, Sankosh River. Between Dibrugarh and Lakhimpur Districts, the river splits into two channels known as Northern Kherkutia and southern Brahmaputra channel. The two channels join again to form Majuli Island which is the largest river island in the world. Some of the important tributaries of Brahmaputra River are Tsang-po, Jamuna and Teesta River. 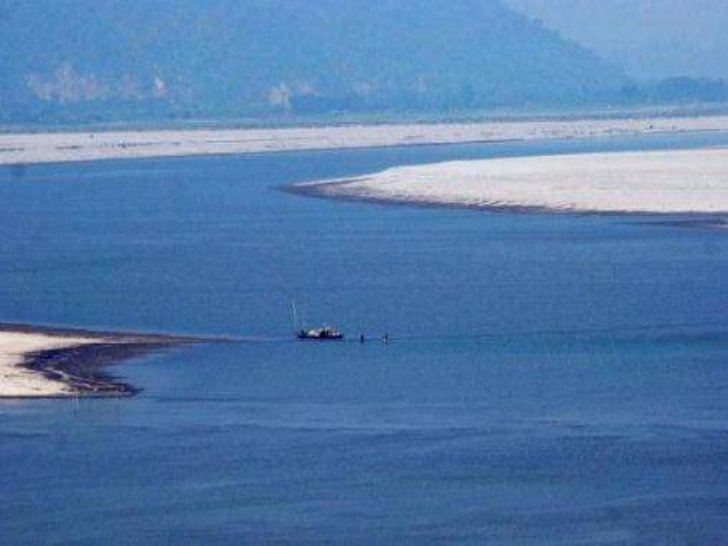 Monsoon receives heavy rainfall causing flood and winters are cold. Urbanisation and deforestation in Brahmaputra basin has led to increase in deposit of silt, soil erosion. During the monsoon season the kaziranga national park in Assam usually gets submerged from floods. Massive flooding also causes heavy loss of life, property and financially to the government of Assam.

Because of flooding lot of health related issues comes up.  Paddy, wheat, Shorgum and millets are some of the important crops grown in this basin.   The river has huge silts deposited on the bed causing river bed to rise. The type of soil found in the basin is the red loamy soil and alluvial soil. Some of the other important types of soil found are sandy, loamy, clayey soil and their combinations.