Nanda Devi is surrounded by Rishiganga valley in the West and Goriganga valley in the East. The name means ‘Bliss giving Goddess’. The mountain has two massifs (a section of planet crust that is demarcated by faults and flexures) stretching for 2Km from East to West along the ridge. Towards the East it is called as Sunanda Devi formerly called as Nanda Devi East. 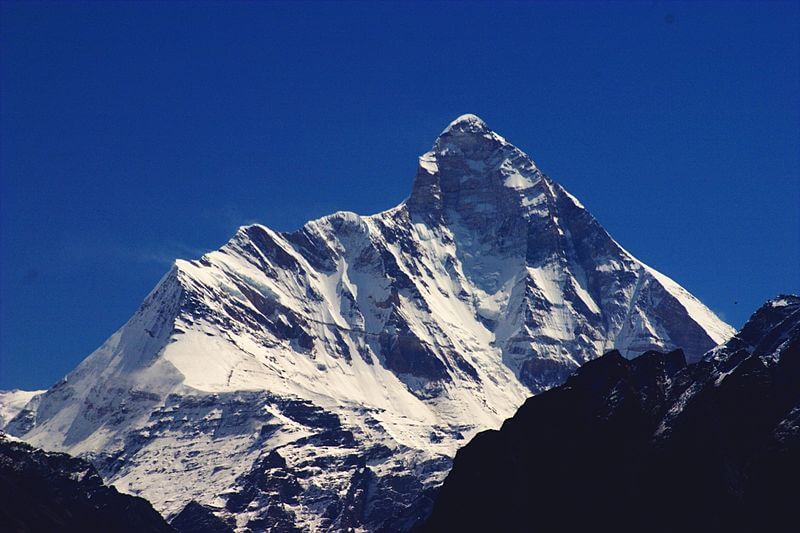 The Western summit is higher as compared to the East. Sunanda Devi lies to the East of the Ridge bordering the places of Chamoli, Pithoragarhand and Bhageshwar districts. Together these two peaks are called as Goddesss Nanda.  The residents of this place consider Nanda Devi as the deity.  There is a historical story behind this myth.

It is said that Nanda Devi was the daughter of a local King.  One of the ruthless Kings of neighbouring states wanted to marry her but her father refused the proposal due to the bad behaviour of the King. Hence a war broke out in which Nanda Devi’s father was killed.  Nanda Devi escaped and took refuge on the mountain.  Thus the mountain is named Nanda Devi after her.

The Nanda Devi Park which is famous for its flora and fauna is located in upper Himalayan range of Chamoli district in the Gharwal division of Uttarakhand. The park was established in the year 1982

However there are some places within the park where there is absolutely no vegetation. Of the 312 species, there are 17 such species that are very rare and cannot be easily sighted anywhere.

The most common trees in the Nanda Devi National Park are fir, birch and rhododendron. Alpine Vegetation comprising of juniper scrubs, mosses and lichens also cover the complete area of Nanda Devi National Park. It is home to many animals like Brown Bear, Himalayan Black Bear, Himalayan Musk Deer and Snow Leopards.  Some important birds that can be spotted are Warblers, Grosbeak, Nutcrackers, and blue fronted Redstart.

Trekking at Nanda Devi is an important part of tourism along with magnificent views of the snow capped peaks, bizarre waterfalls and high altitude flora and fauna. The starting point of trek is Munsyari (2,290m) and finishes at Malari in Garhwal Himalayas.

Tourists looking for trekking in Nanda Devi peak are recommended to have the medical tests done before and are always asked to carry all the essentials along with themselves.

Climate and how to reach 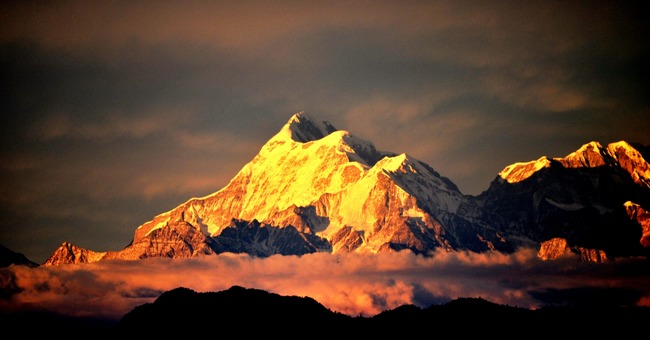 Since the peak is located in Himalayas above 2,000m above mean seal level, most of the peaks are covered with snow for most part of the year.  Summers are pleasant and cool.  Monsoon rains hit this place between June to August.  The best time to visit the place is from April and October.  The place is inaccessible for six months of the year but summer is the best month to access this place.