This page is split into different sections. Here is a quick link for the sections.

Rajasthan is located in the northwestern part of  India.  Rajasthan means “Abode of Rajas” or “the land of kings.” One of the oldest references to Rajasthan is found on a stone inscription dated back to 625 CE. Some archeological references show that early human beings had  settled along the banks of Banas River and its tributaries

Excavations at the Kalibangha in northern Rajasthan show the existence of human settlements during the Harappan period along the banks of River Saraswati. The parts of the broken pottery scattered in Kalibhanga date to 2700 CE. One can also see Indus Valley civilization at Ahar and Gilund places both near Udaipur. Rajasthan was ruled by many many dynasties and Kings.

The history of Rajasthan can be divided into three parts namely ancient, medieval and modern. 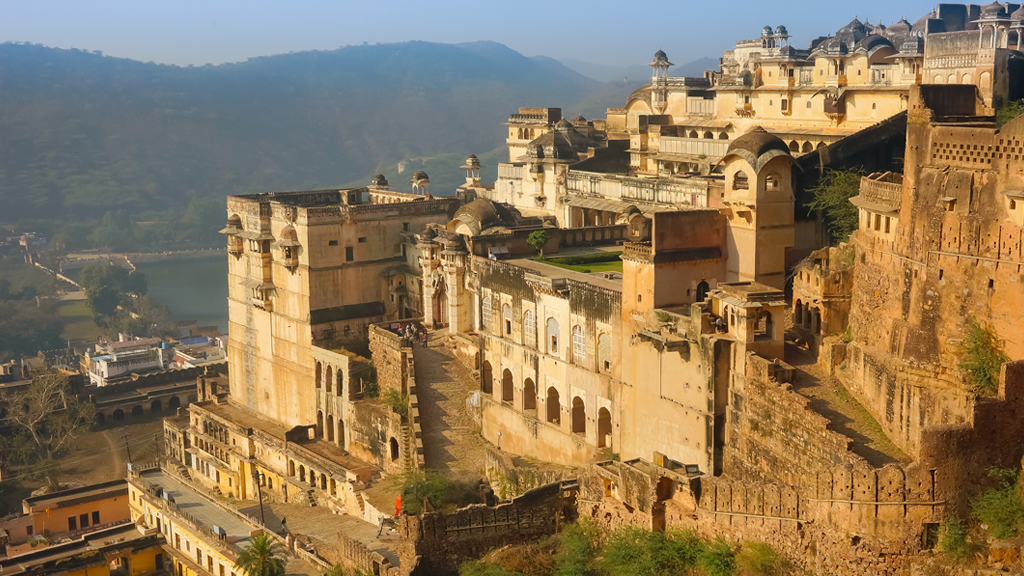 The discovery of two rock inscriptions in Bairat shows that the area could have been under the control of Ashoka, the great Mauryan dynasty ruler.  Matsya kingdom which was one of the sixteen Mahajanapadas during the vedic period had made Viratnagar (Bairat) the capital of the kingdom.

Viratnagar is a small town in the northern Jaipur district of Rajasthan. The districts like Jhunjhunu and Sikar and parts of Jaipur districts were part of Vedic state of Brahmavarta. The ashrams of important Vedic seers like Bhirgu and his son Chayvan Rishi were near Dhosi Hill. It is a part of Dhosi village which is in Jhunjhunu district. 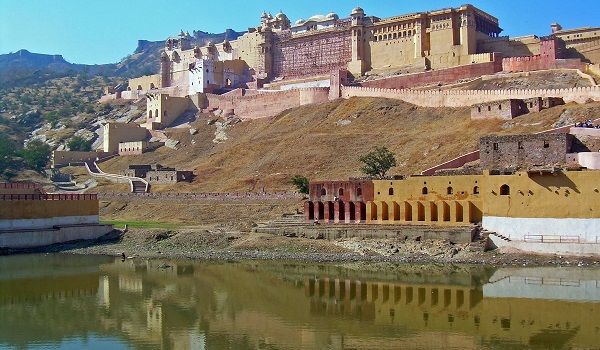 The Gurjara Prathihara dynasty was one of the most important dynasties that ruled most parts of Northern India from the mid 8th century to 11th century. They acted as a barrier and played an important role in controlling the Arab invaders moving east of the Indus River. Nagabhata 1 defeated the Arab army  under Junaid and Tamin in the Caliphate campaigns in India. 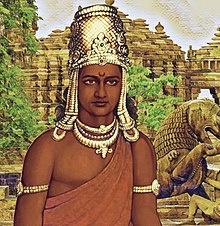 Mihir Bhoja who was a king of the Gurjara Pratihara dynasty extended his empire from the foot of Himalayas up to Narmada River. With the decline of the Gurjara Pratihara dynasty many small groups of people or clans came to power in Rajasthan. The Guhilas became independent in 940 and established control over the Mewar region. By the 11th century Chauhans emerged as a major power in the eastern region.

History of Rajasthan in Medieval Period

Several Rajput dynasties came into power between the 7th to 9th century.  The origin of Rajputs is still a matter of debate. The Rajput came to political power around the 7th century. Many Rajput dynasties ruled many parts of Northern India for a very long period.

They also stopped invasions from the foreign rulers and also from the Muslim dynasties. Rajput warriors fought against all difficulties and laid their lives for the state. Between 8 to 12th century the Rajput clan got supremacy over others and were further divided into 36 small groups and 21 dynasties. Rajput clans are still considered as pioneers in shaping the state of Rajasthan.

The Rajput dynasty started flourishing in the Thar desert around the 8th century. While Rajput was becoming stronger in Rajasthan India had to fight with foreign invasions from the countries like Afghanistan, Kabul and some other Muslim countries. Most of the rulers sacrificed their lives while protecting their kingdom from foreign invasions.

By the 11th century the Chauhans emerged as the most powerful rulers by making Ajmer as their capital and later Delhi as the capital. In 1191, Prithiviraj Chauhan defeated Muhmmad Ghori in the  First Battle of Tarain.

But it was short lived as Muhmmad Gori came back stronger and defeated Pritiviraj Chauhan in the second Battle of Tarain in 1192 AD. This led to the destruction of Rajput power in Indo Gangetic plain and also the part of Rajasthan came under the control of Muslim leaders.

After the fall of Chauhan clans around the 12th century the Muslims rulers became more powerful. Over the next four centuries the Rajputs resisted the Muslim incursions. Rana Hamir Singh who was the founder of Sisodia dynasty defeated the Tughlaq dynasty. He re-established the dynasty and regained control over a large part of Rajasthan. 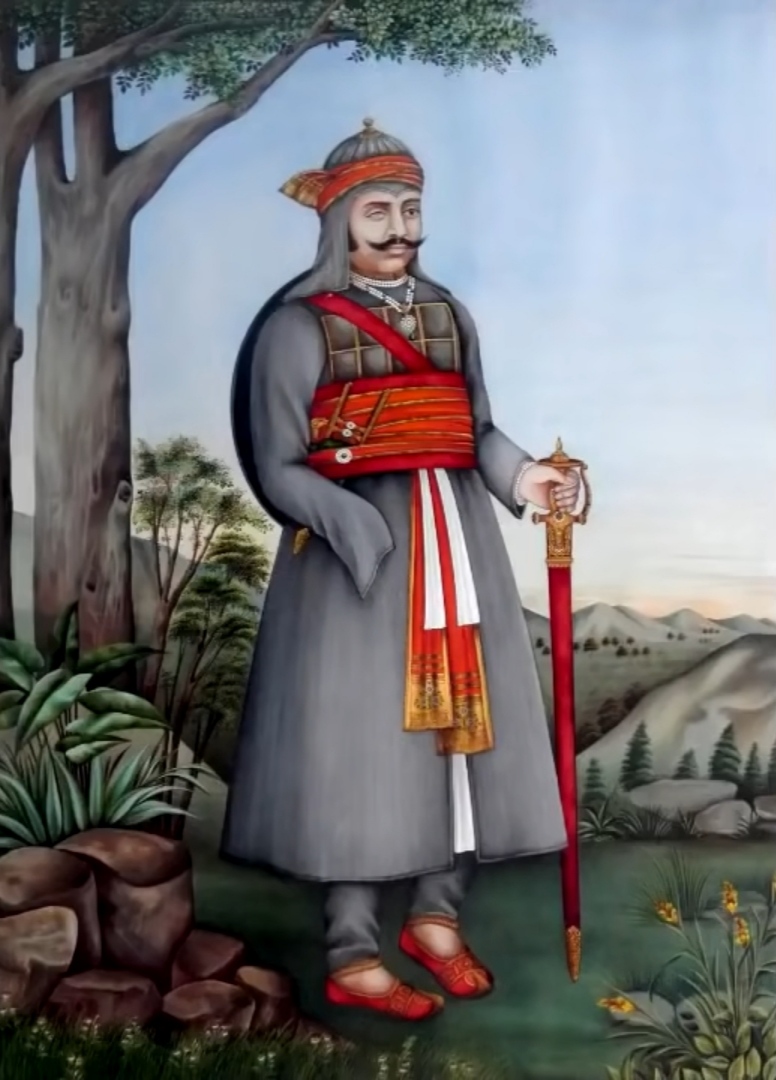 The Rajput became stronger under the rule of Rana Sanga of Mewar. He was one of the most powerful rulers of the Sisodia dynasty.  Rana Sangha united many other Rajput leaders and defeated the Lodi Empire and Turkish Sultanates of Malwas and Gujarat. However he was defeated by the Mughal ruler. After the death of Rana Sangha the Mughals became more powerful and did a rapid expansion of their kingdom.

Hemu Chandru Vikramaditya defeated Akbar’s Mughal forces in the Battle of Delhi and claimed the title of Vikramaditya.  Hemu won around 22 battles against Afghans from Punjab to Bengal including Ajmer and Alwar in Rajasthan. He established Hindu Raj in Northern India for a short duration in Delhi.  However Hemu was killed in the second Battle of Panipat by the Mughals.

By the end of the 16th century most of the Rajput rulers had accepted Mughal’s suzerainty.  Mughal emperor Akbar was able to develop some good relations with Rajputs through diplomacy and military actions.

Some Rajput rulers accepted to work under the guidance of Akbar but however some other Rajput rulers like Raja  Udai Singh II of Mewar and Chandrasen Rathore of Marwar refused to form any alliance with the Mughals.

With strong military actions the Mughals besieged and destroyed Ranthambore and Chittor which were the strongholds of Rajput. Akbar also arranged various marriage alliances for himself and for his heirs with the Rajput princesses. 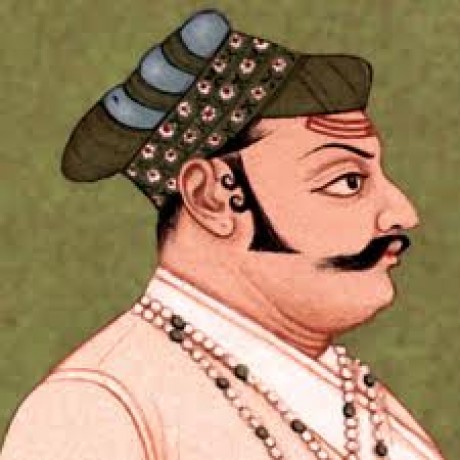 Maharana Pratap who was Hindu Rajput king of Mewar decided to take revenge on Mughals for Chittoor. The battle of Haldigatti was fought on 18th June 1576  between Pratap Singh and Mughal forces led by Man SIngh I of Amer. Even though Mughals were victorious and caused major casualties among the Mewaris still they could not catch Maharana Pratap.

Later Rana Amar Singh I who was the eldest son of Maharana Pratap was tortured to accept surrender. Mughals destroyed many temples, several women and children were captured and tortured to make Amar Singh I surrender to Mughals.

Further some more Rajput rulers, such as Man SIngh of Amber and Rajas of Udaipur, Jodhpur  gave a stiff resistance to Mughals. They did not accept to rule under the guidance of Mughals.

They expelled the commandants of Jodhpur and Bayana and took back Amer from Mughals. Under Akbar rule many Rajput states were grouped together under the suba of Ajmer which was an administrative unit of the Mughal Empire.

After the death of Aurangzeb the Suraj Mal who was  Jat developed the city called Bharatpur. However by 1803 the Marathas conquered some  parts of Rajasthan. The state of Rajasthan saw many invasions by the Marathas under military leadership of Holkars and Scindhia's.

Later by the 19th century the British took control of many parts of Rajasthan. Even the Rajput kingdoms were exhausted and tired of wars and continuous invasions.  To save their kingdoms many Rajput leaders signed a treaty with the British accepting British suzerainty.  Ajmer, which was an important place, became the province of the British.

By 1817-18 the British government concluded treaties with many Rajput states and thus began the British rule over Rajasthan known as Rajputana.  Rajasthan was formed on 30th March 1949  after India got Independence.

Rajasthan was ruled by many kingdoms. Here is a list of some of the important dynasties that ruled in Rajasthan:

Rajasthan witnessed many battles. Some of the important battles are listed here.

Battle of Chittor ( 1321) Rana Hammir Singh defeated Maldev Songara who was a vassal for the Tughlaq dynasty.

Battle of Nagaur (1456) Rana Kumbha defeated the combined armies of Qutbuddin and Shams Khan and captured Khandela and Shakambhari.

Battle of Bikaner: (1513) Muhammad Khan of Nagaur invaded Bikaner but was defeated by Lunkaran Rathaore.

Battle of Bayana (1527)-Babur marched with a huge army to capture Bayana but Mughals were defeated by Rana Sanga and Babur withdrew from the Battlefield.

Battle of Sammel (1544)-Sher Shah marched to invade Marwar. Sher Shah emerged victorious but he had to sacrifice many lives for this. His army as well suffered huge losses. Later Sher Shah general Khawas Khan Marwat took possession of Jodhpur and occupied the territory of Marwar from Ajmer to Mount Abu.

Battle of Merta (1562) Akbar with the help of Rajas from Bikaner and Amer defeated Rao Chandra Sen Rathore and captured Merta.

Battle of Mandalgarh (1567)- Akbar advanced by Dholpur taking the forts of Sivapura and Kota.