A very interesting story from Hitopadesha Tales. It tells us that we should never break the promises made.

Once upon a time there lived a ferocious and cruel lion in the forest. He was very rude and used to kill all the animals in the forest.

All other animals in the forest were very upset with his behavior. One day  the lion was walking in the forest in search of food. Unknowingly the lion fell into the trap of the hunter and thus the lion was caged. The lion tried his best to free himself from the cage but he could not. 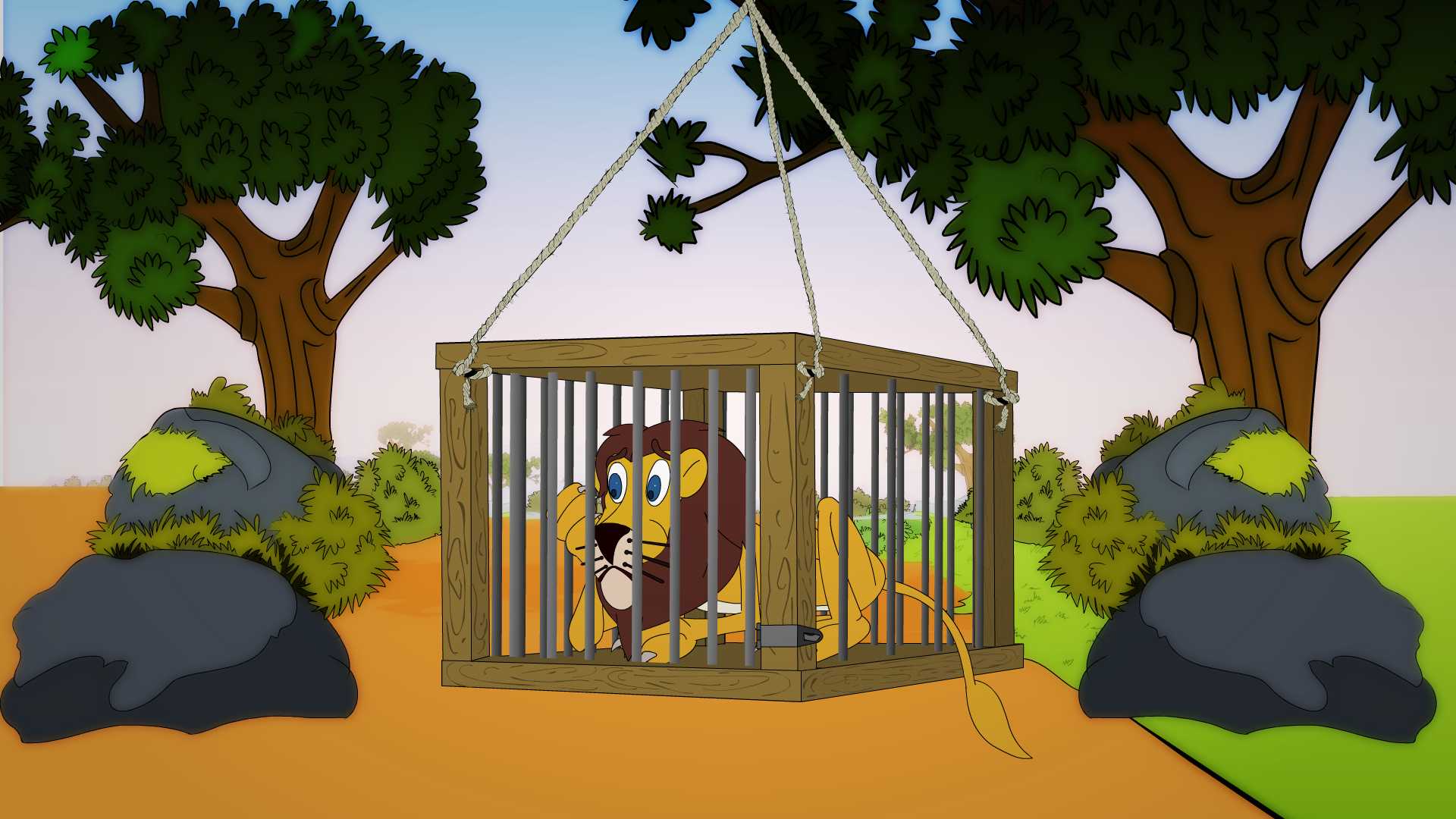 All the animals in the forest were happy and relieved that the lion was now in a cage.  Even after several requests from the lion, none of them came forward to rescue him from the hunter.

Days passed and the lion was getting restless and hungry. He did not know how to get out of the cage. After a while a poor brahmin was passing in the forest. The lion saw the poor man and decided to take his help to come out from the cage.

The lion called the Brahmin and said, “ O kind brahmin, I have been trapped in this cage by mistake. Now I am not able to open this and come out. Please help me to come out of this cage. I will be grateful to you all the time.”

The lion replied, “ No sir, If I come out then i promise to give you a precious gem and will never eat you. The gem has powers to make all your dreams come true.” Now the man was with greed.

He released the lion at once from the cage. The lion walked out of the cage and said to the brahmin. Would you not come with me to take the precious gem? The brahmin said, “ Go back home lion, all your daily members are waiting

The lion said to Brahmin, “ I have not eaten food for many days. I have become very weak and cannot hunt for a few more days.  I am very hungry and would like to kill you and eat.”

Finally the lion and the brahmin agreed to ask other animals and trees in the forest. Both of them went near a tree and asked the tree. The jackfruit tree said, “ I think the lion is correct. Humans are very selfish. Even after eating my fruit they still cut the branches of my tree. I give shade and shelter to the needy but that doesn't stop humans from cutting my branches.”

The brahmin felt very bad and next they spoke to a road. The road said,” I think what lion is doing is correct as you humans dirt all my places and spit on me  and litter on me. I only get pain and nothing else in return.

The Brahmin was very upset. They both went to a jackal and narrated the whole incident. The jackal who is very intelligent said the details provided to him are not sufficient and would like to visit the spot. Only then he can come to some conclusion.

All three went near the cage. The Jackal said, “ O lion how did you fit in this small cage. You are so huge and the cage is so small. Can you demonstrate it and show me again? So that I can get a clear picture.”

The lion got angry and said, “ You silly creature. You don't understand how I got inside this cage? Watch me now.”  The foolish lion jumped inside the cage to show it to the jackal. The clever Jackal immediately locked the cage again. The lion was caged  once again.

The jackal then asked the brahmin, “ Is this how the lion was before you saved him ?”  The brahmin replied saying yes he was like this. The Jackal said, “ come let's go. The lion is not worth coming out of the cage. You made a mistake by releasing him from the cage.

The Brahmin thanked the Jackal for saving him from the cruel and wicked lion. Both of them went to their respective places. The cage became the home for the lion.

Moral: Always keep up the promise. Never break your promise.