The Jackal and the arrow

Jackal and the arrow story

It is a very interesting story from Hitopadesha Tales which teaches us that we should never be greedy and be satisfied with whatever we get. Once upon a time in a small village there lived a hunter along with his family. He was a happy man as he had good support from his family for all the work he did.

One day the hunter told his wife that he will go to the forest and do some hunting. When he was working in the forest, the hunter saw a deer and shot him dead with his arrow.

The hunter was very pleased that they got good food to eat. The hunter took the dead deer on his shoulders and decided to return home. 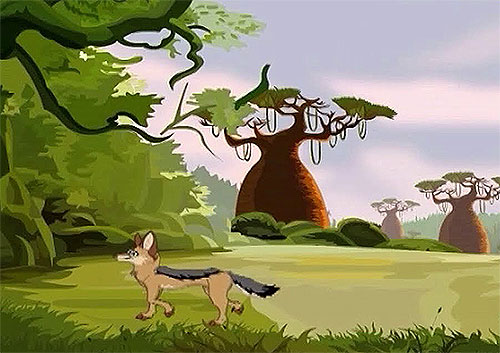 While coming back the hunter saw a wild boar. The hunter became greedy and decided to kill even the wild boar. He put the dead deer under a tree and walked to kill the boar. He shot the boar with an arrow. The arrow pierced the neck of the boar.

The boar was very angry and thought to kill the hunter before dying.  The boar groaned loudly with pain and killed the hunter with its pointed and sharp tusks.

At once both hunter and boar fell on the ground dead. It so happened that the Jackal was walking around in the forest in search of food. Jackal was very hungry and tired after searching for the food.

While walking around Jackal saw both a man and boar lying dead on the ground. The jackal was very happy as he could feast for many days on both hunter and boar. The Jackal said, “ Oh my god, I am so lucky today.  It looks like I can have a feast today. I can enjoy food without working hard or hunting for many days now.” He decided to go slow in eating so that the food lasts for many days.

The Jackal thanked god and decided to taste the boar first.  But as soon as the jackal licked the blood and tried to eat the flesh of the boar from the pointed arrow, the arrow pierced through the mouth.  The Jackal died instantaneously lying next to the dead hunter.

This clearly teaches how the greed of the hunter and jackal killed both of them.