The Rowlatt Act was passed in  March 1919.  It was also called the Anarchical and Revolutionary act of 1919. The Rowlatt Act gave enormous power and complete control to the police to  arrest any person without any reason. This act was mainly passed to restrict people’s freedom. According to this act any person could be arrested and imprisoned without any warrant. 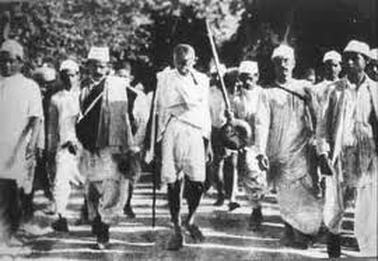 Purpose of making the Rowlatt act

Rowlatt act of 1919 was a very important act in the history of India. It made Indians to fight more with the British for Independence. Gandhiji emerged as a prominent leader who held various non violent protests to gain Independence.

Mahatma Gandhi who returned to India became very active in the Indian Independence movement. He was slowly taking control of all the things and he became a threat to British rule in India. To curb  the growing nationalism among the Indians the British colonial government passed the Rowlatt Act which gave enormous powers to police to arrest and detain the person without trial for two years.

The act gave the British government more control on the press and arrest without warrant and to detain the arrested person without trial. The convicted persons were required to deposit securities upon releasing. The convicted were not allowed to participate in any mass gatherings. The accused was also not given the permission to know the reason behind his arrest. They were not given any chance or even to consult the legal advisor to prove their innocence.

The main  purpose of the act was to curb the growing nationalist movement  in India. The act placed severe restrictions on press and newspapers. The act was passed by the British despite unanimous opposition from various Indian leaders.  It was considered as a black act by Mahatma Gandhi and various other leaders.

The bills came to be known as black bills. To protest against the act Mahatma Gandhi launched a nationwide satyagraha movement on 6th April 1919. It was called Rowlatt Satyagraha. Madan Mohan Malviya and Mohammad Ali Jinnah resigned from the Imperial Legislative council in protest against Rowlatt Act.

Rallies were organised in  different parts of India against the act and workers from different fields went on for strike. On 6th April hartal took place at different places. Many Indian leaders were arrested and Mahatma Gandhi was barred from entering Delhi. On 10th April two congress leaders Dr Satyapal and Saifuddin Kitchlew were arrested and taken to Dharamsala. Martial law was imposed and General Dyer took control of the situation

Gandhi called upon all his fellow Indian citizens to observe 6th April 1919 as a day of hartal, fasting and prayer. Various Satyagraha Sabhas were organised at different places. Gandhi's non violent strikes and demonstrations received huge response from across India.

Fearing this mass movement could lead to independence, Britishers arrested several local leaders including Mahatma Gandhi. The protest became very strong in Punjab; the army was called upon to handle the situation. On 13th April 1919 people had gathered to celebrate Baisakhi when the Jallianwala Bagh Massacre happened. 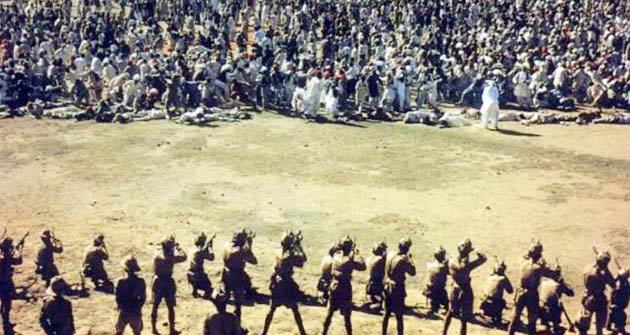