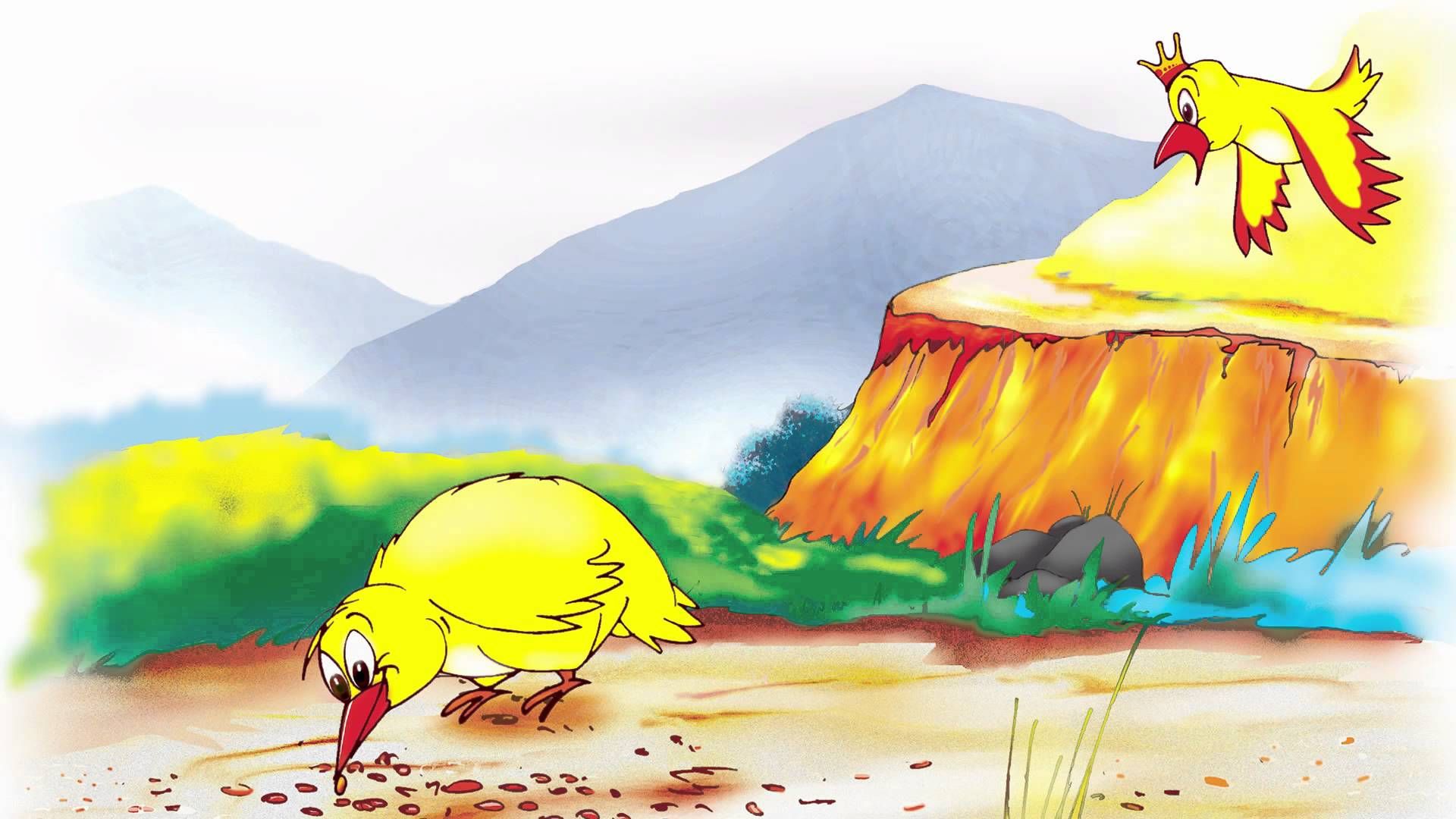 The story from Jataka Tales teaches us not to be selfish in life. Once upon a time there lived a large flock of birds under the foot of Himalayas. One day the king of the birds ordered his birds to search for grains. He ordered the birds to inform the kings if they see the food so that they can share and eat all the grains.

All the birds started to fly in different directions in search of the grains. One of the deceitful  birds which flew very far found many carts of grains in a truck.  As the truck started to move many of the grains fell on the road. The bird which was seeing this from the top of the tree felt very happy on seeing these grains.

The  Deceitful Bird is so selfish

The bird became selfish and thought “ What a feast, I will not share with other birds or I will have to share with them though the selfish bird”  He flew back to his flock and said even he could not find any grains like other birds. The bird further said that he saw many carts  but as they were moving so fast it was impossible to even try as one may get hurt from the fast moving truck.

So the birds said “ our lives are more important than the grains” and decided never to go and try for grains on that particular road.  Listening to this the selfish bird was very happy. He visited the cart everyday and would eat all the grains.

On eating the healthy grains the bird soon became very fat. All other birds who were weak and thin started to wonder why the selfish bird is growing healthy day by day. As usual one day the selfish bird went to eat grains, the king of the birds followed him and saw him eating the grains to his fullest satisfaction.

By the time the selfish bird realised the truck ran over him.  The king flew to him to see the condition of the bird and help him. But it was of no use, the selfish bird said “ sorry my lord” and died.

The king felt very bad and with heavy heart went back to his flock and narrated the whole incident. The king explained as to how selfishness can destroy anyone.