A story from Jataka Tales teaches us not to be greedy in life. In a small village there lived a brahmin with his family. He had three beautiful daughters. The Brahmin was working very hard to keep his family happy and satisfying. One day suddenly Brahmin died and his wife and children were heartbroken. His wife did not know how to take care of his family.

The family was very poor and the mother found it very difficult to serve her three daughters. The swan which was leaving in the lake felt pity for this poor family.

The swan thought to itself “ if I give my golden feathers  one by one to them then they can sell those feathers and make money. This helps the poor lady to feed her children”

After thinking a lot the swan went to the poor lady’s home. On seeing the swan in front of her house the lady said “ why have you come here? We have nothing to offer you? So the swan replied “ I don’t want anything from you. I have come here to help you.

I have seen the condition of you and your family. I will give you my golden feathers one by one when required so that you can sell them and make money. The lady was very happy to hear and took one feather from the swan. After giving the golden feather the swan ran away to the lake. The lady sold the feathers for good money.

After a few days the lady and her daughters had completely utilised the money which they got from selling the feather. Again the mother of the daughters went to swan and requested for the feather.  The swan gave her the golden feather. This became a routine for the mother and daughters. They became greedy and started to enjoy the pleasures and the comfortable life. They were getting money without working hard. Both mother and the daughters had become lazy. 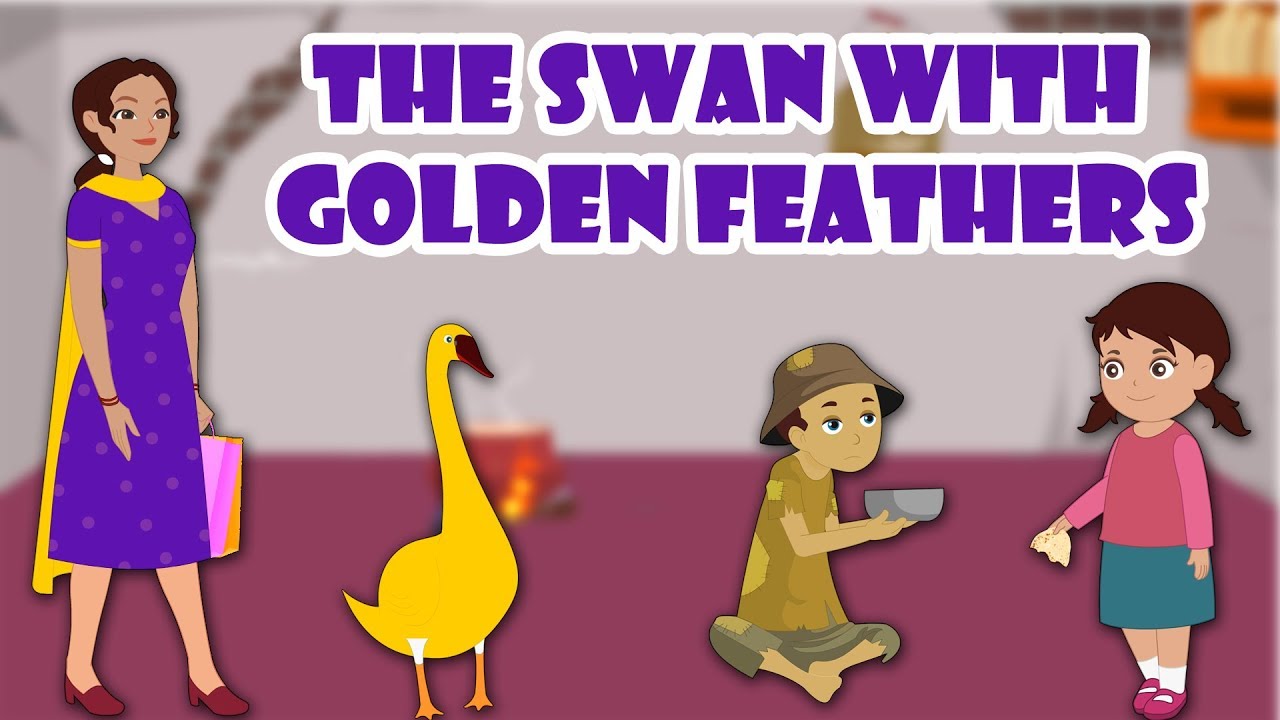 One day the mother became very greedy and wanted all the feathers at one time. She told her daughters that “we cannot trust the swan anymore. What to do if the swan does not come to give us the feathers, then we will become poor again”

So instead of taking one feather at a time we will take all the feathers when the swan comes next time. But the daughters did not like the idea “they said that it will hurt the poor swan”. But the mother was adamant and did not listen to her daughters.

The swan with pain said “ Mother All i wanted was to help you but you became greedy and wanted to kill me” Now my feathers are just like normal chicken feathers. It is of no use. I am going from this place and will never return.

Mother felt very bad for her greed and actions. She apologized  to swan but swan said “never be greedy” and flew away.