The Merchant of Seri 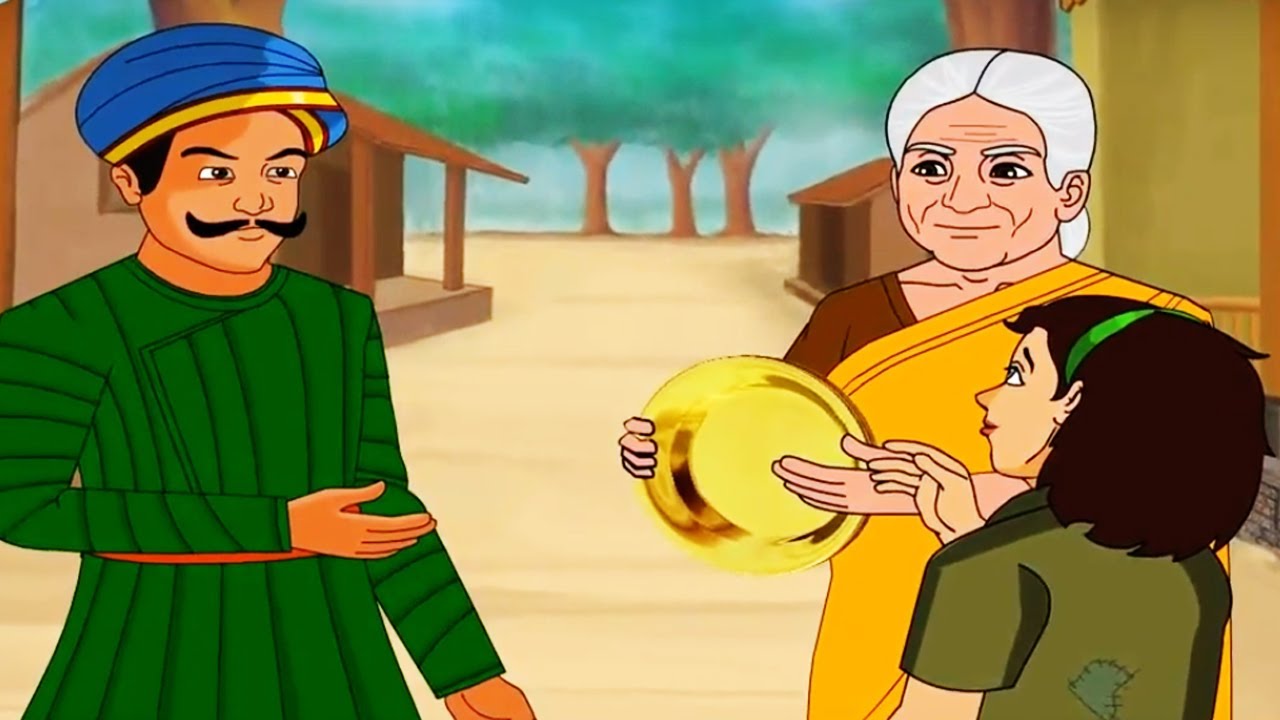 The Merchant of Seri:

The first merchant was very honest and did business with honesty however the second merchant was greedy; he wanted everything for free and gave as less money as possible for whatever he purchased.

Whenever they went together to sell their products they always divided the streets so that both were able to sell their products with less competition. It was also decided that either of them could go through any street which the other had left.  They used to shout loudly as “ Tin ware for sale and brass ware for sale” so that people could come out and purchase that product.

There was an old lady and her granddaughter were staying in a small house in one of the streets.  The family was very rich once upon a time. But now they had lost everything except one golden plate in which the grandfather was eating his food. In his memory the grandmother had kept the plate without knowing it as a golden plate.

One day as the greedy merchant was passing in their streets the grand daughter asked her grandmother to buy something for her from the Brass ware merchant.

After some time another merchant came to the same road shouting Brass ware, tin ware Again the granddaughter asked her grandmother to try their luck from this merchant. The grandmother said to her granddaughter that “ My dear the old merchant who came little while ago went away throwing the plate saying it is worth nothing. I don't have anything else to give to this merchant.”

So the granddaughter replied “ My dear grandma, the first merchant was very bad tempered. This merchant seems to be good. Let us try the plate with him. The grandmother accepted her proposal and asked granddaughter to call the merchant and show the plate to him.

As this merchant was honest  he saw the plate and understood it to be a gold plate. He said “ This plate is a gold plate. Even if I give what all I have it won't be worth this plate and I am not rich enough to buy the plate.

Grandmother was very surprised to hear this. She said “ Earlier a merchant who had come said the plate is not worth even half a penny and went away throwing the plate to the ground.”  The merchant gave her all money and all the brass and tin ware he had with him. To go back home the merchant wanted eight pennies so he requested the old lady to give him eight pennies so that he can reach home.

The old lady readily gave him eight pennies. The merchant took the money and started to go near the river to catch a boat. After sometime the greedy merchant came back to the grandmother and called the girl to bring the plate. The greedy merchant said “ Even though it is not worth a penny I will give something for it.”

The grandmother who was inside the house said that the plate was worthless for you but for another merchant it was a gold plate. He gave me what all he had with him and took the plate. The greedy merchant became very upset and left the place. He quickly went to the riverside and saw the other merchant going in the boat. The greedy merchant shouted loudly to stop the boat but the honest merchant said to the boatman not to stop the boat.

The boat did not stop and the honest merchant reached the city and sold the gold plate. He got enough money to live happily and even the grand mother and grand daughter lived a comfortable life thereafter.