The Wise Goat and Wolf 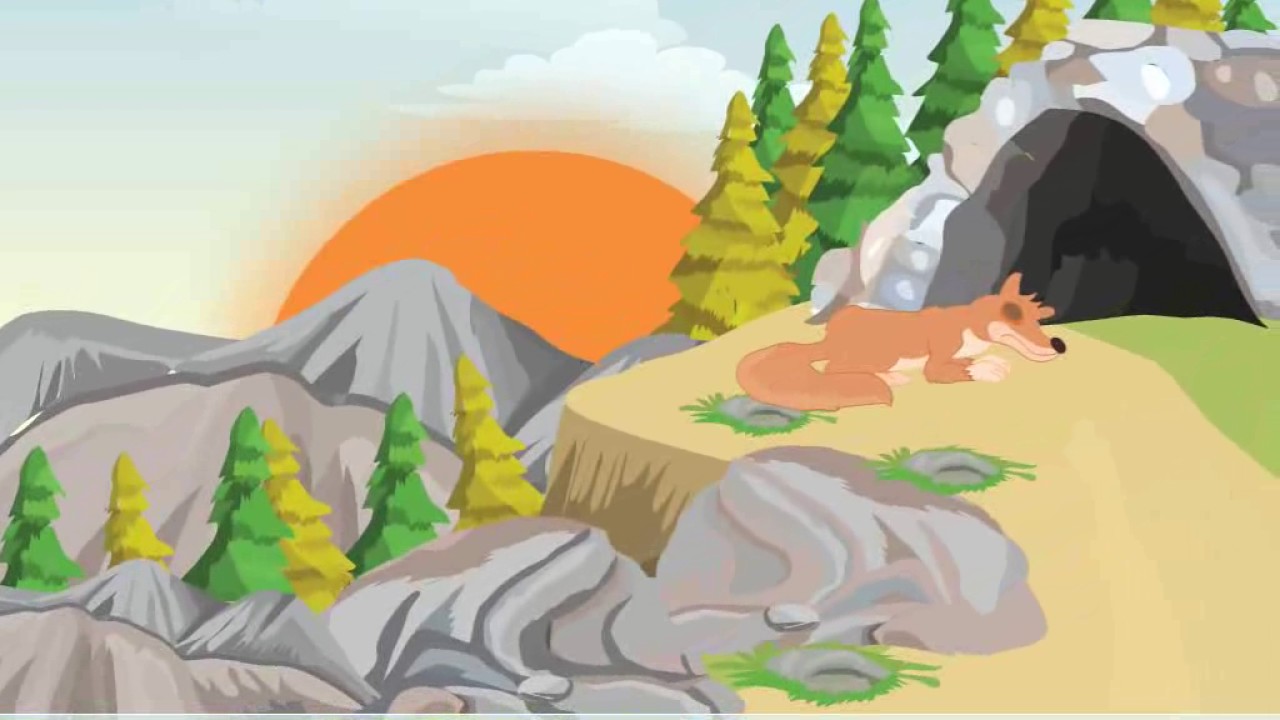 The Wise Goat and wolf:

This story from Jataka Tales teaches us not to panic during crisis and to use our brains. Once upon a time in a small cave there lived a group of goats. Near the cave there lived  a wolf along with his mate. The wolves were very fond of goat meat and had made it a practice to kill one goat everyday from the cave and eat its meat. They ate all the goats except the wise goat who always managed to save himself from the wolves. However hard they tried the wolves were not able to catch the wise goat.

One day both the wolves were very hungry and they wanted to eat the wise goat. So the wolf said to his wife a plan. “My dear wife lets play a trick on the wise goat”.

The husband wolf explained to his wife that “ I will lie down on the ground pretending to be dead. You go to the wise goat crying and tell her that I am dead and you need her help to bury me.  Try to gain her sympathy and bring her along with you. I am sure the wise goat will feel sorry to you and agree to come here. When she comes I will jump on her neck and kill her. Then we both can enjoy her meat”.

Accordingly the wolf lay down on the ground as a dead animal and his mate went to the cave and explained the wise goat as per their plan. But the wise got who doubted their action said “ Dear wolf all my family and friends are eaten by you and your husband. How can I trust you now? I am afraid to come with you as i don't trust you.”

So the wolf replied “Do not be afraid of the dead wolf. What harm can he do to you. I am in sorrow so how can I kill you” Finally the mate convinced the goat to accompany her. But the wise goat asked the wolf to go in the front and it will follow her.

The husband wolf who was lying was very hungry and was waiting for the goat to come. He could not resist and raised his head to see if they had come

The wise goat saw the wolf raising its head and ran back to the cave. The wife wolf who  convinced the goat with difficulty was very angry and yelled at her husband saying “ Why did you raise your head when you were pretending to be dead”?  All my efforts went in vain. The wolf said sorry as he released his mistake.

Again the wife wolf went to the goat and said “ my dear goat i am very thankful to you. As soon as you came near our house my husband sprung back to life”. Let us be good friends. The wise goat understood the plan of the wolf and said “ I am glad to hear such good news. Let us celebrate this good news. I will also inform all my friends”. Then we all can celebrate. So the wolf asked the goat who your friends are?

The wise goat replied and said the names of her friends to the wolf- two hounds, Old Gray and Young Tan and a big bull dog called four eyes. The wolf got sacred listening to the names and ran back to her cave.