An interesting story from panchatantra tales which teaches us not to panic and use our intelligence even during crisis.

Once upon a time there lived a lion and a fox with other animals in the forest. The lion was getting old and was not as strong as he used to during his young age.

One day he went in search of a prey but could not find any animal. The old lion was tired of searching for food. While roaming around in the forest the old lion saw a cave. He was happy that he could find some animal inside the cave to eat.

The old lion roamed around the cave but could not find any animal inside the cave. He thought to hide himself in the bushes so that when the animal comes back to its home then the lion can kill him and satisfy his hunger. 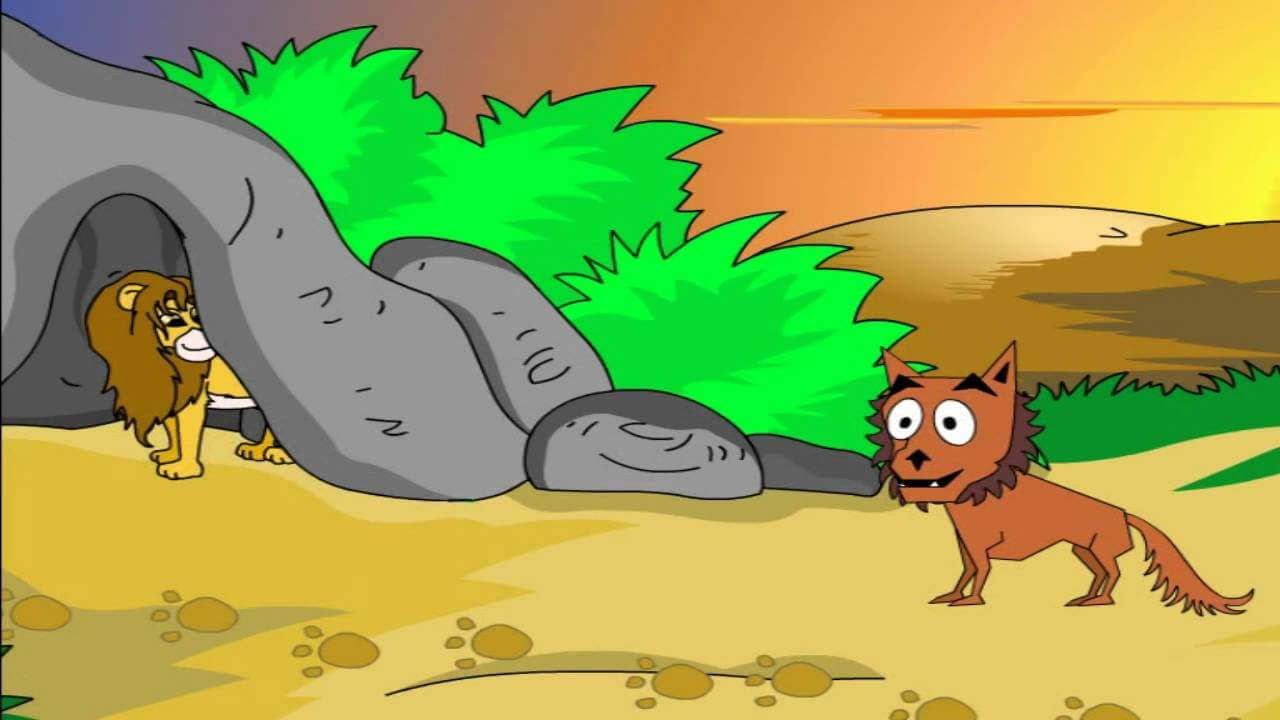 The lion thought this as his brilliant idea and waited for the animal to come. Hours passed but no animal came near the cave. The lion was tired. He thought “ the sun is about to set now and the animal which lives in this cave would come any time now.

The cave belonged to the fox. After the day’s long hard work the fox decided to go back to the cave and take rest. As the fox came near its cave he saw the pug marks of a lion going inside the cave but not coming out of the cave.

The fox understood that the lion was still inside the cave waiting for the prey. Without panicking the fox thought of a brilliant idea to save himself from the lion.

The fox said “ Good evening cave, How are you ? I have come back. Why are you so silent today ?” The lion was confused but did not give any reply. He was silently waiting for the fox to come inside the cave.

The fox did not receive any reply from the lion. So fox said again “ Oh cave are you upset with me ? If you do not greet me I will go back and will never come.

Now the lion got confused and thought to himself. “Is this a talking cave? Is it not talking because I am inside the cave?” Now the lion was afraid of losing the prey. He was very hungry and did not want the fox to run away.

The foolish lion responded in a roaring voice on behalf of the cave. He said, “ My dear fox. Sorry for the late reply. I had slept when you came and talked to me. You can come inside now.”

Now the fox understood that the lion is still hiding in the cave. He said “ Oh foolish lion have you seen any cave talking? I wanted to check if you are still hiding? Saying so the fox ran away from the cave.

The old foolish lion again had no food to eat.

Moral: Presence of mind is the best weapon to safeguard oneself in all difficulties of life.