Panchatantra stories teach us so much. This story tells us that we need to think before doing any act.

Once upon a time in a small village there lived a washerman and his donkey by name Udhata. The washerman used to make the donkey work very hard.

He used to make  the donkey carry loads of clothes to the river bank for washing and get them back to his home during the day. It was a lot of hard work.

However the washerman was not giving enough food for the donkey. The donkey was not satisfied with the amount of food given by the washerman. Hence during night the donkey would often wander in the fields in search of some nutritious food. Sometimes it would end up getting only beatings from the farmers. 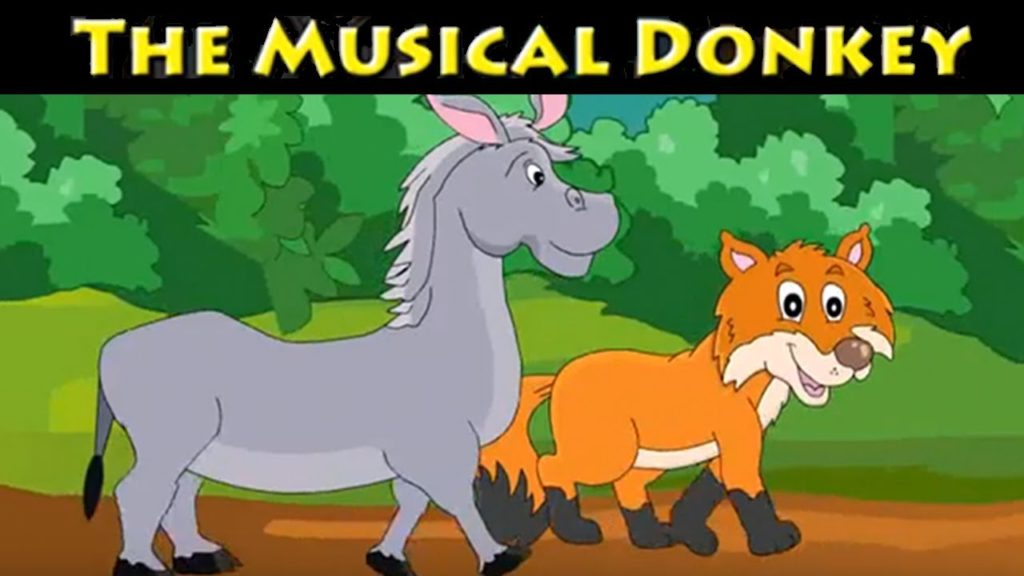 One night the donkey met a jackal who was also wandering in the fields. And soon they both became good friends. Every night they would go in search of some good food in the fields.

As they were wandering both the donkey and the jackal found a field with ripped cucumbers. The donkey said “ Wow! what a tasty food”. The jackal quickly warned him “ Shh! Don’t shout, else the villagers will wake up,  Let’s go to the field quietly.”

Both donkey and jackal went to the field and ate the cucumbers to their complete satisfaction.  Both of them decided to come everyday to this field.

As they started eating healthy cucumbers every day the donkey became very healthy and was growing fat.

One night after eating the tasty cucumbers to his appetite the donkey was very happy and wanted to sing a song. He told Jackal, “ My dear friend, I am so happy today that I feel like singing a song.” Jackal got worried and said, “ Don't be a fool, If you sing, the villagers near the field will wake up and beat us up.”

The donkey did not listen to Jackal and called him a dull fellow. The Jackal warned the donkey again by saying “ your voice is not melodious.”  The donkey thought that Jackal was jealous of him. Donkey was adamant and started to open his mouth to sing.

Seeing this the Jackal got worried and said to the donkey, “ My dear friend please wait for a minute. I will go on the other side of a fence to keep a watch on the villagers.” He instantly jumped to the other side of the field. The donkey began to bray loudly.  On hearing the donkey braying in the field the villagers nearby woke up and rushed to their field along with sticks.

On seeing the field being in ruins the villagers began to  beat the donkey with no mercy. The donkey was hurt very badly and somehow managed to get out of the field.

The jackal saw the pathetic condition of the  donkey and felt very sorry for his state and said, “ My dear friend I had warned you but you did not listen to my advice.” The donkey understood his mistake but it was very late. It is always better to listen to the advice before doing any act.

Moral : Think before you act.

Check out these pages