Brahmin and the Mongoose Story

The Brahmin and the Mongoose:

This is a popular story  from Panchatantra Tales. Once there lived a Brahmin Devasharma, along with his wife in a village. His wife gave birth to a baby boy and the family was thrilled to welcome the baby home.

The baby used to remain and play alone most of the time as the Brahmin used to go out to perform religious duties and his wife was busy with the household chores. This made both the husband and his wife to think and feel sad for their son. To have a company for their son both parents thought to have a pet animal who can take care of their son and also play with him. 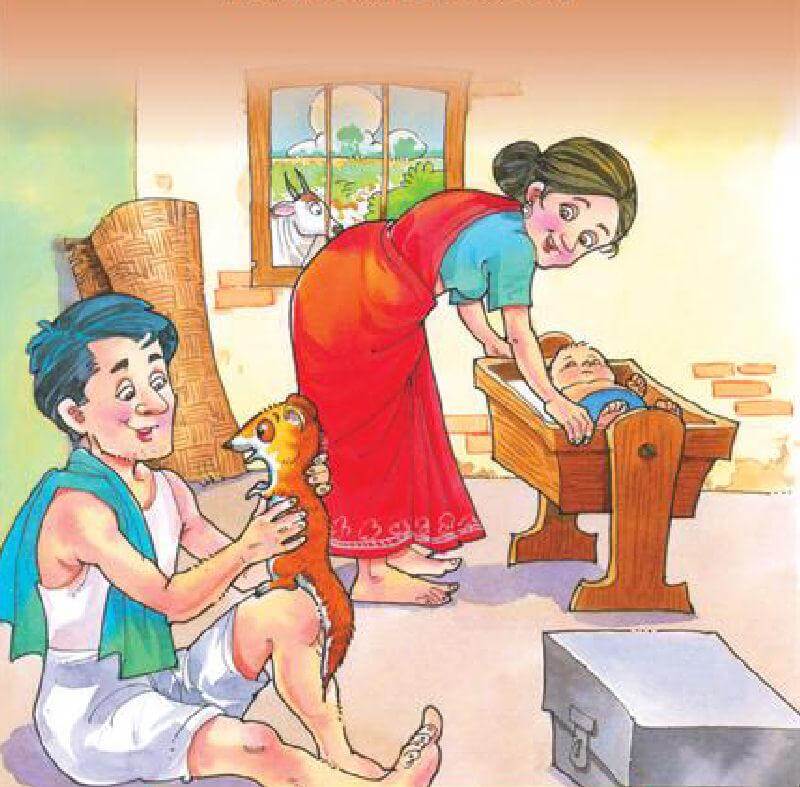 Read further the Brahmin and the mongoose

Dev Sharma went around the village and got a small little mongoose home as a friend to his son. Even though his wife did not like keeping mongoose at home still she took good care of their pet. She treated mongoose on par with her son. Gave milk for the pet and also made him take regular baths.

Soon mongoose became  part of this small and beautiful family. One day the brahmin’s wife went out to fetch water. Before leaving she informed the brahmin to take care of the kid from mongoose. The Brahmin also left home to fetch food by begging.

As soon as the brahmin left a black cobra entered the house.  The snake slowly crawled towards the cradle.The mongoose sensed danger to the kid and attacked the cobra and tore him to death. Mongoose had blood stains all over his mouth and body. The brahmin’s wife who was coming home by fetching water saw blood stains on the body of mongoose.  She threw the pot down thinking that the mongoose had killed her son and ran towards the cradle. Without any second thought she threw a big jar on mongoose which killed the poor instantly.

After killing the mongoose the mother rushed towards the cradle. To her surprise the baby was happily playing in the cradle. Then she saw the torn and pieces of snake near the cradle. She realised that mongoose killed  the snake and saved the life of her son. She had no other option but to cry for her hasty action.

The brahmin entered home and saw what had happened. She shouted at his wife for her hasty action.  But getting angry on his wife or on himself cannot get back the life of a mongoose.

Moral: Never act in haste. Think before you react.