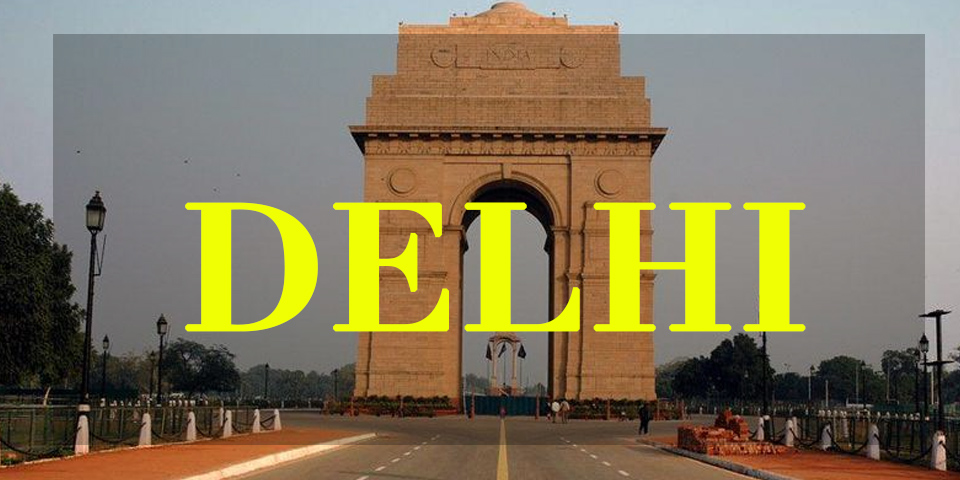 History of Delhi. This page takes you a tour of Delhi and its history. Delhi is the capital city of India. To experience varied culture, seasons, different varieties of food, the historical monuments and different markets one should visit the capital city. People from different states have come and settled here hoping for a decent life. The city is not only famous for its history, food, culture but also famous for its pollution especially during winters. Delhi is surrounded by Haryana and Punjab to the West, Uttar Pradesh to North and West and Rajasthan to east.  Certain satellite towns were developed around the city to decongest Delhi such as Gurgoan, Noida and Gahziabad.  A special administrative body called National Capital Region Board (NCR Board) is created to plan and develop these areas and this area is called NCR area.. NCR area includes Gurgoan, Ghaziabad, Faridabad, Noida as well as Delhi.  Spread over an area of 1,484 sq. Km Delhi is one of the main tourist places in India. Many foreigners who come to India as travellers make base as Delhi and visit many places which are in close vicinity of the city.

Delhi has a varied culture and history. The markets places get bustling during festivals season. Many festivals are celebrated here as people from different states have come here and made Delhi as their home.

Culture of Delhi is a mixture of the different cultures from different states of India. The history of Delhi is reflected in the culture of Delhi. Right from the Hindu culture to Muslim culture and British culture one can experience a blend of many cultures. One can hear the Qawwalis, Gurbanis, classical devotional songs as one travels across Delhi. 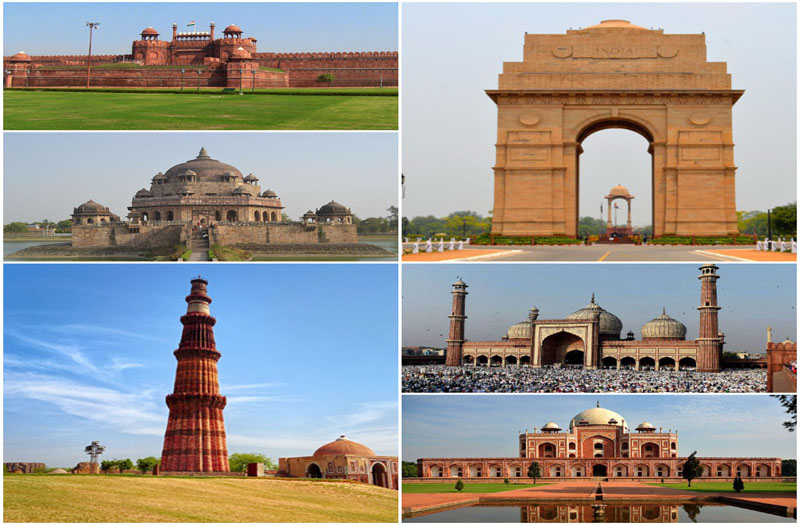 Delhi being the capital of India has an interesting historical back ground. Delhi is known from the days of Mahabharata. During this period it was known as Indraprastha. It was the capital of Pandavas. But there is no historical evidence to this. It is referred as Purna Qila in present day Delhi as Indraprastha. The archaeological department too have little evidence to prove that Delhi did exist during the period of Mahabharat.

Delhi has seen many rise and fall of empires and is famous for its rich heritage built during these periods.

During the period of Ashoka, the great ruler of Mauryan dynasty, he constructed many pillars and edicts which are still present in Delhi. Some of the important rock edicts which convey the teachings of Buddhism are found in Srinivasapuri near Kalkaji temple. There are two pillar edicts in Delhi. One is in Delhi ridge close to Delhi University Campus and the other one is in Feroz Shah Kotla known as Delhi Topara pillar. The inscriptions are written in Prakrit language. These edicts spread Buddhism and the preaching’s of Buddhism.

Delhi has a long history. Anangpal Tomar re-established Indraprastha and named it as Delhi. He first laid the foundation stone of Delhi much before 13th century. For Tomar’s Delhi became the centre for administration. Delhi was beautified by lakes, temples parks during this period. The ruins of these lakes, temples many buildings can even be seen today. Anangpal tomar first built a long great bund at Anangpur on this, a fort was built by Raja Anangpal tomar which can be seen even today. Anangpal tomar who is described as founder of Delhi has built a citadel near SurajKund. The Lal Kot near Qutub Minar was also founded by Anangpal of Tomar dynasty in the year 736AD His name has been inscribed on this pillar. The Tomar dynasty came to end and Prthiviraj Chauhan crowned himself as the king of Delhi and started to rule over Delhi.

Prithiviraj Chauhan was the last Hindu king who ruled Delhi. It is believed that that Chauhan was made only the care taker of the tomar dynasty when his maternal grandfather King Anangpal3 had gone for pilgrimage tour. After coming back from the pilgrimage, the Chauhan refused to hand over the power to Tomar and named himself as the king of Delhi. During Chauhan’s period he extended the walls of Lal Kot and a fort known as Qila-Rai-Pithora. The Chauhan’s started to rule Delhi from 1155 AD and ruled till 1192. Muhammed Ghori defeated Prithiviraj Chauhan in 1192 AD in the second battle of Tarain which sentenced Chauhan to death. Chauhan was a great ruler who belonged to a Rajput clan. 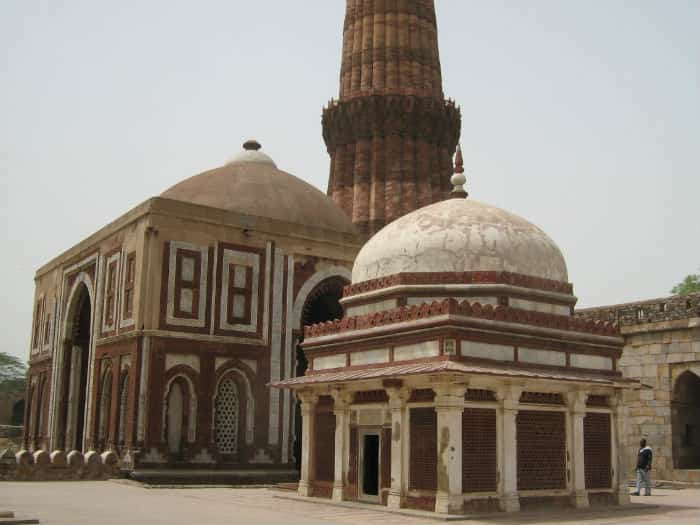 From 1206, Delhi was under the control of Muslim rulers. Various Dynasties like slave dynasty, Khilji dynasty, Sayyid dynasty and the most important Mughal dynasty. Mohd Ghori who defeated Which Chauhan and took the reins of Delhi died in the year 1206. Qutub-ud-din-Aibak who was a slave to Ghori started the slave dynasty in Delhi. Qutub-ud-din-Aibak did not rule for a long period as he died in the year 1211 in a polo accident. Illtutmish who was the son-in-law of Qutub-ud-din-Aibak took over the reins and ruled Delhi till 1236.  Qutub-ud-din Aibak who had started the construction of Qutub Minar could not complete it. After the death of Illtutumish a number of weak rulers ruled before the power was finally handed over to Razia. Some important monuments built during this period are Qutub Minar, Balban’s tomb in Mehrauli. Slave dynasty ruled for 84 years and came to an end in the year 1290 AD. Khilji Dynasty started to rule after the slave dynasty.

After the death of Balban and downfall of Slave Dynasty another Turkish ruler from Khiliji in Afghanistan came to Delhi to rule Delhi Sultanate. It was called as Khiliji Dynasty; named after the place where they originated from. Khiliji are a tribe of mixed Afghani/Turkish descent. Jalal- ud- din Khiliji ascended the throne in the year 1290. He ruled from 1290-1296. he was killed by his cousin nephew Aladdin Khiliji in a conspiracy.

After Aladdin Khiliji was bed ridden, Malik Kafur who was much stronger than his son’s tried to grab the throne. During a bloody coup many Khiliji prince were killed but their bodyguards were able to resist Kafur and killed him. Aladdin Khiliji died in 1316 AD. Qutb-ud-din Mubharak shah succeeded him. The last ruler of Khiliji in India was Qutb-ud-din Mubharak Shah. He was a weak ruler, during his reign all taxes and penalties were abolished. He also released all the prisoners of war. Ultimately he was murdered by Khusrav Khan and thus ended the Khiliji Dynasty in India. After the Khiliji dynasty, Tughlaq dynasty ruled Delhi from 1320-1412 AD. 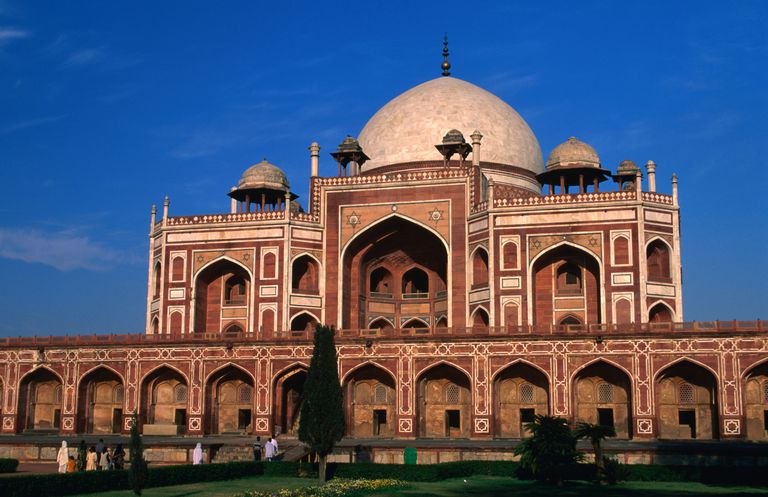 One of the biggest dynasties which ruled India and Delhi for many decades is the Mughal dynasty. They ruled from 1526-1707 AD. Babur defeated Ibrahim Lodhi in battle of Panipat and laid foundation to Mughal dynasty. Babur was the founder of Mughal dynasty, he ruled for nearly 11 years. Some of the important rulers of Mughals are Humayun, Akbar, Jahangir, Shah Jahan and Aurangzeb. After Aurangzeb’s death many weak rulers came up but none could sustain for longer period. Mughal dynasty had grown so huge that it almost became impossible to rule remotely from Delhi. As a result many far of provinces became independent. Other reasons can be empty treasury, foreign invasions and no strong ruler after Aurangzeb led to the decline of Mughal dynasty.  However, the art and architecture of the Mughals are marvellous and world famous. Some of the important monuments built during Mughal period in Delhi are Humayun' s tomb, Jama masjid, Mughal gardens, Red fort and many more.

With the decline of Mughals the Marathas took control on Delhi. In 1737, Bajirao captured Delhi by defeating Mughals. Major part of the years from 1737 till 1800 Delhi was ruled by Marathas and slowly Delhi came directly in the control of British.