Rashtrapati Bhavan which was earlier known as Viceroy's House, or the Government House is the official residence of the President of India. It is located at the western end of the Kartavya Path in New Delhi, India.

Architectural splendor Rashtrapati Bhavan is the home of President of India. It is located in New Delhi to the west of Kartavya Path. Built on 330 acre of land it consists of 340 rooms includes president’s house, offices, guest rooms and halls. The Bhavan is surrounded by beautiful greenery and garden.

Built around Raisina Hills, it is surrounded by North and South secretariat, Parliament house, India gate. Rashtrapati Bhavan also consists of a beautiful garden called as Mughal gardens which are open to public in February every year. The garden is spread over an area of 150 acres which consists of different varieties of roses, Bounganvilla, Ayurvedic medicinal plants and many more varieties of plants. 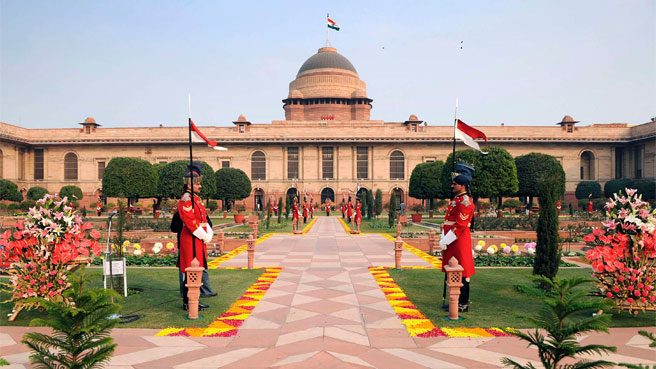 Rashtrapati Bhavan was designed by Edward Lutyens.  The end of Mughal rule and the East India Company completely taking control over India it was decided to shift the capital from Kolkata to Delhi. It was decided to build a residence to British viceroy in Delhi. The construction was completed in the year 1929 under the architect Edward Lutyens. Lutyens travelled every year for 20 years to personally look into the construction of the viceroy residence. 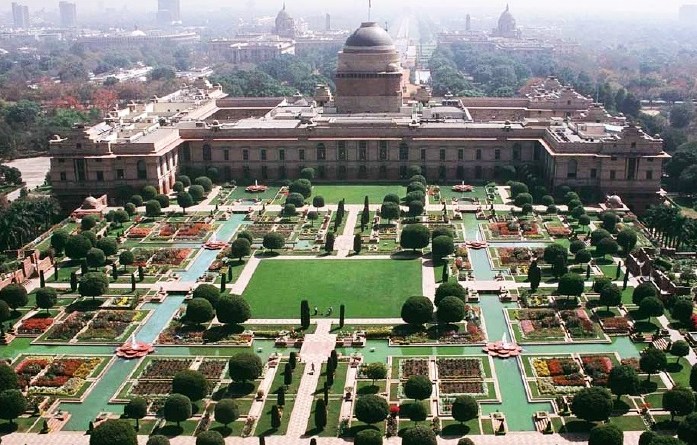 Rashtrapati Bhavan consists of two main halls called as Durbar Hall and Ashoka Hall which is used for functions and other purposes. Durbar hall is a beautiful dome structure situated in the main building. The dome is 23 metres in diameter is beautified with various coloured marbles

Durbar Hall: Durbar Hall has a space to accommodate close to 500 people.  It is located exactly just under the double dome of the main building. The floor of the Hall is made up of the Chocolate colored Italian marble.

Jawahar Lal Nehru took oath as prime minister of India from British on August 15th, 1947, in this hall. This hall was known as “Throne room” before independence which was having two separate thrones for Viceroy and Vicerine.

Now it has one huge chair for the president. At the four corners of the hall, it has two drawing rooms, the state supper room and state library. 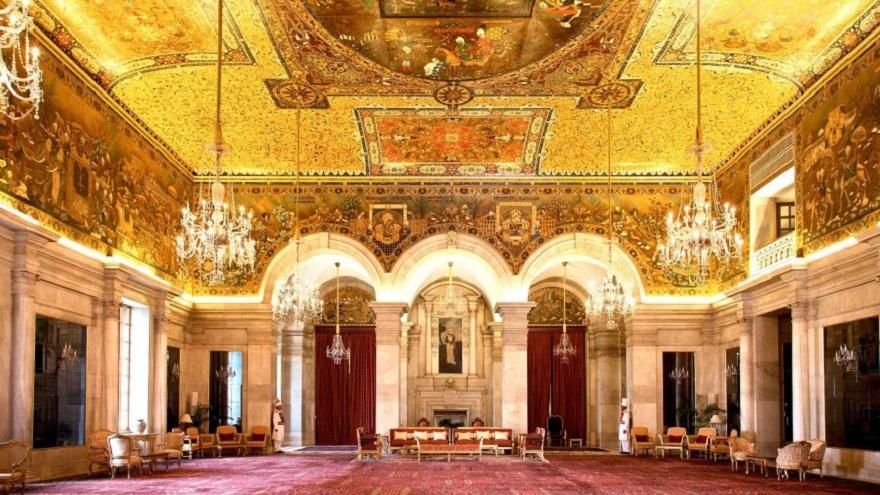 Ashoka hall is another hall which was originally built as a state ball room with wooden flooring. On the western side of the Bhavan are the raised Mughal Gardens.

To the corner of the Durbar Hall are the two state drawing rooms, the state supper room and the state library. There is a huge dining hall which has a long table to seat 104 persons. Also, some of the other rooms are sitting room, billiards room and staircase.

Different Indian designs were included while doing the construction. There is a traditional chujja(a cover of a roof). It was a sharp thin protruding from the building which prevented sunlight from entering and also shields rain entering inside during monsoon season. Another Indian design used is ‘jallis’ made of red sandstone.

These jallis are made in geometrical shape with floral design on it which beautifies the Bhavan even more. Rashtrapati Bhavan is blended with European and Indian style of art and architecture. The most beautiful structure of the Bhavan is the dome which was inspired by the Sanchi stupa. Mughal Garden further enhances the beauty of the Bhavan. A visit to Delhi means one has to plan well before to visit the different circuits in the Rashtrapati Bhavan along with India gate.

Dome: Another important architectural work is the Dome. At the centre of the Bhavan is the tall copper faced dome with a very tall drum in several sections. The dome is exactly at the middle of the diagonals around the four corners of the building.

The dome is the blend of classical and Indian styles. the outer part of the dome was partly designed after the Buddhists stupa similar to Sanchi. there is also a Buddhists style railing below the dome It is supported by equal distance columns which form a porch. 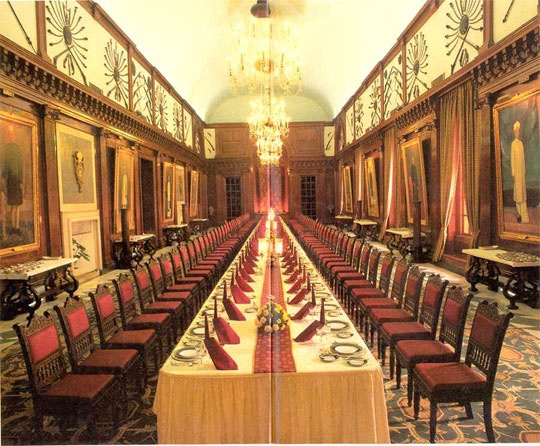 The premises is divided into three circuits

Circuit 1 is the main building of the Bhavan along with the central lawn which opens on Friday, Saturday and Sunday to the public.

Circuit 2 is the Rashtrapati museum complex which comprises clock tower, stables and the garages. This is open on all days except on Monday.

Circuit 3 is the Mughal Garden and other gardens of the Bhavan which are open august to march on Friday, Saturday and Sunday. Mughal garden is open from February till March.

The Mughal Garden, which is the world-famous garden, is at the back of the Rashtrapati Bhavan. It is built by the blend of both Mughal and English landscape styles. The place is rich in flora and is home for different species of flowers. It is open to public only in the month of February.

Main garden: In this there are six lotus shaped fountains rising at a height of 12 feet. The garden is divided into grid of squares by two channels which intersect at right angles. These channels function as reflecting pools.

Terrace garden: At the either side of the main garden is the two longitudinal strips which forms the Northern and Southern boundaries. At the centre of both strips is the fountain.

Long Garden or the Purdah Garden: This is located at the west of the main garden. This garden mainly has different varieties of roses. It has close to 16 square rose beds. the walls of the garden are covered with creepers like the Jasmine, Tecoma Bignonia, Paniculata, Vanista and many more.

Tulips: Just around the circular garden there are rooms for different storage. In this there is a collection of bonsais which is supposedly one of the best collections in the country.

Visiting hours: From 9am till 4pm

Further details are available at http://rashtrapatisachivalaya.gov.in/rbtour