The park is home for many animals such as tiger, leopard, nilgai, deer, elephant, wild boar, Hedgehog.  River Ramganga flows through the Park providing abundant water for the flora and fauna. The main attraction of this park is tigers, but sighting a tiger is very difficult as the park is spread over a large area and it is not easy to spot tigers in this vast area of thick forest or grasslands.

This vast park is divided into following five zones for convenience of administration based on the topography: 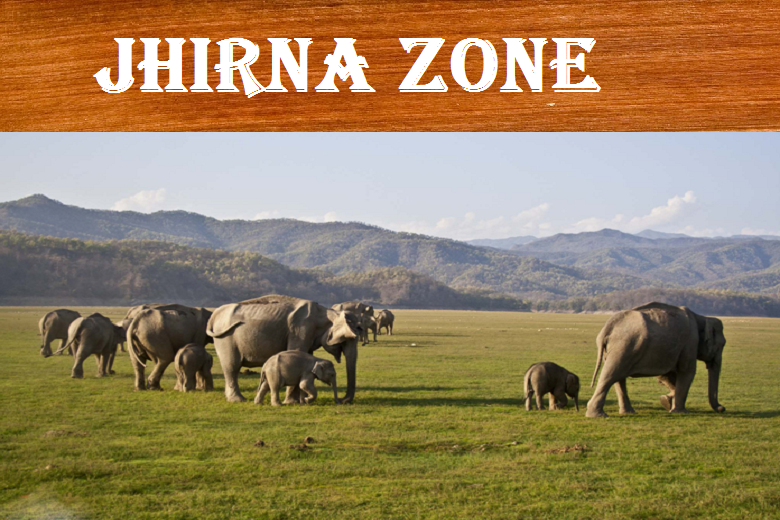 Jhirna zone: Located at the southern end, Jhirna zone is best for viewing wildlife. This is the only zone which is open throughout the year. During winter season the zone is open from 7am to 10am and evening from 2 pm to 5:30pm and in summer morning 6am till 9:30am and evening 3pm to 6:30 pm. This zone is well connected by road and one can take either Elephant or Jeep safari.

Dhikala zone: Located 50 Km deep inside the forest, Dhikala zone is good for viewing valleys and some real wildlife like Royal Bengal Tiger, Elephants, Cheetahs etc. The zone is situated at the edges of Patil Dun. For having a good view of grasslands and wildlife one can take either Jeep safari or bus safari.

The zone is open from November 15th till 15th June. This zone becomes inaccessible during monsoon.  The zone is open in winters from 7am to 10am in the morning and afternoon 2 pm to 5:30 pm.

In summer morning 6 am to 9:30 am and in the evening 3 pm to 6:30 pm. Dhikala zone is also well connected on road and one can book the safari tickets in Ramnagar office. Ram ganga river is the lifeline of this zone 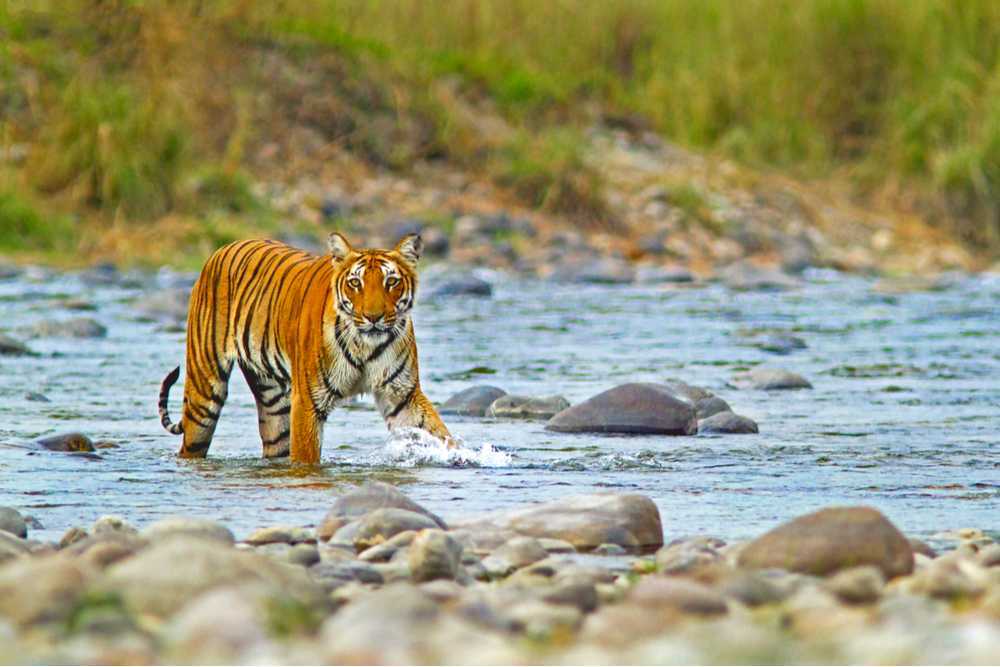 Bijrani zone-Like Dhikala zone the topography of Bijrani zone consists of grasslands and wild animals. Located close to Amdanda gate close to Ramnagar   chances of spotting tigers in this zone are more compared to other zones.  Bijarni has a core, buffer and tourists zone.

Tourists are allowed to visit only in the tourist zone. One can take a jeep or elephant safari and can book safari tickets from the Ramnagar office. The timings of the zone are the same as other zones. The zone is open from 15th October-15th June.  This zone also becomes inaccessible during monsoon. 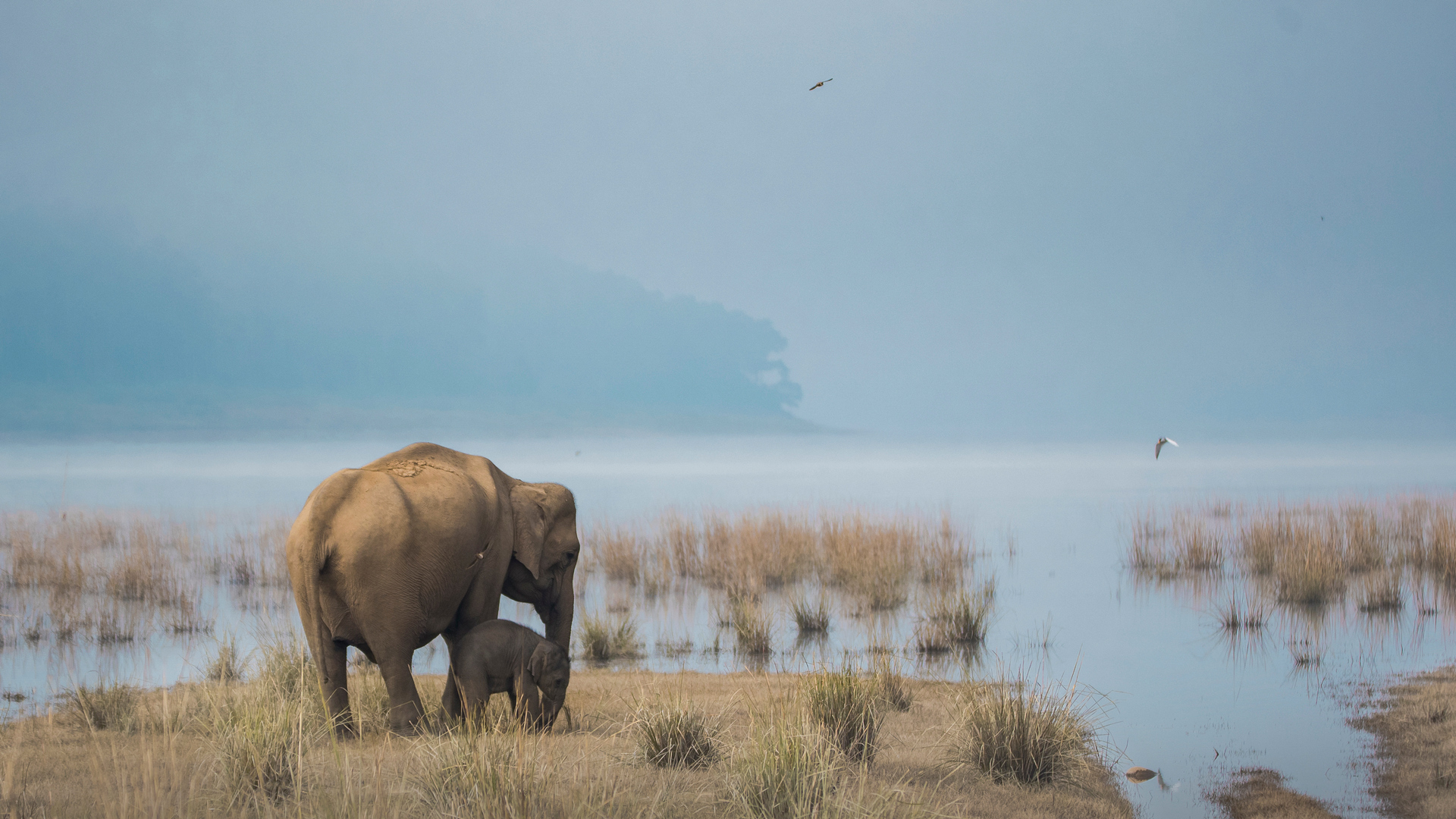 The zone is open from 15th October to 15th June and closed during monsoon. The timings of the zone are the same as other zones. All the gates are well connected by roads and tourists can book the safari tickets from Ramnagar office.

Durga Devi Zone: Durga Devi gate is located 28 km from Ramanagar village. This is one of the most difficult zones to trek due to its high elevation. From this gate visitors can enjoy multiple entries in elephant safari. Tourists can get permission to do fishing at certain spots. Mahseer fishes can be seen in large numbers here. Angling (a method of fishing) can also be enjoyed by visitors here. The zone is open from 1st October to 30th June and closed during monsoon. 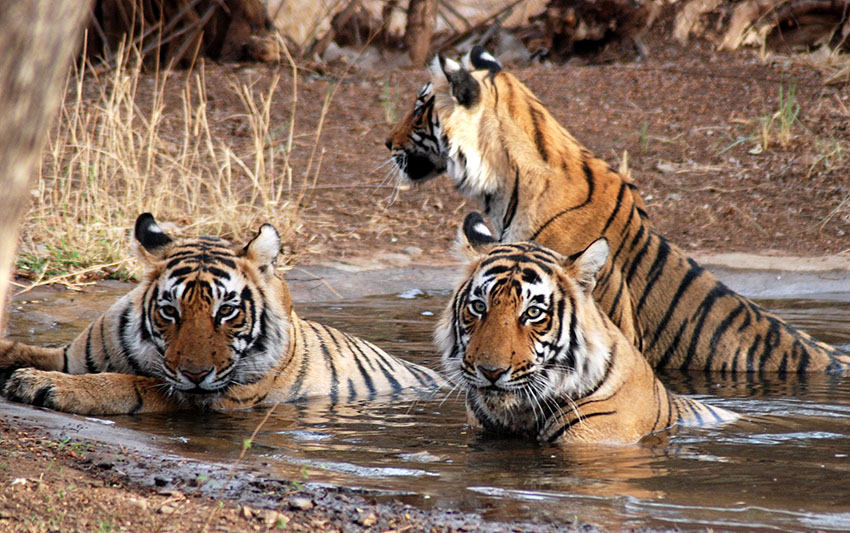 Jim Corbett is open all round the year, but from November till June it is considered as the best time to visit Jim Corbett National Park as all gates remain open during these months and the whole park is open for visitors. Monsoon is considered as off season due to damp weather and less animals can be spotted.

Most of the gates also remain close during monsoon.  The chances of sighting tigers are bright during the months of March to June as most of the trees would have shed leaves and the number of water holes would have reduced considerably due to summer.

Summer season: March to mid June is considered as summer season. The temperature can go up to 40 degree Celsius and night temperature could be around 20 degree Celsius. Light cotton clothes are preferred during the summer season.Carrying water bottles is good to avoid dehydration. It is also advisable not to throw the bottles and other plastic material inside the park but to carry it back to the hotel and dispose of it by proper means. 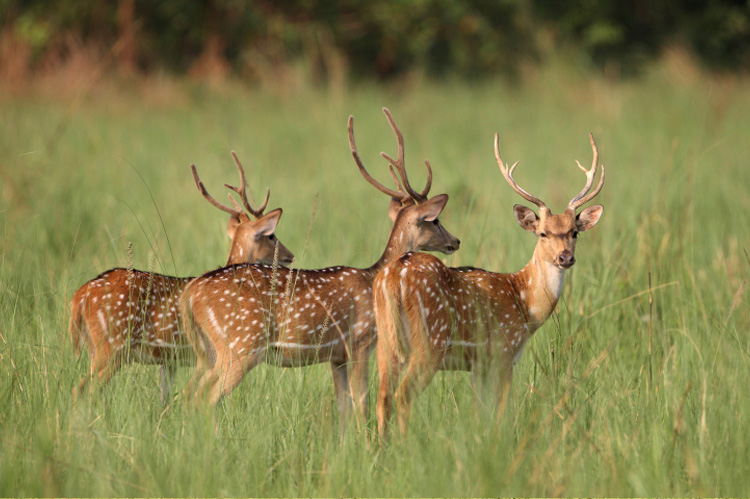 How to reach Jim Corbett

By Air: The nearest airport to Jim Corbett is Pantnagar which is around 50 Km from park.

By Road: Jim Corbett is well connected with roads from all major cities from north India. From Delhi the bus services are available from Anand Vihar ISBT. The park is around at a distance of 250 Kms from Delhi. One can book a cab and drive down from Delhi.

By Rail: Ramnagar railway station which is around 5km from the park is the nearest railway station. Some important trains are Raniket express, Sampark Kranti.

Jim Corbett National Park is famous for some weird wild animals. To truly enjoy nature and the wild animals, tourists can go on safari. There are two types of Safari offered in Jim Corbett national park. Jeep and Canter safari. Both the safari provide open air vehicles which helps tourists to get a better view of wild animals.

Both Jeep and Canter safari can be booked for any of the five zones. Online booking of Jeep Safari is available for both morning and evening in Bhijrani, Jhirna, Dhela and Durga devi zones. The park safari timings depend on the sunrise and sunset. Usually the safari is four hours long with pick and drop from the hotel.

Both Jeep and Canter safari can be booked for any of the five zones. Online booking of Jeep Safari is available for both morning and evening in Bhijrani, Jhirna, Dhela and Durga devi zones. The park safari timings depend on the sunrise and sunset. Usually the safari is four hours long with pick and drop from the hotel.

In Dhikala zone if you are unable to get a night stay permit in this zone then the only available safari option is canter safari. Canter Safari accommodates around 15 persons. The best time to do Jeep Safari is from November to June end. All the safari booking is managed by the forest department as per the guidelines of the Indian Forest department.

Timings for Canter safari in Dhikala

Flora and Fauna in Jim Corbett

Jim Corbett National Park is blessed with bountiful flora and fauna. The reserve is located partly along the valley of lesser Himalayas in the north and Shivaliks in the south. The park has around 500 species of different types of beautiful plants all around. The different habitat in Corbett is filled with Sal forest, Khair- Sissoo forest, Mountains, Chaur, Rivers and streams.

Grasses form the major species in Corbett with around 70 different species being recorded. Some of the major grasses that are found are Khus-khus, Tiger grass, Aristida cyanantha and many more.

Some of the major trees that are found here in Sal forest include Sal trees, Sheesham, Kanju. Chir pine is the only one confer found in the ridge tops. In some parts of the corbett the vegetation is dominated by bamboo trees. There are many shrubs,herbs all around the forest.

Jim Corbett National Park is blessed with rich flora and fauna all around. The park is home for around 600 migratory and residential birds like crested serpent eagle, blossom headed parakeet, red jungle fowl and many more are found in the vicinity of the park. Roughly there are around 33 species of reptiles, seven species of amphibians, seven species of fishes and around 40 species of dragonflies.

Other than Bengal tigers one can see the leopard, jungle cat, fishing cat, sambar deer, langur, Himalayan goral, Indian pangolins, langur and many more. In summers one can see a lot of Indian elephants.

Other than doing different types of Safari, bird watching, fishing and angling and enjoying the seeing of flora and fauna in Jim Corbett, tourists can do many adventurous activities like river rafting, rock climbing, river crossing and many more.

Rock climbing is a tough adventure activity in Jim Corbett. It needs specialised climbing  techniques. Proper guidance and tools are available in the park to help the tourists to enjoy this activity. River Rafting on the river Kosi is truly an amazing activity for Jim Corbett.

The activity is available both for beginners and for professionals.  There are both grade 2 and grade 3 in river rafting. The best time for river rafting is from July to September. Another activity is river crossing while hanging from a rope tied from one end to the other end of the river.

Another important adventure activity is bridge slithering which involves the adventurer sliding from a bridge above river Kosi with the help of a rope.  It is a thrilling experience of jumping off from the bridge and sliding down a rope and finally diving into the River Kosi.