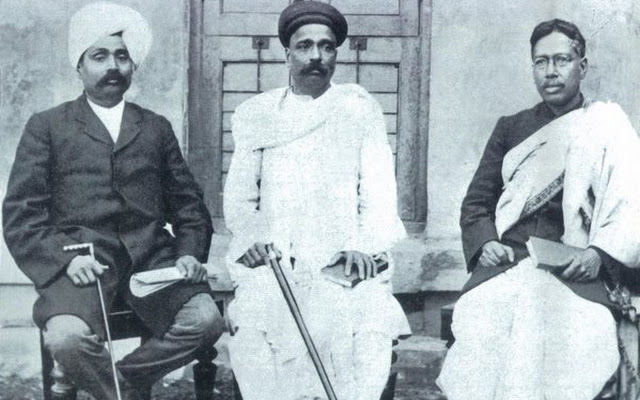 Extremists Phase: This period was from 1905-1918. Some of the important extremists leaders were Lala Lajpat Rai, Balgangadhar Tilak, Bipin Chandra Pal, Aurobindo Ghosh. The ideology of getting freedom from British was completely different from that of moderates. Extremists were very disturbed with large scale unemployment among Indians, partiality towards Indians, the divide and rule policy of British. Extremists believed in agitation. They thought the idea of moderates as begging for their own rights. The extremists adopted the policy of boycott and swadeshi as the chief method of agitation.

The extremists rejected all goods, offices and education system which British followed. They burnt all the goods of the British to show their anger towards them. Even the students from different parts of India boycotted the college and joined the movement. The extremists convinced Indians to buy and use only those goods that were manufactured in India.

This led to the establishment of many industries in India. Jameshtji Tata initiated iron and steel industry. VO Chidhambaram set up steam Navigation Company. This swadeshi movement spread across India like forest fire. The policy of divide and rule angered extremist. In the year 1905 with the pretext of not able to manage whole of Bengal, it was divided by lord Curzon. He stated the reason for division as management of Bengal in a better way.

But however Bengal was divided based on religion. The partition included Assam and Muslim majority east Bengal from other parts which were Hindu dominated. This clearly angered the extremists. Protestors from different parts of India tied rakhi to show brotherhood.

They sang songs of Vande Mataram and led the processions. The agitation on the partition of Bengal threatened British. The unity of Hindus and Muslims during the anti partition movement made British to follow the rule of divide and rule. They made Muslims believe that the motivation of both Hindus and Muslims were different.

Balgangadhar Tilak was one of the prominent leaders of extremists who fought against British for freedom. He organised various mass movements through religious festivals like Ganapati festival and celebrations in memory of various great leaders like Shivaji etc.

Also famously known as Lokmanya Tilak, he criticised the government on the way plague was handled in 1896 in Pune. Famous quotations of Tilak was “ Swaraj is my birth right and I shall have it”. Unlike moderates who used constitutional methods for fighting against British, extremists used the method of Swaraj and agitation against British.

By now British had successfully sowed the seed of indifference between Hindus and Muslims. Muslims started to support British and even the partition of Bengal.  The All India Muslim League was formed in 1906 by group of Muslim leaders led by Salimullah Khan and Aga Khan3.

The main reasons for the formation of All India Muslim League were protection of Muslims and Muslim religion in India, to show support to British, to promote friendly relations of Muslims with other communities in India.

After the formation of the league, it demanded reservations for Muslims in government services. It also demanded political representation for Muslims through separate league. Thus All India Muslim league came into existence.