Battle of plassey (1757): The Nawab of Bengal, Alivardi Khan and Nawab Murshid Quli Khan kept the British traders of east India company under control and did not allow to fortify the city, but however after the succession of Siraj ud-Daulah in the year 1756 the Nawab drove the English traders out of Bengal.

Robert Clive bribed Mir Jafar, the commander in army chief and other members of Nawab army to defeat Nawab Siraj-ud- daulah. Mir Jafar withdrew the army from the battlefield this led to the defeat of Nawab. Siraj- ud-daulah was killed in the battle and Mir Jafar was made the Nawab of Bengal.

This way Clive was able to restore Bengal back to British. In the year 1760 Mir Jafar failed to meet the company’s heavy demands hence the company threw Mir Jafar and made his son in law Mir Qasim as new Nawab. In return to this Mir Qasim gave the company the zamindari of three places namely Burdwan, Midnapore and Chittagong.

Battle of Buxar (1764): Battle of Buxar was another important milestone which gave a firm footing in India and a complete control of Bengal. This battle was fought in the year 1764 between British led by Hector Munro and combined forces of Mir Qasim, Nawab Shuja-ud-daulah of Awadh and Mughal Emperor Shah Alam 2. The battle was fought in Buxar, a small village in Bengal on the banks of River Ganga.  Even though the Mughals army had 40,000 and British had 7,000 men but still the combined forces of Indian army could not defeat British.

After the battle of Plassey, British appointed Mir Qasim as Nawab of Bengal. British thought he would be a puppet in their hands but Mir Qasim was an independent ruler, he took certain decisions which were against the wishes of British.

He took decisions in reduction of cost on administration, new taxes were imposed and capital was shifted from Monghyar to Murshidabad. Mir Qasim also placed limits on the trade privileges the company enjoyed. All these actions annoyed British, they led war against him and defeated Mir Qasim in 1763. Later Mir Jafar was installed as Nawab of Bengal. 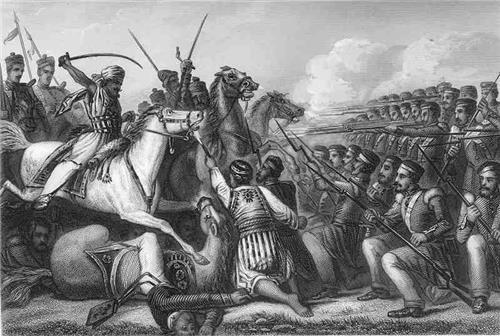 After the death of Mir Jafar in the year 1765, the new Nawab who was a puppet in the hands of British handed over military and criminal jurisdiction to the company. From this the company became the virtual ruler of Bengal. The war had huge implications on the political entry of British in India.

Clive restored Awadh to Shuja-ud-daulah, in return to huge sum of money and districts of Kora and Allahabad. Awadh became a buffer state. The company which was the virtual ruler of Bengal took full control on revenue collection and military control. It used part of the revenue to purchase Indian goods, to maintain military troops and other administrative costs.

The Nawab’s office was just for the name sake with no power and money. The company enjoyed all powers. This system of dual government lasted till 1772. Even with all this the company was on the verge of bankruptcy, Warren Hastings was appointed as Governor General in 1772.

The company appealed to the parliament for a loan. The parliament which granted loan to the company began to regulate the company’s administration in India. It passed many acts such as regulating act of 1773 and Pitt’s India act of 1784. 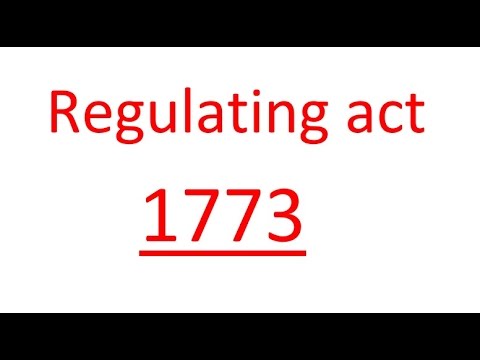 According to the regulating act- it prohibited servants/ employees of the company from engaging in any private trade and corruption.

The act changed the voting pattern. The term of office of directors was raised from 1 year to 4 years. Further the act also raised the qualification to vote in the court of proprietors from £500 to £1000.

A Supreme Court was established at fort William Calcutta judges from British were sent to take care of the judiciary procedure.

The act gave a political stability in India. The greatest merit of this act was that of the establishment Supreme Court in Calcutta. However it had some major defects like the governor general was rendered powerless as he had no veto power. 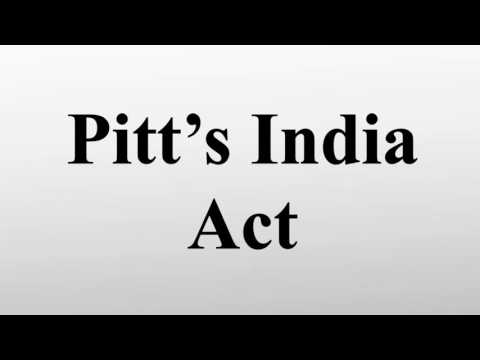 Some of the important points on Pitts India act are – this act established the dual system of control on India by the government of Great Britain and East India Company.

Named after the British Prime Minister William Pitt, a board of control was established that had six parliaments. The board consisted of the chancellor, the exchequer, the secretary of state and four privy councillors. The board was supported by a Chief Secretary. The board was empowered to control all the civil and military matters.

Even though Pitt’s India act was established to make changes in the The Regulating Act, even this act led to failure mainly because the act divided power between the board of directors and governor general. The dual system of control led to more confusion. However the act had huge impact as British government had direct control on the company. This reduced corruption among the British. Subsidiary alliance was an important part of history.