This is another classical story from the collection of Akbar and Birbal stories. Akbar was the famous Mughal king who ruled India for many years and Birbal was his favorite minister. Birbal was one of the nine gems of Akbar. Let us read this funny story: “The noblest Beggar”

In this story Akbar asked Birbal to search for a noble person in his kingdom. 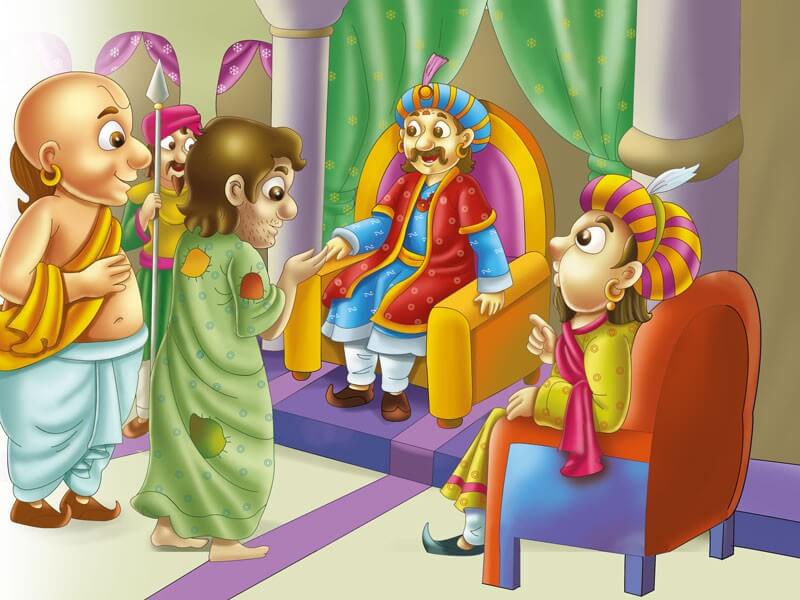 Akbar called Birbal and said, "Is it difficult to find the noble and lowest in our kingdom?”

Birbal replied, "My lord, it is not difficult to find a person who is both noble and down to earth.”

Birbal as usual went in search of such a person in the kingdom. While walking around he saw a beggar. He asked him to accompany him to the kingdom. Birbal entered the palace and presented the beggar to the king. My lord, "This beggar is the lowest among all others in our kingdom.”

Then Akbar asked, “He may be the lowest but how can you say he is the noblest.”

Birbal had answers for everything. He immediately replied to the king saying, "My lord, today this poor beggar has been given the honor of being an audience with you. What else would he want?”

As usual Akbar was very happy with his intelligent answer and rewarded Birbal for his act.