Panna National Park is located in the Panna and Chhatarpur district of Madhya Pradesh, India. It was established in 1981 and in 1994 it was declared as the  twenty second  tiger reserve of India. It is one of the best and well maintained National Parks in India.

It covers an area of 542.67 square kilometres and is situated in the Vindhya Ranges. The Ken River flows from south to north is home for Gharial to Mugger and to other aquatic animals. The River makes a beautiful waterfall on its way to the valley.

Ken River being a tributary of River Yamuna is the least polluted river. The dry and hot climate in Panna National Park is an advantage for viewing the wild animals which come near the river to drink water.

The major vegetation of the park is the dry deciduous forest with  grassland area. Some of the wild animals that are found here are wild  Indian wolf, sloth bear, Sambar deer, tiger, leopard,Indian Vulture and many more. 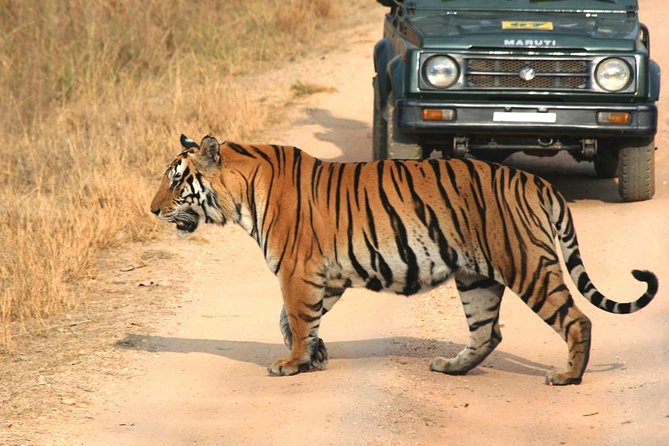 The best time to visit is from November to June. The month of March and May is especially recommended as during summer months spotting the wild animals especially tiger is more as compared to other months.

Summer: The summer months are from March to June. It is pretty hot and dry with temperature rising up to 45 degree celsius. It is a good period to spot wild animals.

Monsoon: Monsoon months are from July to September. It is not a good time to visit the park as it is difficult to spot the animals and also the terrain becomes muddy and sticky during this period.

The park is usually closed during monsoon season. It is better to check with the concerned authorities before making any plan during this period.

The National Park can be reached from the Khajuraho airport, lying 26 km away. Daily flights are available from Delhi. A taxi drive would take you to the forests from the airport.

Panna has its own bus terminal. It is very well connected from major places like Khajuraho, Jhansi, Gwalior, Bhamitha and other important places. 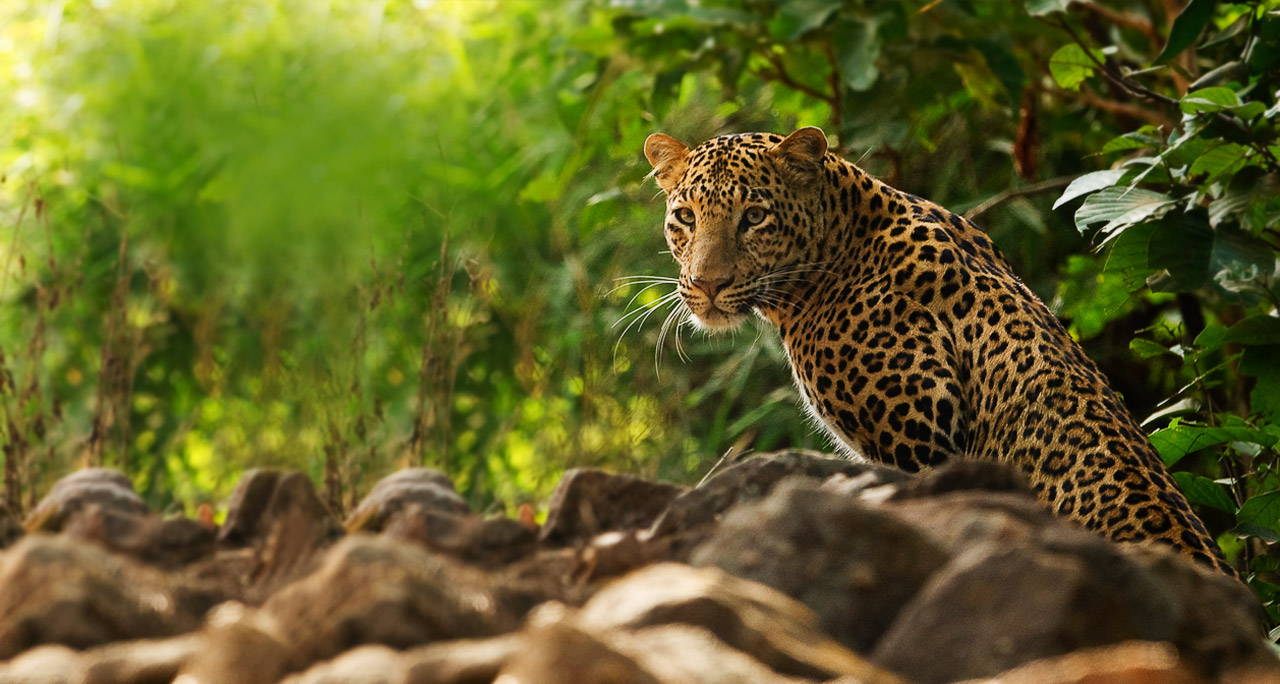 Due to the change in the seasons the timings of the safari also changs. Monsoon season is closed. The two major zones are Madla and Hinauta which remain open for Safari from 16th October to 30th June. One can choose between boat safari, Jeep safari and elephant safari.

During summer season the timings for the safari are

During winter season the timings for safari are

Panna National Park has some wide varieties of flora and fauna. Due to the dry and hot climate, vegetation mostly is dry teak, dry mixed forest like thorny woodlands, shrubs and tall grasses. 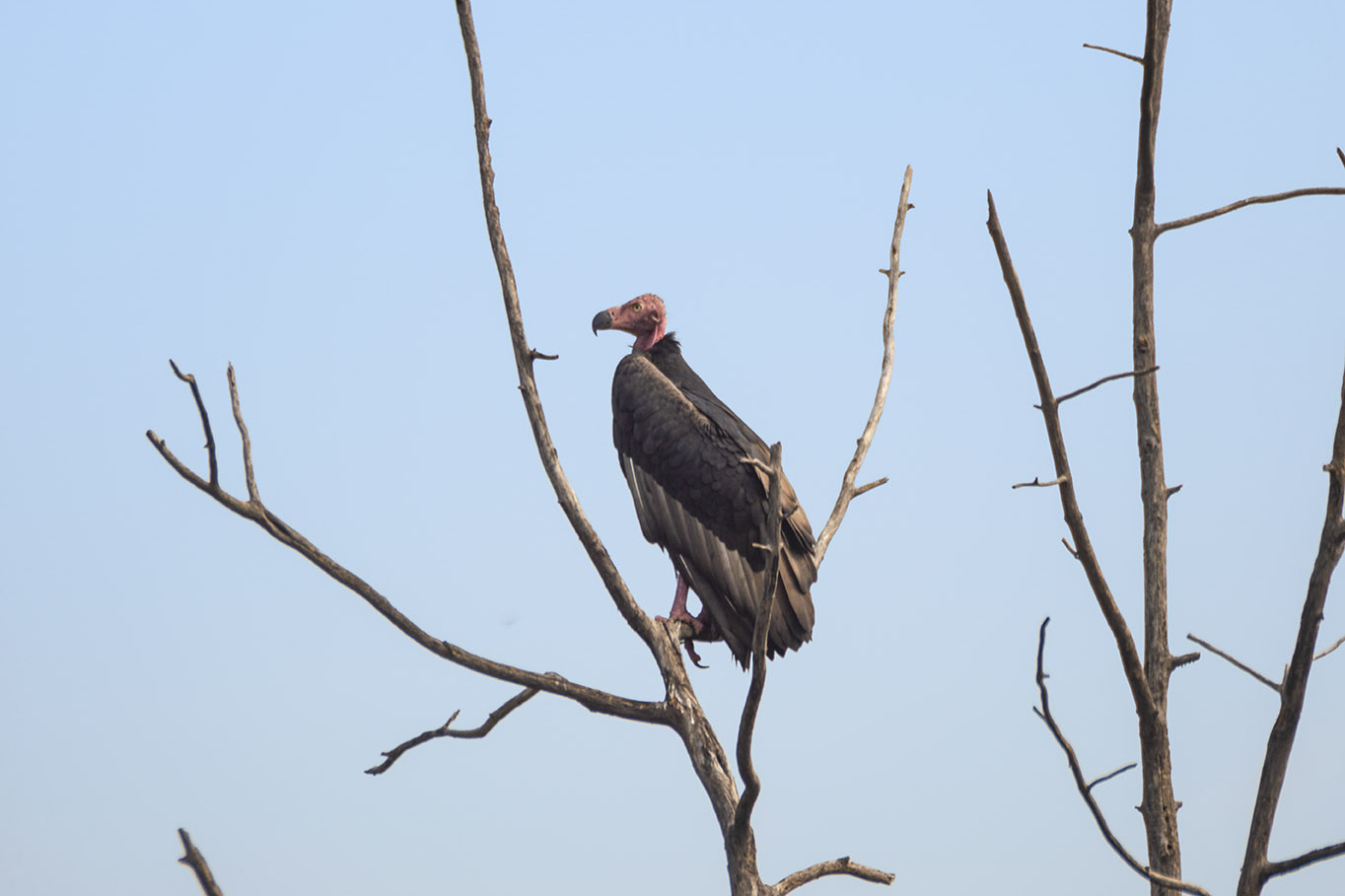 Panna National Park is famous for its wild animals like Bengal tiger, leopard,sloth bear, nilgai, chinkara, wild dog, wolf, hyena, caracal,and many more. One of the major attractions in Panna Tiger reserve other than Bengal tiger is Ghariyal, a fish eating crocodile.

Apart from the mammals there are around 200 species of birds which includes even the migratory birds. Some of the Avifauna that are found here are white necked stork, honey buzzard, king vulture, bar headed goose, Paradise flycatcher, Indian vulture. The rich variety of avifauna found in the park makes it one of the best bird watching places in India.

One can hear the beautiful sounds of different species of bird which is  a treat to the ears. From the bareheaded goose to the rarely spotted Indian heron there are a variety of birds along with migratory birds to watch and enjoy the beauty of each bird. Panna is also home for a variety of reptiles like the python.

Different Gates in the Park

The park is divided into different gates namely Madla, Hinouta which are the core entry gates and Akola, Harsa and Khajurikudar.

Madla gate is one of the most popular gates for Panna National Park. Hiring guides and vehicles are much easier here. Jeep and Canter safari are available here and chances of spotting tigers is more here. Hinauta is close to Panna and is open to the public from 16th October to 30th June. The terrain in this gate is dry and rocky.

Tourists can book the ticket either online from the MP forest Department website or can also book at the entrance of the gate. All the formalities in front of the gate take close to 20 minutes so it is always better to go 30 minutes earlier prior to the start of the safari.

It is the natural waterfall on the Ken River located in Khajuraho district of Madhya Pradesh. Raneh falls makes a 30 m deep and 5 km long canyon which is formed with pure crystalline granite which is present in different colors namely pink, green and grey. There are a series of waterfalls in the canyon. Some are seasonal and some appear all the year.

It is a beautiful waterfall located in the Panna district of Madhya Pradesh. The falls is named after Pandavas brothers of Hindu Epic Mahabharata supposedly visited this place. It is the best place for nature lovers with greenery all around with sparkling water.

This was established mainly to conserve the endangered species of Gharial. The sanctuary is named after a 6 feet long fish eating Gharial which is a rare species of crocodile. The sanctuary is located at the confluence of Ken and Khudar Rivers in the Chhatarpur district of Madhya Pradesh. The sanctuary is home for Sambar Deer, nilgai, peafowl, chinkara, wild boar, spotted deer and in the flora the sanctuary has teak, sal, saja, Amaltas, Haldina and many more.

Built in the year 1692, the place is a pilgrimage centre for Pranamis.  The temple was built in Hindu Muslim architectural style. It attracts thousands of pilgrims on Sharada Poornima. It is believed that Mahatma Prannathji stayed in this place for 11 years.

It is further believed that his samadhi is inside of the domes in the temple. The temple comprises domes, lotus structures all around. The temple is divided into six parts namely Shri Gummatji, Shri Sadguru, Shri Bangalaji, Shri Baijurajji Mandir, Shri Chopada Mandir and Shri Khijada Mandir. Shri Gummatji is the major attraction with nine marble domes.