Best time to visit: March to June and September to October

It is the second oldest National Park in India. The total area including the parks, sanctuaries is 3,300 square Kilometres. The government of Tamil Nadu declared Mudumalai National park as a tiger reserve in order to protect the tigers from being killed. 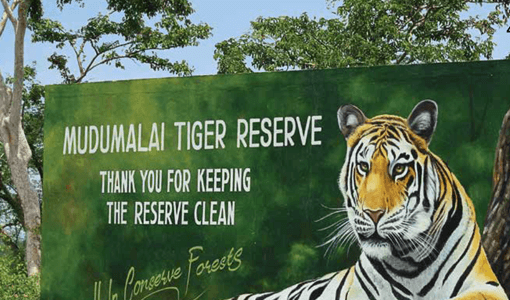 Mudumalai  tiger reserve is at about 150 Km from Coimbatore, around 70Km from Ooty and 90 Km from Mysore. The park is on the Ooty Mysore road and in 2007 it  was declared as a tiger reserve by the Tamil Nadu government to protect the tigers in the park.

The park is divided into five ranges known as Masinagudi, Thepakadu, mudumalai, Kargudi and Nellakota.

The park has a variety of habitats like Tropical moist forest, Tropical dry forest, scrubs forests, Secondary grasslands, shrubs and also Swamps are present here.  The dry deciduous forest can be seen along the river Moyar, Thepakadu. The park receives heavy rainfall during monsoon season. The annual rainfall exceeds 2,000 mm.

The rich flora and fauna in the Mudumalai national park attracts thousands of visitors every year. The park is blessed with different terrain. They are tropical moist deciduous forests which are found in western Benne block,  tropical dry deciduous forest and southern tropical thorn forest in the east. We can even witness some patches of tropical semi evergreen forest in the Southwest and Western part of the reserve.  Due to different terrain the forests receive different amounts of rainfall.

The tropical moist deciduous forest receives the highest rainfall as compared to the others. Due to different terrain even the flora is very diverse and different from one part of the reserve to the other. Some of the important trees that are found in the reserve are Bamboo, Natural teak, Rosewood, Sandalwood, Jamun, tamarind, Banyan and many more. There are two types of Bamboos grown in Mudumalai that are Bambusa and Dendrocalamus strictus. Elephants and Gaur eat both varieties of bamboo.

Moist Bamboo brakes are found in dry deciduous, moist deciduous and  semi evergreen forest and also all along the riparian and swamps. A green riparian strip can also be seen along the shore of dry seasonal and perennial streams. This part of the forest remains green throughout the year. Some of the wild animals like elephants, gaur, sambar, and tiger make use of these green patches for resting and feeding.

Wild species of plants like wild ginger, wild rice, cinnamon, mango, guava are also found in the park. The breathtaking natural beauty, flora and fauna truly are a feast for the eyes of the tourists.

Mudumalai national park is also known as tiger reserve. The reserve has wild animals like leopards, fishes, deer, reptiles and mammals. There are around 50 species of fishes, 21 species of amphibians, 227 species of birds and 55 species of mammals. 8% of the total species of birds in India are found in this reserve.

The most important reason for the tourists to visit Mudumalai is the tiger. The protected area is a home for animals like elephant, Bengal tiger, gaur and leopard. Sometimes these animals come to Moyar river to quench their thirst. The major cats that are found in the reserve are Bengal tiger, Indian leopard, jungle cat and leopard cat.

Some of the other animals that can be seen are Sambar deer, chital deer, sloth bear, golden jackal, grey langur, Indian giant squirrel and among the reptiles are the Asian pit vipers, monitor lizard, python and flying lizard.

Birds are in large varieties. Some of the birds that can be seen include crested hawk eagle, Malabar trogon, rufous-bellied eagle, brown hawk owl, minivets, hornbill, golden oriole, paradise flycatcher, golden backed woodpecker, black eagle, fairy bluebird, mottled wood owl and many more… The park consists of around 227 different species of birds,110 species of insectivores, 62 are carnivores, 23 species are fishivores and12 species of omnivores and 20 species are granivores.

Considering the safety of the visitors and to maintain the tiger reserve the walking or taking of private vehicles is  strictly banned. Safari rides can be done through the Jeep or open van maintained by the reserve. Elephant rides are also available. The park is open throughout the year on all days. The park is closed for any vehicular movement or walking from 10pm-6am.

Safari is the major attraction in this tiger reserve. There is both Van safari and Elephant safari. Since safari rides are available only in the morning and evening it is advisable to reach at least 30 mins prior before the starting of the safari. The safari rides are booked on the first come first serve basis at the Mudumalai safari office. 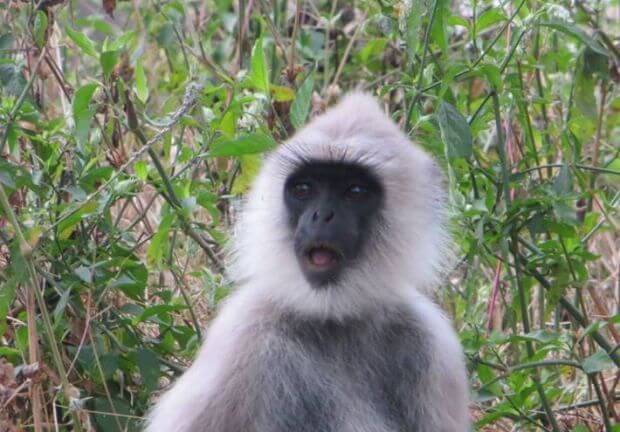 Jeep safari- this is organised by the forest department. Only 2 gypsies are available and hence it may be difficult to get.

Mudumalai has a moderate climate and winters are pretty cold and summers are pretty hot. The summer months are from March-May where the weather is pretty warm and dry. Spotting animals during the summer season is pretty easy as they come near water sources to quench their thirst. Winters are from October to December. Spotting animals during this period is a little harder as compared to summer months. Monsoon months are from June to September.

How to reach Mudumalai National Park

By Air: Coimbatore, 160 km. away is the closest airport. It is an international airport. Cabs can be hired to reach the park.

By Rail: Udhagamandalam or Ooty at a distance of 64 km is the nearest railway station.

By Road: Gudalur, 16 km is the nearest town. There are small government minibuses, cabs and private buses available from here. One can hire these taxis and reach the park.

Other activities to enjoy

Some of the other activities which tourists can do in the park are bird watching and camping. One can visit Thepakadu elephant camp which provides the tourists to watch the elephants in their natural habitat. They can also feed them and give baths to them. One can also see many waterfalls and scenic beauty in Mudumalai.