Sundarbans National park is located in the state of West Bengal, India. It is also a tiger reserve and Biosphere reserve. It is a UNESCO World Heritage site. The Sundarbans is part of the largest delta formed by river Ganga, Brahmaputra and Meghna river.

The delta is spread over an area of 10,000 square Kilometres across India and Bangladesh. The delta is densely covered with mangrove forest and it is one of the largest reserves for Bengal tigers. Sundarbans got its name from the Sundari tree present in the forest. 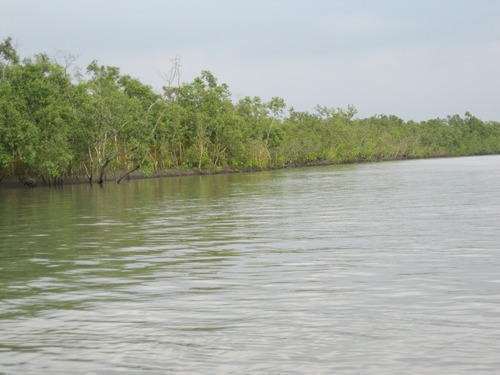 Summer Season: The summer months are from March to May. It is very uncomfortable in summer as the temperature may go upto 42 degree celsius. One cannot enjoy the boat safari due to extreme heat waves.

Monsoon season:  The monsoon months are from June to September. It receives plenty of rainfall during the monsoon season. The temperature hovers around 35 degree celsius and the climate remains very humid which makes it very uncomfortable

Winter season: The winter months are from November to February. It is considered to be the best time to visit the park. The weather remains pleasant and tourists can enjoy the boat safari and the greenery all around. The minimum temperature hovers around 10 degree celsius.

Sundarbans National Park offers only boat Safari. The boat safari is from 8:30 am to 4 pm and boats are allowed inside Sundarban after 6 pm. The boats are specially designed to get the maximum view of the flora and fauna of the park. There are boats ranging from four seats to forty seats depending upon the number of people one can choose their boat.

The tourists must register with the tourism department of West Bengal for the required boat. Food is usually provided in the boat itself  but now due to covid not sure of it.

The park is open from 8 am to 6 pm from Monday to Friday and on Saturday and Sunday the park remains open from 10 am to 4 pm. The park area remains closed on Sunday. Special permits are required to visit the park. It can be easily obtained from the office of the field director, Sundarban tiger reserve, Canning, Sonakali, Bagna, Sajenekhali. The permit is valid for 5 days and can be extended further by the forest officer if requested. 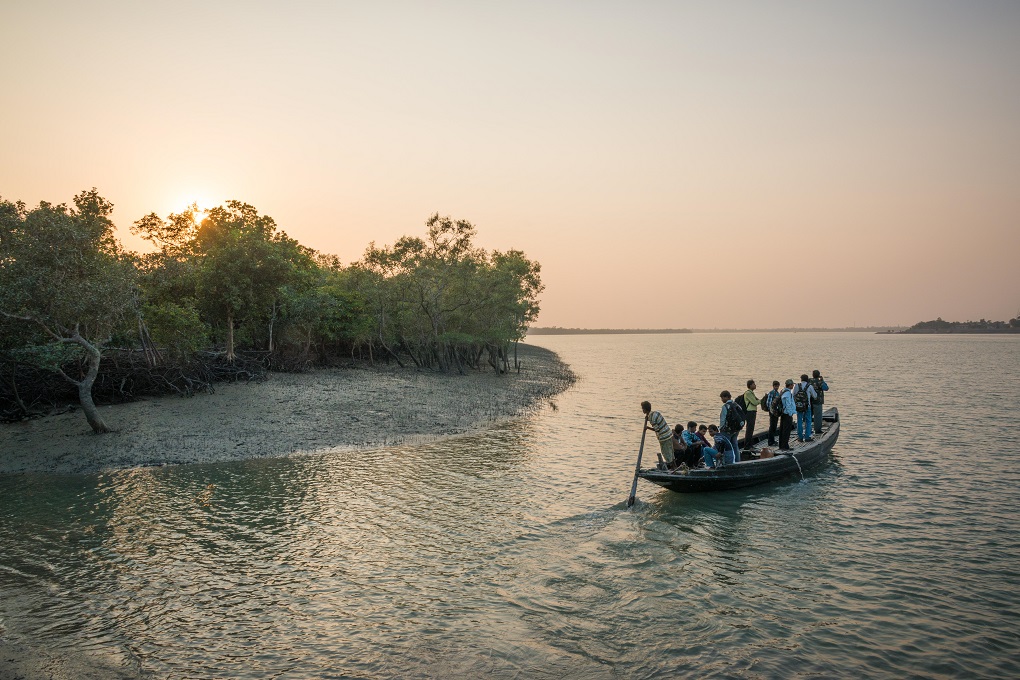 Sundarbans National Park is one of the most important tourist places in West Bengal India.  It is easily accessible by air, road and rail.

By Air: The nearest airport is the Netaji Subhash Chandra airport at Dum Dum Kolkata West Bengal. The airport is around 112 kilometres away from the park. It is well connected both by domestic and international places. From airport one can take either road or rail journey to reach the Park

By Rail: The nearest railway station is Canning which is around 50 kilometres away from the Park. one can reach Canning from Sealdah railway station which is the important junction and connected to major cities in India. Canning is around one and half hour train ride from Sealdah. From there One can  hire a private cab to reach Godkhali port.

By Road : A well-laid network of roadways from Kolkata to Sunderbans with a proximate distance of 110 kms . Public transport is very easily accessible with additional ways into waterways from Sonakhali , Namkhana , Canning , Raidighi and Najat. There are also both public and private buses. 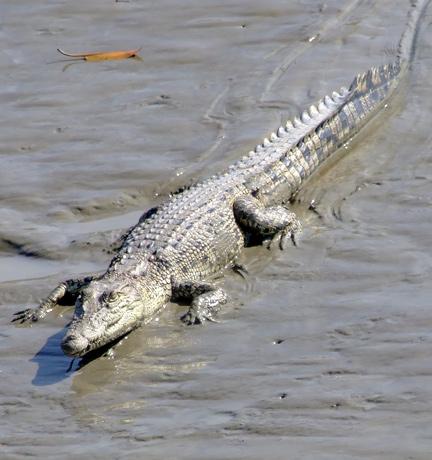 Earlier in the 13th century the land was believed to be the shelter place for refugees which is now a World Heritage Site. Later in 1658, the Mughals started to give a lot of importance to the mangrove delta as it was a very good source of revenue.

Geography of the park

Sundarbans is located at 24, South Parganas. The total area of the park is 1330,10 square kilometres.  The park constitutes around 54 islands. There are seven major rivers and many water resources in the delta. The mudflats are located at the estuaries on the deltaic islands. These flats get submerged during high tides. The average temperature ranges from 20 degree celsius to 48 degree celsius. It becomes very humid during monsoon season.  It receives heavy rainfall during monsoon season. 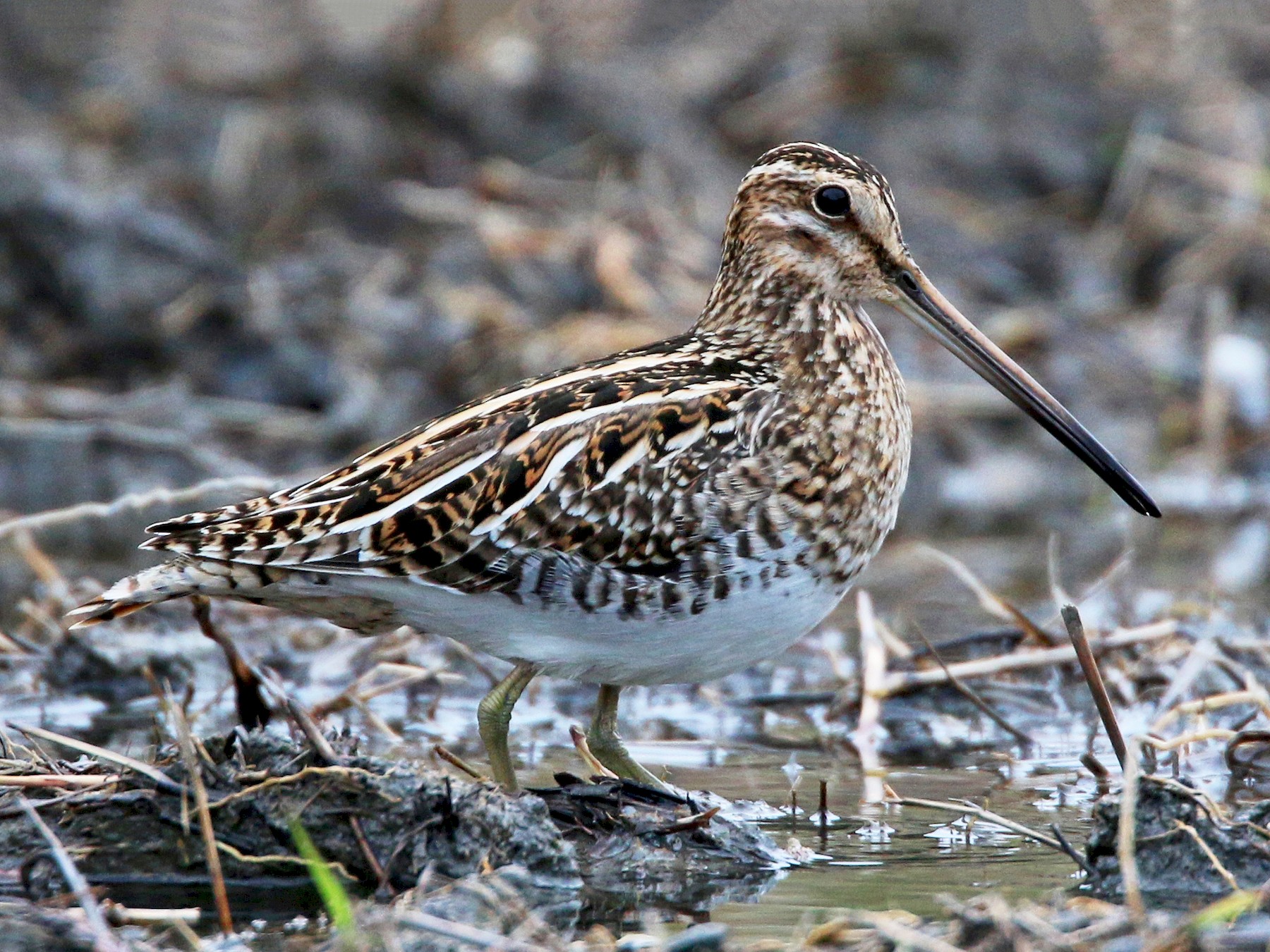 Sundarban is home to rich varieties of flora and fauna. Sunderbans got its name from the sundari tree  (a special kind of mangrove tree) present in the forest. There are around 64 species of plants in the forest. Some of  the mangrove trees have the roots coming out of the ground which helps in respiration of the trees. The high salt content in the soil makes the leaves succulent. As the Sundarbans has an estuarine ecosystem the vegetation is mostly that of flood plains  mangroves.

Sundarbans National park is rich in wildlife. Sundarbans is home for some of the rare and globally threatened animals.  The park is home to around 1600 different species of fauna which includes mammals, reptiles, birds and marine mammals. According to the West Bengal forest department there are around 96 tigers in the forest.

The beauty of these tigers is that they have developed a different  style of swimming in the saline water. They have developed the habit of eating man. Most of the animals including tigers can be seen near the river banks between November to February.

Reptiles: The Estuarine crocodile is found here due to the mangrove ecosystem. Other than this some of the other reptiles that are found here are monitor lizards, turtles, pythons, red tailed bamboo pit viper, King cobra, Russel viper and green sea turtle.

Birds: One can hear  chirping sounds of the birds all around Sundarbans. Some of the birds present here are green pigeons, wood piper, jungle crows, spoon bills, gray herons, seagulls, jungle babblers, kingfisher, cotton teals, Eurasian whimbrels  to name some. There are around 200 different species of birds including the migratory birds in the park. The place is also known as kingfisher paradise as there are around 10 different species of kingfisher.

Sajnekhali Water tower: Due to the close proximity to a number of resorts this tower is a very important tourist place. It is also the head office of the forest department from where permits to enter the forest are taken. This place gives a spectacular view of the forest and can accommodate 20 people at a time. Timing is from 7 am to 5 pm.

Sudhanyakhali watch tower: If Sajnekhali tower is for watching birds then Sudhanyakhali is for watching wild animals. It can hold upto 25 people. There is a small sweet water pond behind the tower where animals come to drink water. Other than tigers some of the animals that can be seen here are crocodiles, wild boars and some others.

Bhagabatpur crocodile sanctuary: This is the place where estuarine crocodile and baska species of tortoise hatch. This place is easily accessible from Namkhanaand. The visiting hours are from 7 am to 5 pm with a minimal fee.

Piyali Island: It is a small town and gateway to Sundarbans. Piyali river flows through the island to reach Malta river. There is a bridge over the Piyali river for smooth travelling for the tourist. It is good to go for a boat ride to see the scenic beauty of the island.

Lothian island wildlife sanctuary: It is one of the most famous wildlife sanctuaries in 24, south parganas. It is famous for olive ridley turtles, jungle cats, spotted deer, estuarine crocodiles and some birds like kingfisher, tern, whimbrel and white bellied sea eagle.

Haliday Island WildLife Sanctuary: The sanctuary is located close to the Matla River.  The Haliday Island WildLife Sanctuary is spread across an area of 6 square kilometers which is a part of the Sundarbans Biosphere Reserve. The sanctuary is home for  animals  like rhesus macaque, barking deer, wild boars and many more, along with different varieties of fishes. The visiting hours are between 7:00 AM to 5:00 PM and there is a minimal entry fee.