Mukurthi National park is under the Nilgiri Biosphere Reserve along with Bandipur, Nagarhole, silent valley, National park and Wayanad, Aralam and Sathyamangalam wild life sanctuaries and is one of the best places for trekkers and nature lovers.

Mukurthi National Park is located in the western  corner of Nilgiri Plateau in the state of Tamil Nadu, India.  The park is part of the Western Ghats; it has been under the UNESCO world Heritage Site since 2012. Spread over an area of 78.46 square kilometre the park was mainly established to protect the keystone species( species which plays a key role in maintaining the ecological community) called Nilgiri tahr. Earlier the park was known as Nilgiri Tahr National Park. Because of the natural beauty and rich flora and fauna, Mukurthi National park is an important tourist’s destination in Tamil Nadu. 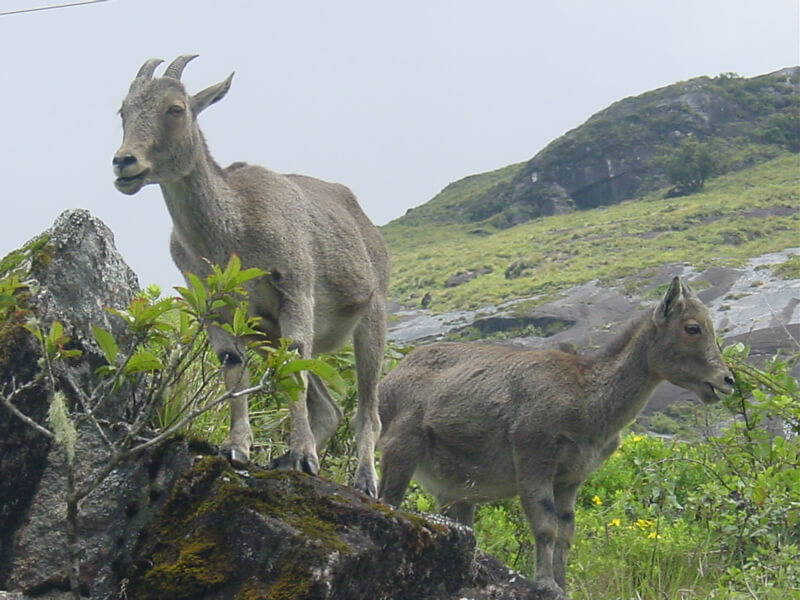 The park has montane grassland and shrublands with sholas in the high altitude area of rainfall with freezing temperatures and high winds. The forest is in crescent shape facing to the west

Pykara and Kundah rivers flow through the park along with several perennial streams that originate in the park and drain into the Bhavani Puzha The elevation of the park varies from 1,500 m to 2,629 m with Mukurthi and Niligiri being the highest peaks.

The Mukurthi National park receives water from Billithadahalla, pykara and Kundah rivers and also from the reservoirs of Upper Bhavani and Mukurthi. Along with these rivers and reservoirs the park also has several perennial streams that originate in the park and which drain to Bhavani Puzha. Mukurthi dam has been built at the foot hill for the Pykara hydro electricity project. Some of the peak hills in the park are Nilgiri peak , Mukurthi, Gulkal, Pichalabetta and Nadugani.

Timings and best time to visit the Park

The best time to visit the park is from February-May and September- November when the weather is pleasant and a very good time to do trekking.  The Park is open on all days from 9 am-5:30 pm except on Tuesday. The park remains closed on Tuesday for the entire day.

The national park in biodiversity or any National park is strictly for improving the life of wildlife animals and to protect the endangered animals. Hunting and poaching is strictly prohibited. The park is managed and maintained by Tamil Nadu forest department. The main aim is to protect the endangered Shola grassland ecosystem and to maintain the flora and fauna of the park.

The park is blessed with some mesmerising flora and fauna. Tourists will thoroughly enjoy the beauty of the park. Some of the endemic plants that are present in the park are scapigerous annual impatiens plants and Hedyotis verticillaris.

All along the edges of the sholas one can find shrubs like Gaultheria fragrantissima, Helichrysum and Berberis tinctoria. Other plants which can be seen here are Rhododendrons, Cinnamon, Mahonia, Satyrium, Raspberries and many more. However the flora of the park is getting affected by  the small hydro electric projects and vehicular movement within the park.

Being a part of Western Ghats the Mukurthi National park has a wide range of birds, reptiles, insects and different carnivores and herbivores. The park houses some of the endangered wild species like Nilgiri tahr, Indian elephants, Nilgiri Langur, Bengal tiger and bonnet macaque.

The park has a wide range of birds like black bulbul, Kestrel, grey headed flycatcher, beautiful parrots, eagles and vultures. One can also be lucky to see some of the reptiles like Nilgiri gecko, snakes, horseshoe pit viper. The tourists are lucky to see many other species of butterflies, amphibians and aquatic animals. Finally it can be said that Mukurthi national park is a paradise for nature lovers.

Trekking and Camping in the Park

Other than watching the beautiful flora and fauna some more attractions in the park include trekking, one can see beautiful nature from Mukurthi peak and Mukurthi dam. To do trekking one should take permission from the forest department. One can also plan to visit Silent valley national park and Mudumalai national park which is quite close by to Mukurthi national park.

Before going for trekking one has to submit an application to the range officer for his approval. The trekking route includes places like Mukurthi Peak, Western Catchment, Bangitapol, Musimundo, Sispara, Silent Valley, Avalanchi among other places. The length of the trek may vary from 8 to 60 Km. Tourists are divided into 20 member groups and each group is provided with an instructor. Along with the instructors the group is provided with porters, tents, guides and food. The trekkers should bring sleeping bags and rucksacks for night halt.

By rail: Nearest railway station is Udagamadalam (Ooty ) which is around 40 Km from the Mukurthi National Park. Tourists can book a cab or take a bus from the railway station to reach the park.