Kodaikanal is a prominent hill station located in Tamil Nadu, India. It is in the Dindigul district of Tamil Nadu.  In Tamil Kodaikanal means, “ The Gift of Forest.”   Kodaikanal is an amalgamation of two words- Kodai and Kanal. Standing at an elevation of 2,133 m

Kodaikanal  is known as the “ Princess of the Hill Station.” Kodaikanal has many local names. Recently the tourists and the locals have called Kodaikanl as “ Switzerland of the East” and “Summer heaven.”  The place is known for its rich flora. Kodaikanal is at the tip of the Palani Hills which is covered with thick forests.

Some of the important trees that are found here are eucalyptus, cypress, acacia along with Shola forest. The place is filled with many waterfalls, beautiful gardens and flower beds with large Dahlia which is the main attraction in Bryant Park. 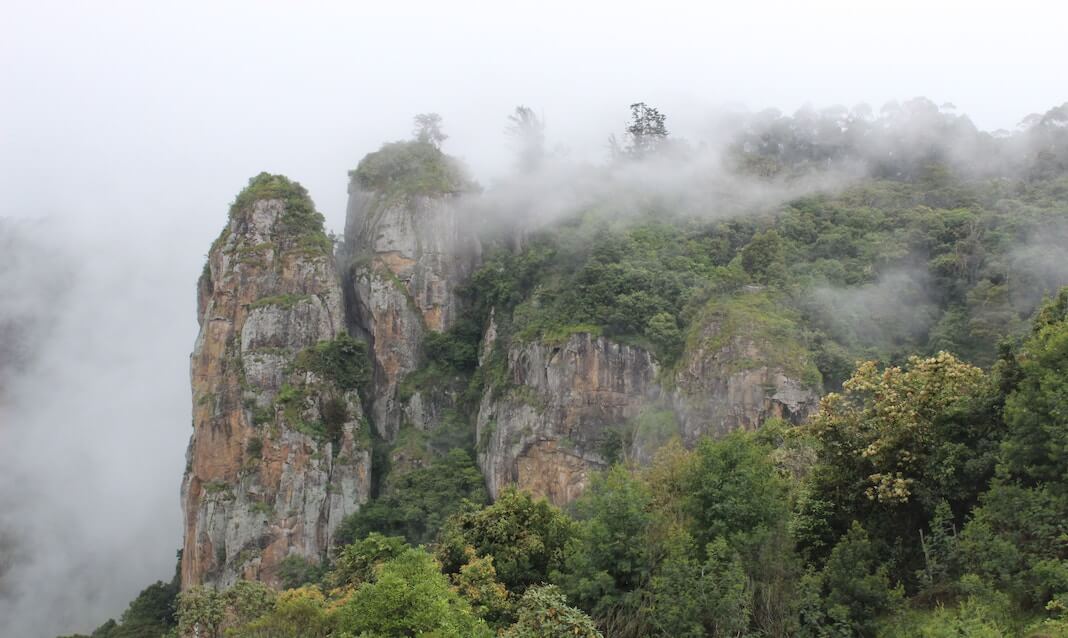 The Hill station was developed in 1845 by American Christian Missionaries and British bureaucrats to stay away from high temperatures and also tropical diseases of the plains. The earliest residents of Kodaikanal were Paliyan tribal people. The references to this are found in Tamil Sangam Literature.

Tourists can also indulge themselves in some shopping in Travancore Crafts Work, Khadi Emporium,  Handloom Cooperative stores and in local markets.

Being the Hill station Kodiakanal enjoys a pleasant climate throughout the year. The place has a subtropical highland climate.

Summer season: Summer months are from March to May.  The maximum temperature hovers around 25 degree Celsius. The weather remains pleasant during summer season

Monsoon season: Monsoon months are from June to September. Kodaikanal experiences moderate rainfall during monsoon season. The hill slopes become slippery and the waterfall would be very harsh.

Winter Season: November to February are winter months. The minimum temperature hovers around 10 degree Celsius. The chill in the air can be felt.

Kodaikanal can be visited throughout the year. However the best time to visit is from April to June and October to February. 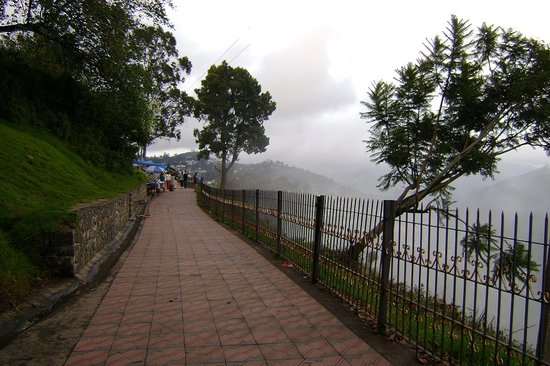 How to reach Kodaikanal

Kodaikanal is easily accessible by air, rail and road.

By air: Madurai International Airport is the nearest airport. It is at a distance of around 120 kilometers from Kodaikanal. From the airport one can take a cab or taxi and drive down to the place.

By road: Kodaikanal has a well connected road service from most of the major cities of South India. Both government and private buses are available . 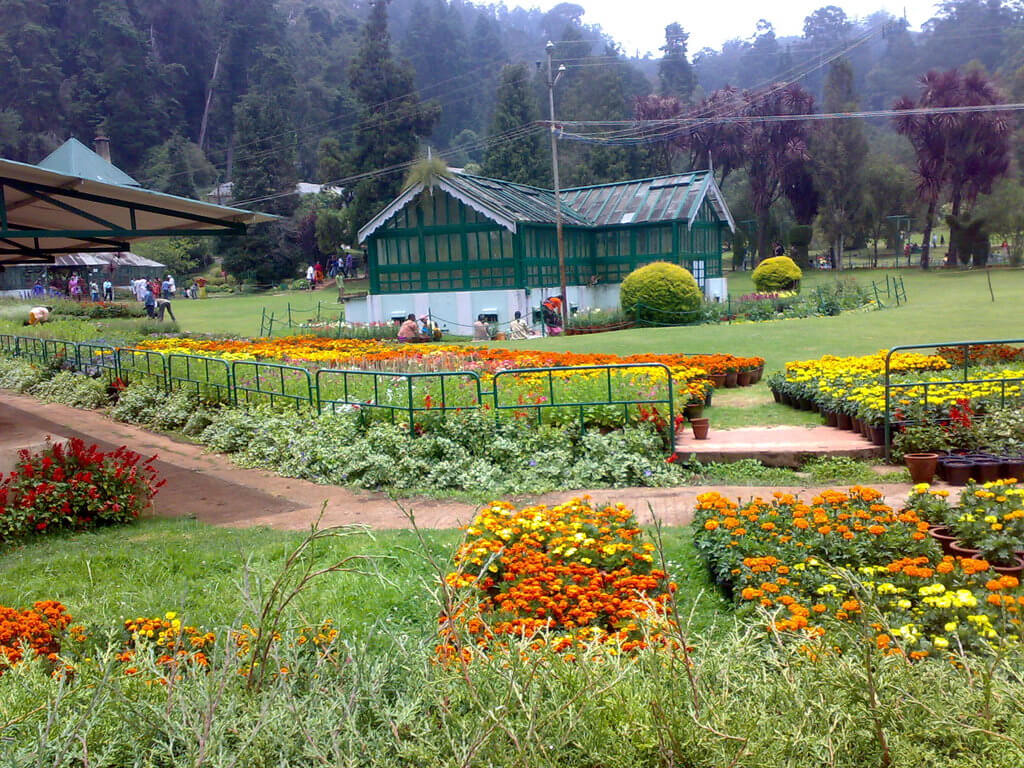 Kodaikanal has many places of interest.

Bryant Park is a beautiful Botanical garden located very close to Kodai Lake. The park is spread over an area of 8.3 hectares and is very well maintained. It was built in 1908 by the then Forest Officer called Bryant.

The park has around 325 species of trees, shrubs and cacti. The park is famous for many colourful flowers and roses. There is a 160 year old eucalyptus tree and also a Bodhi tree which has a religious significance.

The park organizes a  flower show every summer in the month of May. The show is organsied by the department of Horticulture and exhibits many kinds of vegetables and flowers. The park is open throughout the year for tourists.

Coakers Walk is one of the most popular tourist places in Kodaikanal. Coakers walk was built by Lt Coaker in 1872. It is just half a kilometer away from the Kodaikanal lake and is on a vertical steep slope of mountains.

The walking path starts from Van Allen Hospital and ends at Mount Nebo. The complete path is fenced for the safety of the walkers. There is also an observatory half way in the path which has a telescope. 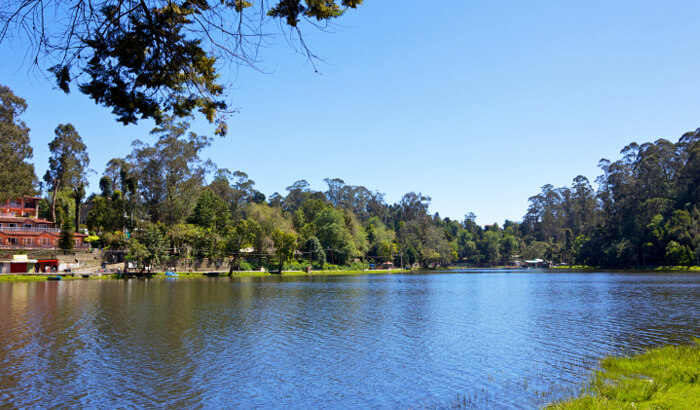 Kodaikanal lake is one of the most important tourist places in the city. It is a manmade lake with an elevation of 2285 m above mean sea level.

The lake  is in star shape on 45 hectares of land and was built in 1863 by Sir Vere Henry Levinge the then collector of Madurai. He moved to Kodaikanal after his retirement and decided to build this beautiful lake on Marshy land. He also bought boats from Tuticorin

There are row boats and paddle boats which tourists can be hired at Kodaikanal Boat Club. Both fishing and boating are the important activities which tourists do in the lake.

They can also walk around the lake which has a 5 km walking path along the side of the lake. Kurinji flower which blooms once in 12 years is seen near the catchment area of the lake.

It was earlier called as suicide point. The best time to visit this place is from 10 am to 3 pm otherwise the valley gets covered with mist. 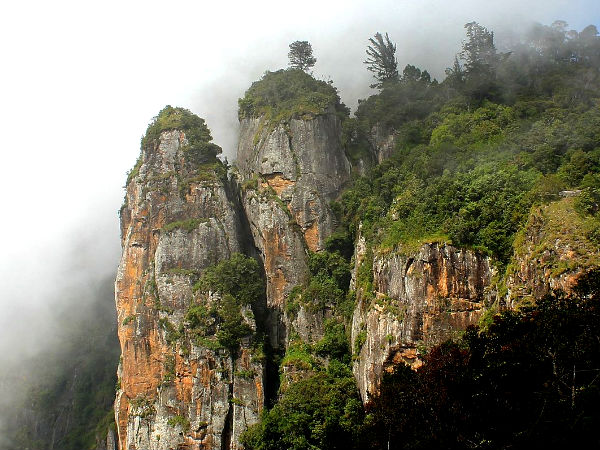 Located just 8 kms from the bus stand, these gigantic three rock pillars stand vertical at 400 ft high.  It is very well maintained by the Tamil Nadu Forest Department. There is a mini garden just adjacent to the viewpoint. There are chambers between these three rocks known as Guna Caves or Devil’s Kitchen.

These caves are now closed to the public due to many deaths. Sometimes Fog and mist covers these rocks playing hide and seek with the tourists.

It is a flat rock located at the edge of a cliff resembling the Dolphin’s nose with an altitude of 6,600 feet. One can experience the beautiful view of valleys, rugged terrains and greenery all around.

To reach this point one has to do at least 1 km of trekking along the rocks of Palani Hill Range. On reaching Dolphin’s nose one can see a panoramic view of Mettupalayam plains, Catherine Falls and Kotagiri hills. There is a small path which leads to Pambar Falls.

It is located at the Southern tip of the beautiful Palani Hills. It is at a height of 2,343 m which is the highest location near Kodai.

The first observation commenced in 1901 and is maintained by the Indian Institute of Astrophysics. In January 1909 the first Evershed effect was detected in this observatory. Currently there are two full time scientists and three technicians.

The observatory has a small museum for the visitors.  Pictorial display and the model exhibit are the main attractions of the museum.

The visitors can also see the live solar image and also Fraunhofer spectrum. Another main attraction here is the library which has a collection of astronomical literature.  The observatory also has a telescope which gives a splendid view of Vaigai Dam and Sothuparai Dam. 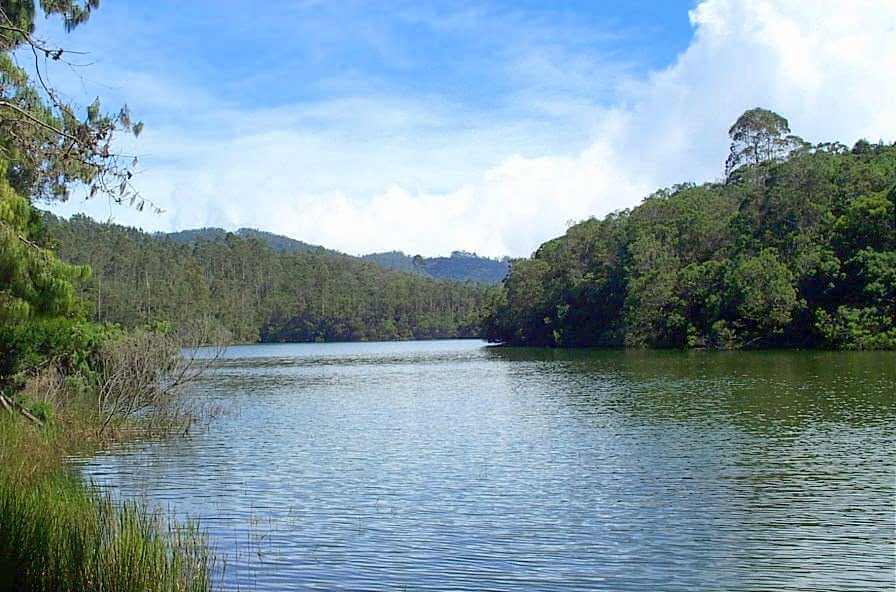 Berijam lake is located at the end of pillar rock road and is 21 kms from the Kodaikanal lake. Boating is prohibited as the nearby villages are provided drinking water from this lake.

Entry is restricted to the forest from 9:30 am to 3 pm. Some of the wild animals that are present in this area are Bison, deer, panthers, Nilgiri Langur and snakes.

Kurinji Andavar temple is dedicated to Lord Murugan. It was built in 1936 by a European woman who converted to Hinduism after coming to Ceylon. The temple is associated with the Kurinji flower which blooms once in 12 years making the whole area turn purple with its beautiful flowers.

Tourists can have a beautiful view of the Palani hills and also Vaigai Dam from the temple. Some of the other nearby attractions include Silent Valley, Medicine Forest and lake view.

This serene and crystal clear lake is located in Mannavanur village which is around 34 kms from Kodaikanal. The village  has terrace farms and the lake adds more beauty to the village.

The drive to the lake is very appealing as there are eucalyptus and pine trees on both the sides of the road. There is not much activity to do other than just relaxing and watching some beautiful birds all around. It is one of the best places for picnics and relaxing.

It is located just around 3 kms from Coakers walk. One can visit this place while visiting Coakers Walk. After reaching here one can have a majestic view of the star-shaped Kodai Lake. A visit to this place is recommended to breathe in some fresh air and enjoy nature's beauty with greenery all around.

It is one of the oldest churches in Kodaikanal. The statue of our Lady is inside this magnificent church. A French Missionary laid the foundation of the church in 1863.

The construction of the church was funded by the Belgian lady in a small gesture to Our Lady of La Salette who cured her daughter. The shrine is a combination of Tamil and French Architecture.

Every year there are grand celebrations on 14th and 15th of August. On 15th August a grand feast is hosted to celebrate the supposed assumption of Mary.

The festival is celebrated for nine days, During this period people from different parts of world come and take the blessings of Our Lady 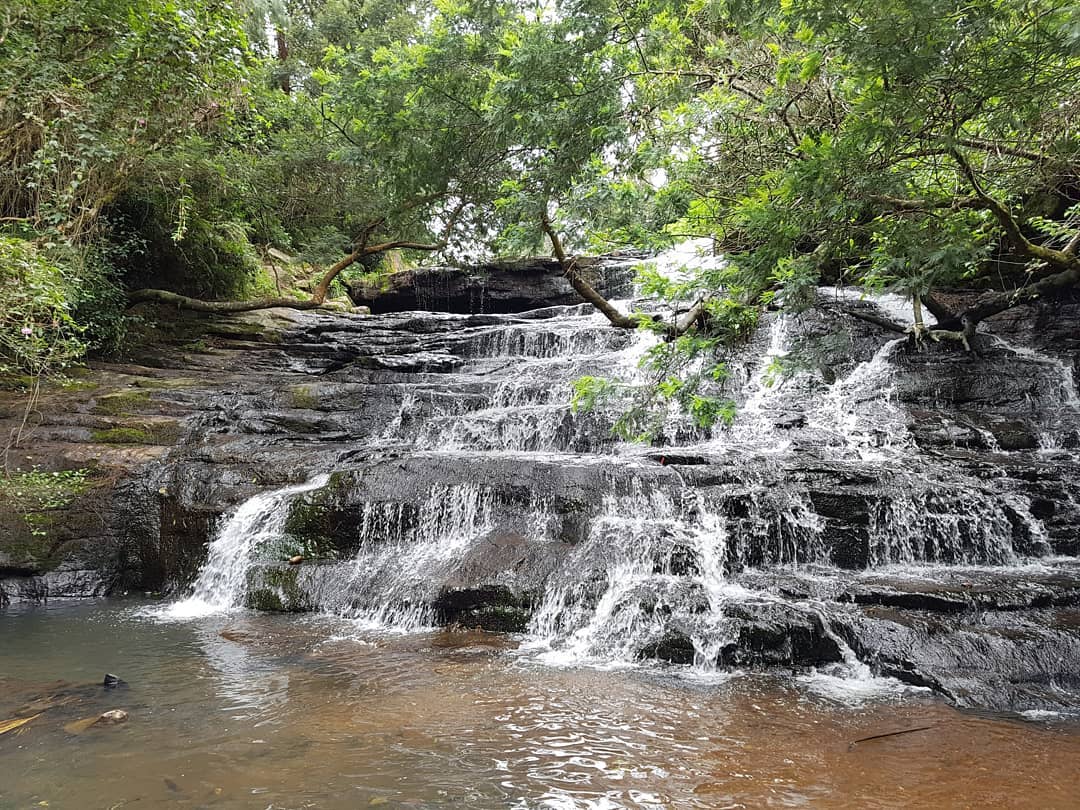 Located just 4 kms from Kodaikanal, Pambar falls is  also known as Green Cascade. It is formed when the rural reservoir flows southwards to join the Vaigai River.

A small pond is formed at the bottom of the fall which is good for bathing and swimming. The place is rich in flora, fauna and avifauna. One can also see many colorful butterflies. 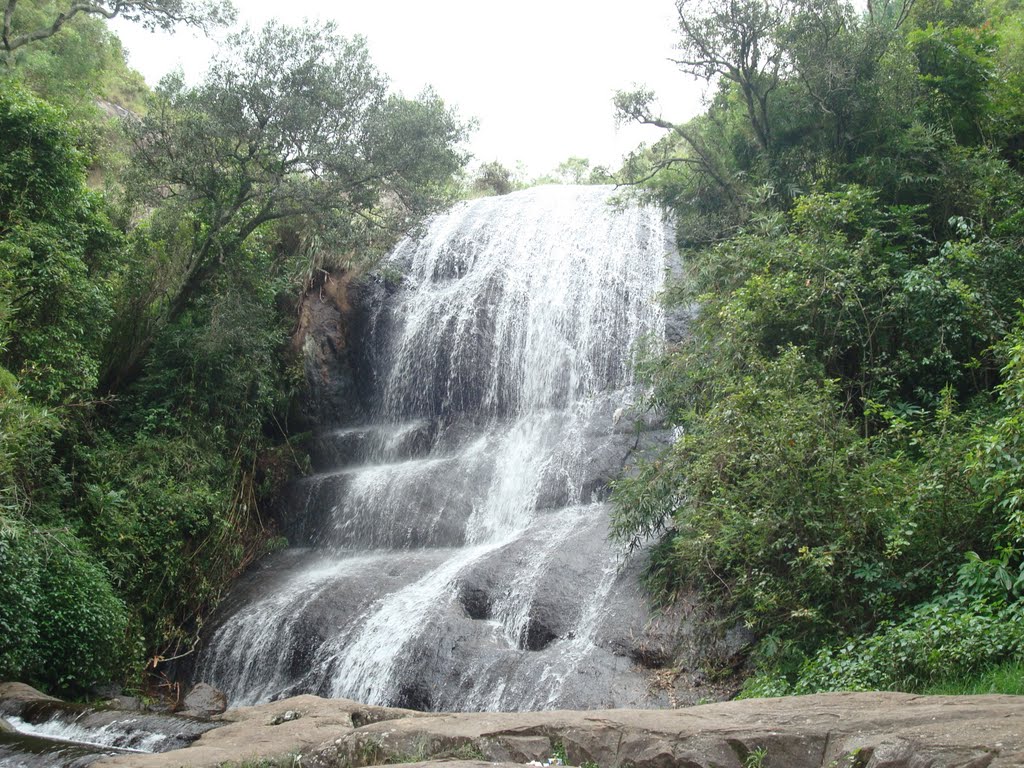 Located at a distance of 2 kms from Kodaikanal, Bear Shola Falls is one of the most beautiful sights to enjoy. Falling from a very great height, the fall is inside the deep forest not disturbed by any human encroachment.  The place is extremely serene and fertile.

The place got its name because in the earlier days it was a favorite place for hunting down bears which used to come here for drinking water.

The forest area of the Western Ghats near the falls in the biodiversity hotspot wherein one can hear the chirping of the birds or can see monkeys, deer or some other animals.

Hidden in the deep dense forest, one of the most spectacular places to visit near Kodaikanal is this falls. Surrounded by thick green trees all around with the chirping of birds and gushing of water from a height makes it a perfect place to visit. One has to do some trekking to reach the falls and need to be careful as the rocks may be slippery.

Silver cascade falls can be seen while going towards Madurai from Kodaikanal. It is a beautiful fall formed from the man-made Kodai lake.

The water falls from an height of 180 m giving a spectacular view to the tourists. Owing to the color of the water the name Silver cascade is given to it. The greenery all around the falls makes it a worth visiting waterfall.

Kodaikanal is truly one of the best hill stations in South India.